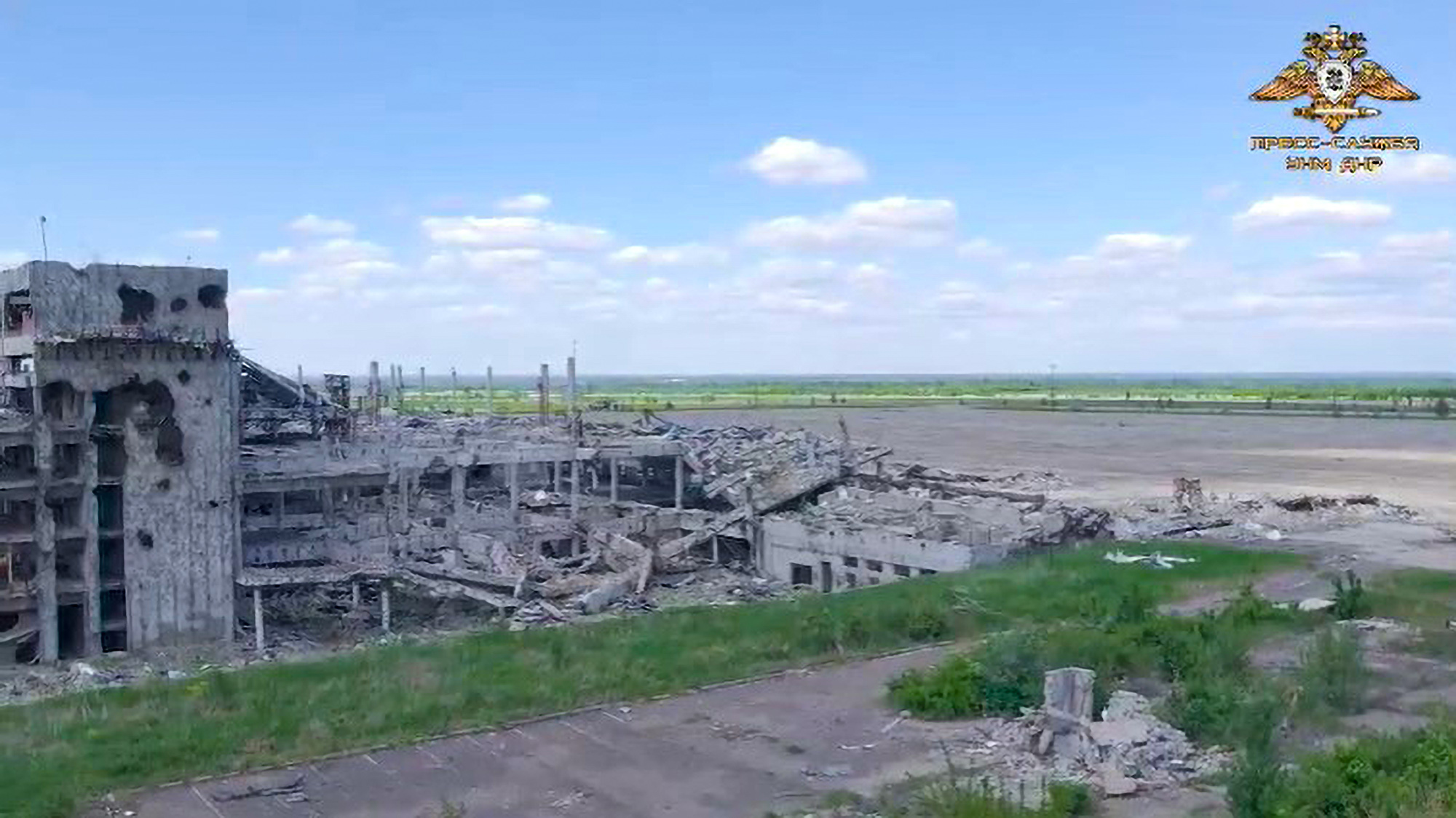 Members of the battalion Sparta still defend the airport in Donetsk - key position in the defense of the DPR. (Press Service of the UNM DPR/Zenger).

A video revealed when fighters of the so-called Donetsk People’s Republic (DPR) patrol the battered Donetsk Airport during the anniversary of the first battle in 2014.

The DPR People’s Militia released a statement on May 25 declaring: “Servicemen of the NM DPR defend the republic’s borders: Donetsk Airport.

“Servicemen of the People’s Militia adamantly stand in positions protecting the people of the DPR from the invasion of the occupying forces of Ukraine and give a proportional response to fire provocation.”

The following day, the militia said: “On the eve of the anniversary of the Ukrainian attack on the Donetsk airport, after which the life of the Donetsk people was divided into ‘before and after’, the fighters of the legendary Sparta battalion spoke about the storming of the airport.”

Following the 2014 ‘Revolution of Dignity’ in Ukraine, the First Battle of Donetsk Airport took place on May 26 and May 27 between the DPR and Ukrainian government forces.

After a Ukrainian victory, the DPR retook the airport during the Second Battle of Donetsk Airport between September 28 2014 and January 21 2015.

Russian troops invaded Ukraine on February 24 in what the Kremlin is still calling a “special military operation”. May 26 marks the 92nd day of the campaign.