In the footage, defending soldiers are seen sending a flurry of rockets into the air from the safety of their foxhole.
By Lee Bullen May 30, 2022
Facebook
Twitter
Linkedin
Email 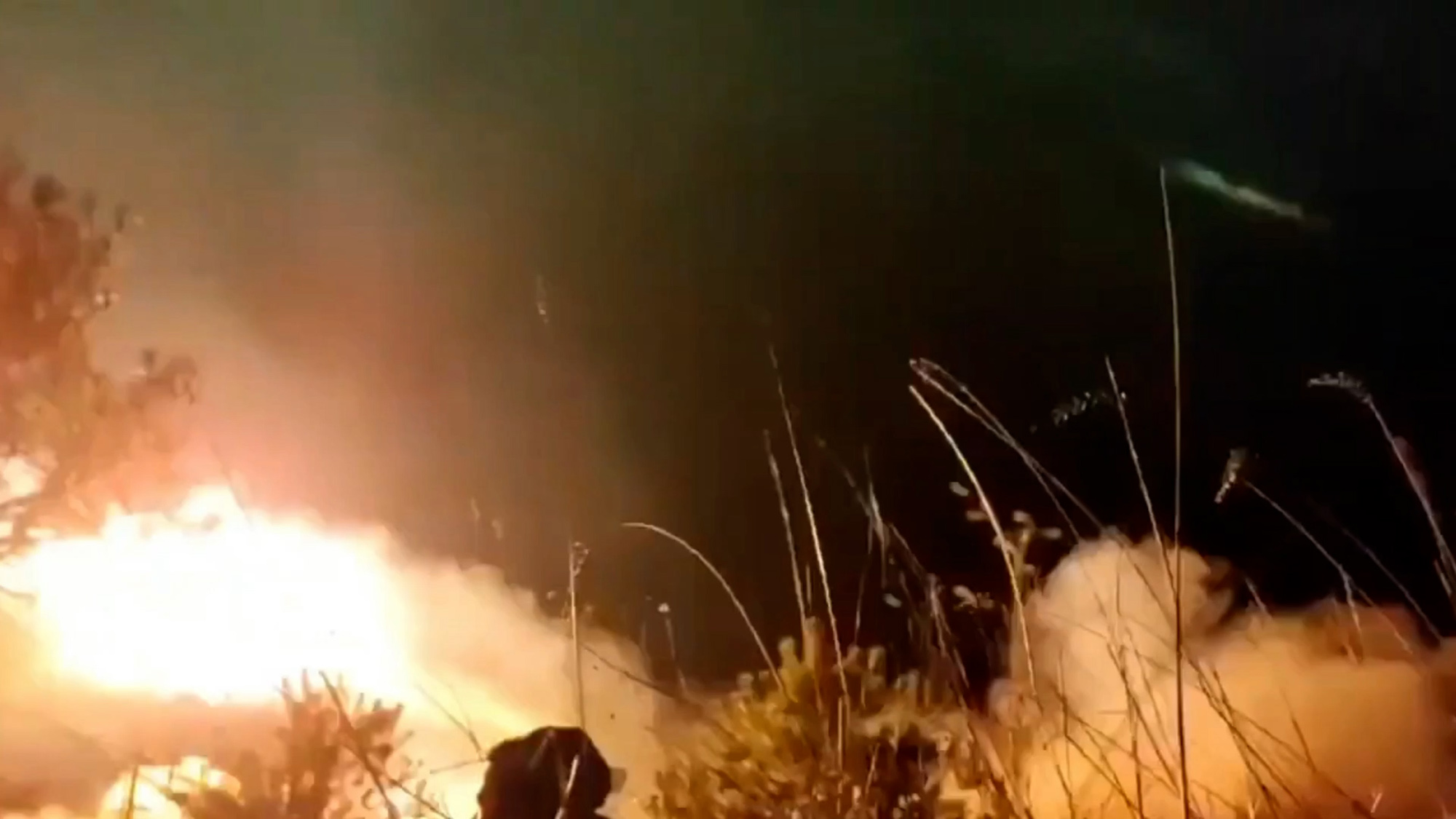 Ukrainian soldiers of the 59th Separate Motorized Infantry Brigade named after Yakov Gandziuk showed how they are 'greeting' the Russians. (@59ompbr.com.ua/Zenger).

Ukrainian defenders fire a flurry of rockets into the night sky to extend a “fiery greeting” to their Russian counterparts, as shown in an official video.

The attack was carried out by members of the 59th Motorized Brigade, named after Yakov Gandziuk, a formation of the Ukrainian Ground Forces.

The Ukrainian military joked that they sent a “fiery greeting” to the Russians to show them how “brightly Ukrainian artillery shines” in the night sky.

In the footage, defending soldiers are seen sending a flurry of rockets into the air from the safety of their foxhole.

The Ukrainian Center for Strategic Communications (StratCom) said on May 26: “That’s how brightly Ukrainian artillery shines for the occupiers!

“The fiery greeting was conveyed to the enemy by the 59th separate motorized infantry brigade named after Yakov Gandziuk.

“We never get tired of looking at the work of our defenders, we believe in the Armed Forces.”

They added that five civilians died, 12 were wounded and 47 civilian sites were destroyed or damaged in the latest attacks.
The death toll from shelling in Ukraine’s second-largest city Kharkiv on May 26 has now reached nine people, including a baby.

Ukrainian President Volodymyr Zelenskyy said on May 26 that lives are lost in Ukraine every moment the West delays putting more pressure on Russia.He said the Donbas could be left uninhabited by the invasion and accused Russia of carrying out a genocide in the region.

From February 24 to May 27, the total combat losses of Russian troops stand at around 29,750 personnel, according to the General Staff of the Armed Forces of Ukraine.