Defenders Blitz Russian Base Set Up In Seized House

The Ukrainian military said the attack took place at a private property in the city of Sievierodonetsk.
By Lee Bullen May 30, 2022
Facebook
Twitter
Linkedin
Email 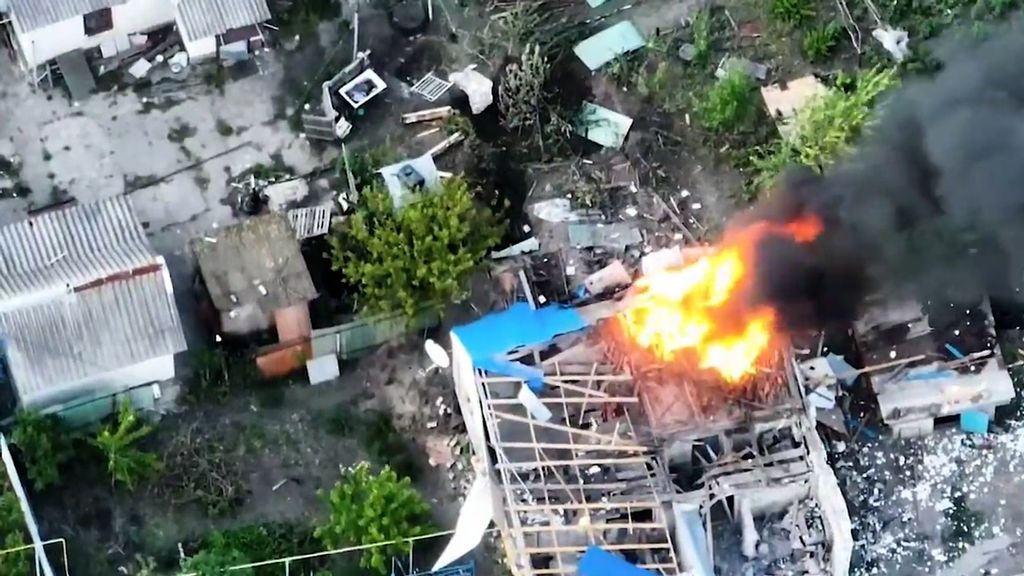 Special Forces of Ukraine destroyed a unit of Russian soldiers near Severodonetsk in May 2022. (@3po1k/Zenger).

This released footage shows Ukrainian troops blitzing a Russian base set up in a seized private house.

The Ukrainian military said the attack took place at a private property in the city of Sievierodonetsk in the easternmost Ukrainian region of Luhansk Oblast.

According to the 3rd Separate Special Forces Regiment, the enemy stronghold was destroyed in the attack and the Russian unit was killed.

The 3rd Separate Special Forces Regiment said on May 26: “This video shows that the Russian killers will be punished, no matter how they try to hide.

“Thanks to SSO (Special Operations Forces) soldiers of Ukraine, Russian occupiers who tried to fire a 120-mm mortar near Sievierodonetsk were destroyed.

“The enemy set up their position right in the garden of a captured private house. However, this did not save them. According to confirmed data, the enemy was killed as a result of the attack of Ukrainian soldiers.

“After the ‘arrivals’ from our side, the enemy’s position was left covered in rubbish, which is fully consistent with the meaning of their lives and deaths.”

From February 24 to May 27, the total combat losses of Russian troops stand at around 29,750 personnel, according to the General Staff of the Armed Forces of Ukraine.