Chop Chop! – Woman Cuts Her Hair For First Time In 24 Years And Donates It To Charity

Vicki's fear of hairdressers started at a young age and was so bad she almost passed out once.
By Darko Manevski May 30, 2022
Facebook
Twitter
Linkedin
Email 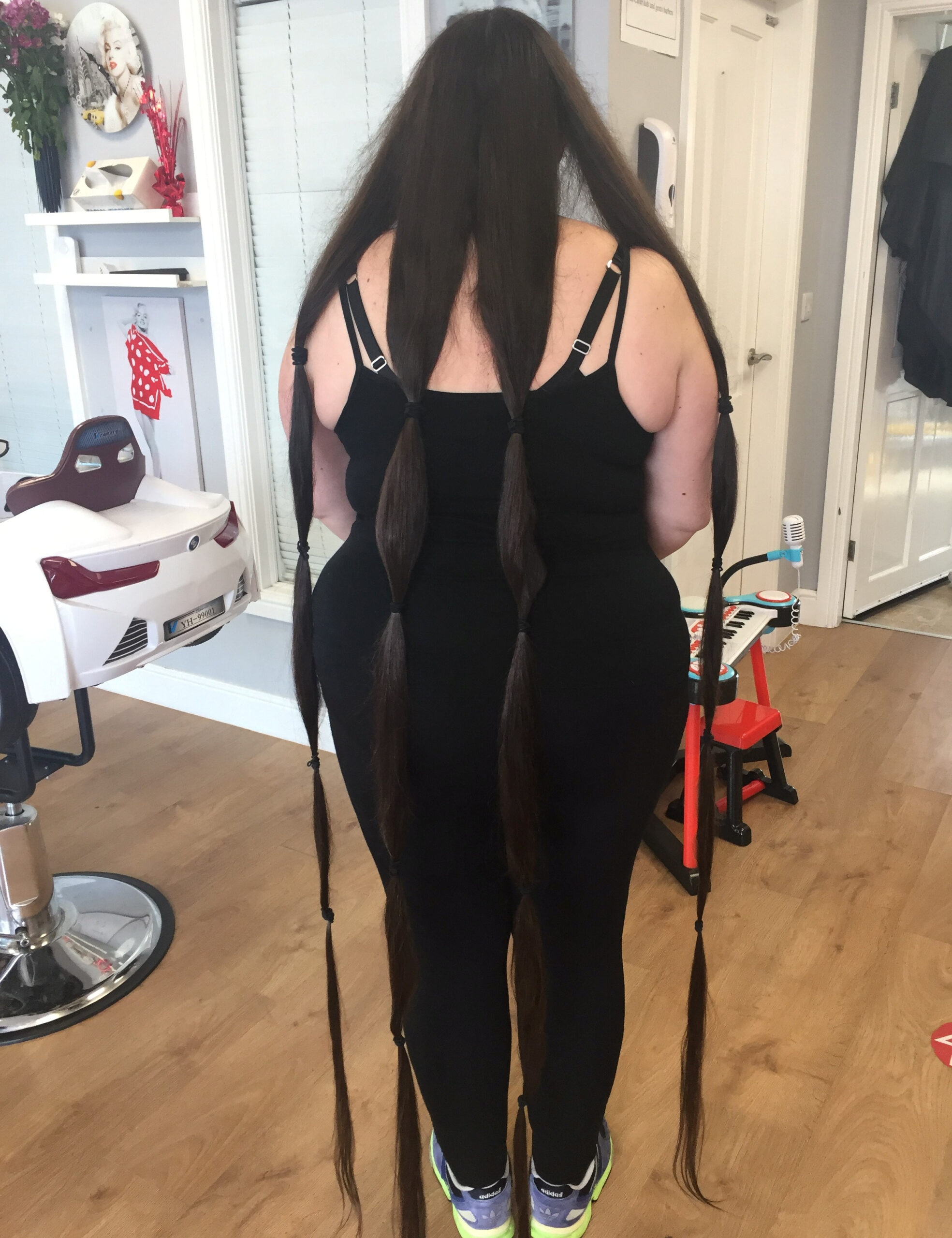 A mom-of-three had her hair cut for the first time in 24 years – and donated a whopping 50 INCHES of her locks to a charity that makes wigs for sick children. (Jon Mills/Zenger)

A mom-of-three had her hair cut for the first time in 24 years – and donated a whopping 50 INCHES of her locks to a charity that makes wigs for sick children.

Vicki Walkden, 41, braved a visit to the salon for the first time since she was 17 to benefit the Little Princess Trust with the longest donation it has ever received.

The charity provides free real hair wigs to children and young people up to 24 years who have lost their own hair through cancer treatment or other conditions.

Vicki’s lengthy locks could previously touch the floor after she developed a fear of the hairdressers after suffering a couple of nasty nicks when she was young.

But after being inspired by a friend of her daughter who donated her hair to the charity a couple of years ago, Vicki braved the chop at a local salon in Preston, Lancashire, in the west of England near Liverpool.

And now her shorter, lighter hair is attracting attention from friends and family who had never seen it so short.

Housewife Vicki said: “Everyone keeps stroking it and it feels so much lighter. I’m delighted with it and it’s going to a good cause.

“I’ve always had my hair up, I’ve never really had it down, so some people probably didn’t know how long it actually was.”

Vicki’s fear of hairdressers started at a young age and was so bad she almost passed out once.

But after seeing how good hairdresser Kim Carter was with her five-year-old son, Vicki was convinced she was the right person for the job.

She added: “When I was younger, my ears were snipped, so I’ve always been petrified of the hairdressers.

“My fear is that bad it used to bring on panic attacks, I almost passed out one time.

“So I have just stayed away since and have just done the odd trim myself or asked my daughter to do it.

“I was quite nervous getting it cut, but I’ve been taking my little boy to Kim’s and she’s fantastic with him and I’ve gotten to know her over the years so she was a friendly face.

“I didn’t sit in the chair, my hair was that long, but it went really quickly. She said ‘are you sure?’ and I said ‘yes’ and it was gone.

“Kim was fantastic. She always does such a good job with my kids and she didn’t charge me for the hair cut as she knew it was going to charity.”

Vicki asked for enough hair to continue to tie up in a bun as she wanted her step-dad John, who has Alzheimer’s, to be able to recognize her.

She added: “I went up to see my stepdad and he recognized me and he kept on stroking it so that was nice.

I don’t have any regrets on cutting my hair as I know it’s going to the right place and will make someone else happy and give them a confidence boost.”

Wendy Tarplee-Morris, founder of The Little Princess Trust, said: “We encourage our brilliant supporters to try to donate 16 inches of hair to help us meet the demand for our longest wigs.

“These lengthy wigs remain our most popular and so Vicki’s sensational donation really will be a huge help to us and the many children and young people we support.”