Propaganda leaflets calling for Ukrainian troops to give up were blasted over Ukrainian-held territory. 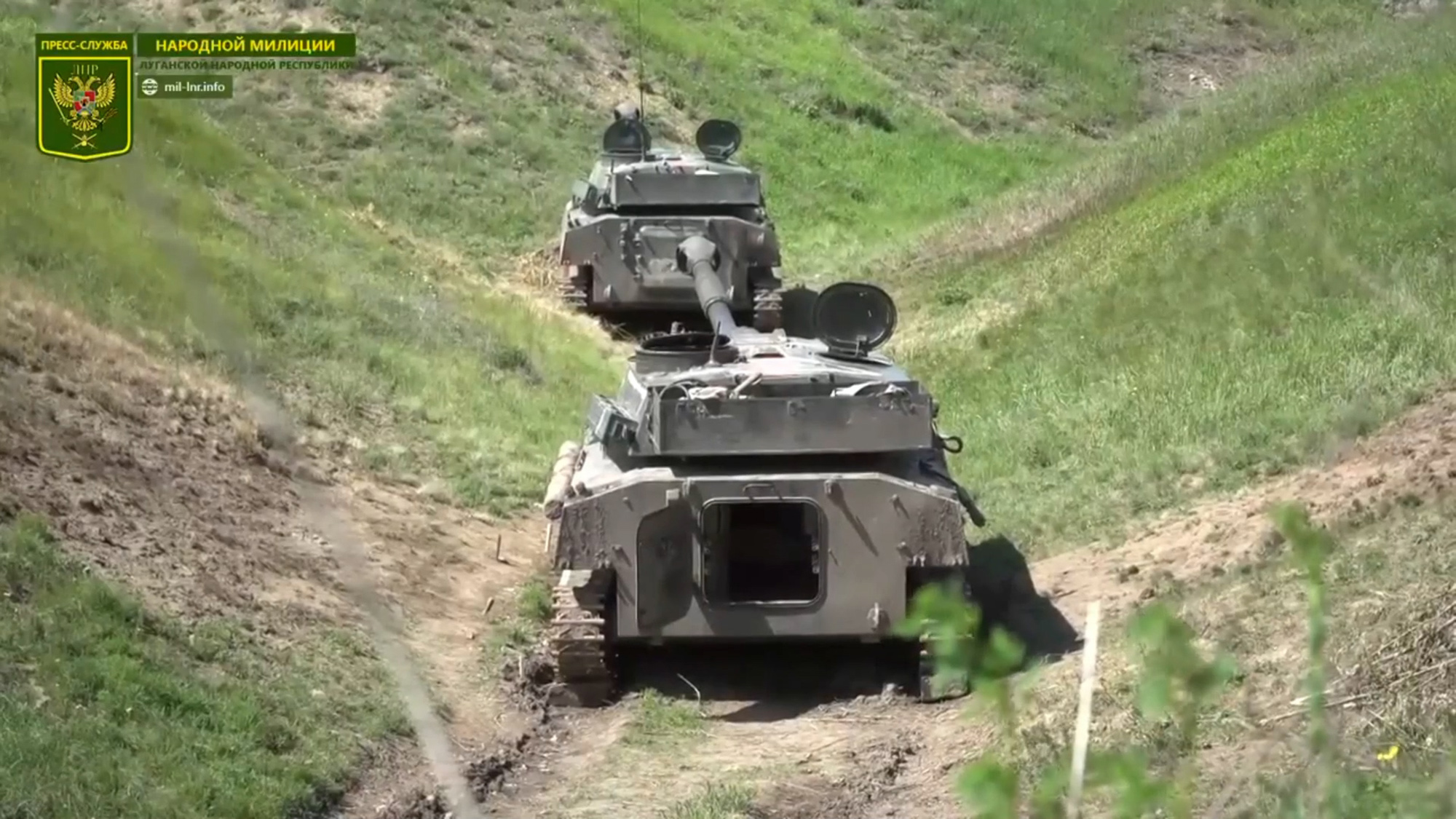 Pro-Russian LPR forces called on Ukrainian soldiers to surrender with help of propaganda shells in May 2022. (People's Militia of LPR/Zenger).

This footage shows how militiamen load pro-Russia propaganda leaflets into projectiles and then blast them over Ukrainian-held territory.

The leaflets call for Ukrainian troops to give up their weapons and surrender to enemy forces.

Zenger News obtained the video from the People’s Militia of the LPR (Luhansk People’s Republic) on Tuesday, May 24.

The pro-Russia separatist forces said (in Russian): “The People’s Militia strives to save the lives of Ukrainian soldiers and calls for them to lay down their arms.”

Zvezda – a Russian state-owned nationwide TV network run by the Russian Ministry of Defense (MoD) – said the footage was filmed near the city of Zolote, which is currently under the control of the LPR.

It said the shells were fused to explode mid-air so that the leaflets would scatter over a large area in Ukrainian-held territory.

The leaflets, according to Zvezda, contain detailed information on the procedure for giving up weapons and voluntarily surrendering safely to pro-Russia forces.

The shells containing the leaflets are seen being blasted in the footage by 2S1 Gvozdika Soviet self-propelled howitzers.

The 2S1 Gvozdika entered service in 1972 and is currently operated by the respective militaries of several countries, including both Russia and Ukraine.

An LRP People’s Militia artilleryman named Vadim was quoted as saying: “We give the last warning to the Ukrainian Nazis to surrender. Or we will replace the shells with live ones, and then they will not have time to write farewell letters home.”

The Kremlin is still calling the invasion a “special military operation” but now says the goal is to “protect Donbass”.

Even though Moscow’s stated aim has changed, the Russian military still frequently refers to enemy troops as “Nazis” or “nationalists”.

In its latest briefing on May 25, the Russian MoD said (in English): “In total, 178 Ukrainian airplanes and 126 helicopters, 1,006 unmanned aerial vehicles, 322 anti-aircraft missile systems, 3,258 tanks and other armored combat vehicles, 430 multiple launch rocket systems, 1,671 field artillery and mortars, as well as 3,155 units of special military vehicles were destroyed during the operation.”