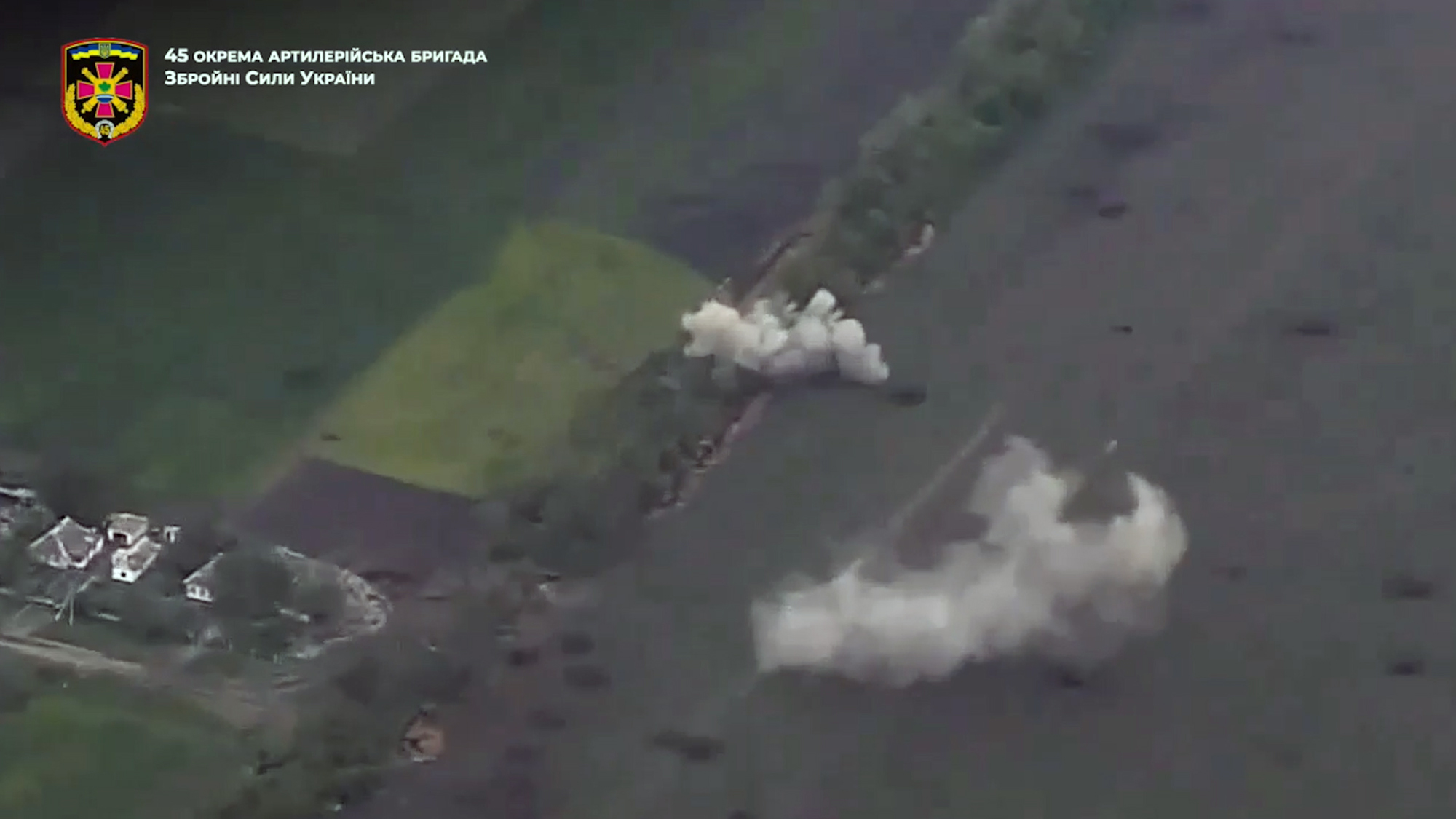 Soldiers of the 45th Separate Artillery Brigade of the Armed Forces of Ukraine destroyed Russian vehicles and equipment. (@45oabr/Zenger).

This video montage shows Russian military vehicles being turned into balls of smoke after they are spotted from the sky and then struck by Ukrainian artillery.

Zenger News obtained the footage from the 45th Separate Artillery Brigade of the Armed Forces of Ukraine on Wednesday, May 25.

“The video shows the chronology of the interaction between the 15th DVKR and Azov reconnaissance units and the brigade’s artillerymen. They fly – we destroy!”

The Ukrainian military frequently refers to Russian troops as “orcs” in its communications.

And the “15th DVKR” refers to the Counter-Intelligence Department of the Security Service of Ukraine.

The Ukrainian military used a reconnaissance drone to discover the positions of the Russian troops among a line of trees demarcating a field.

The artillery strikes reportedly wiped out the base of a Russian platoon and damaged several enemy infantry fighting vehicles.

The 45th Separate Artillery Brigade was created in 2014 and is based in Lviv Oblast. The brigade did not specify where in Ukraine the footage was filmed.

In other developments, Ukrainian officials said that Russian forces have attacked more than 40 towns in the eastern Donbas region.

And Russian President Vladimir Putin has signed a decree that makes it easier for Ukrainians in occupied areas to become citizens of Russia.

Russia invaded Ukraine on February 24 in what Putin initially called a “special military operation” to “demilitarize and denazify” Ukraine.

The Kremlin is still calling the invasion a “special military operation” but now says that its goal is to “protect Donbass”.