Gilliver has collected the 'Little People' figurines for decades, and only really alters them to make them more diverse.
By Darko Manevski May 27, 2022
Facebook
Twitter
Linkedin
Email 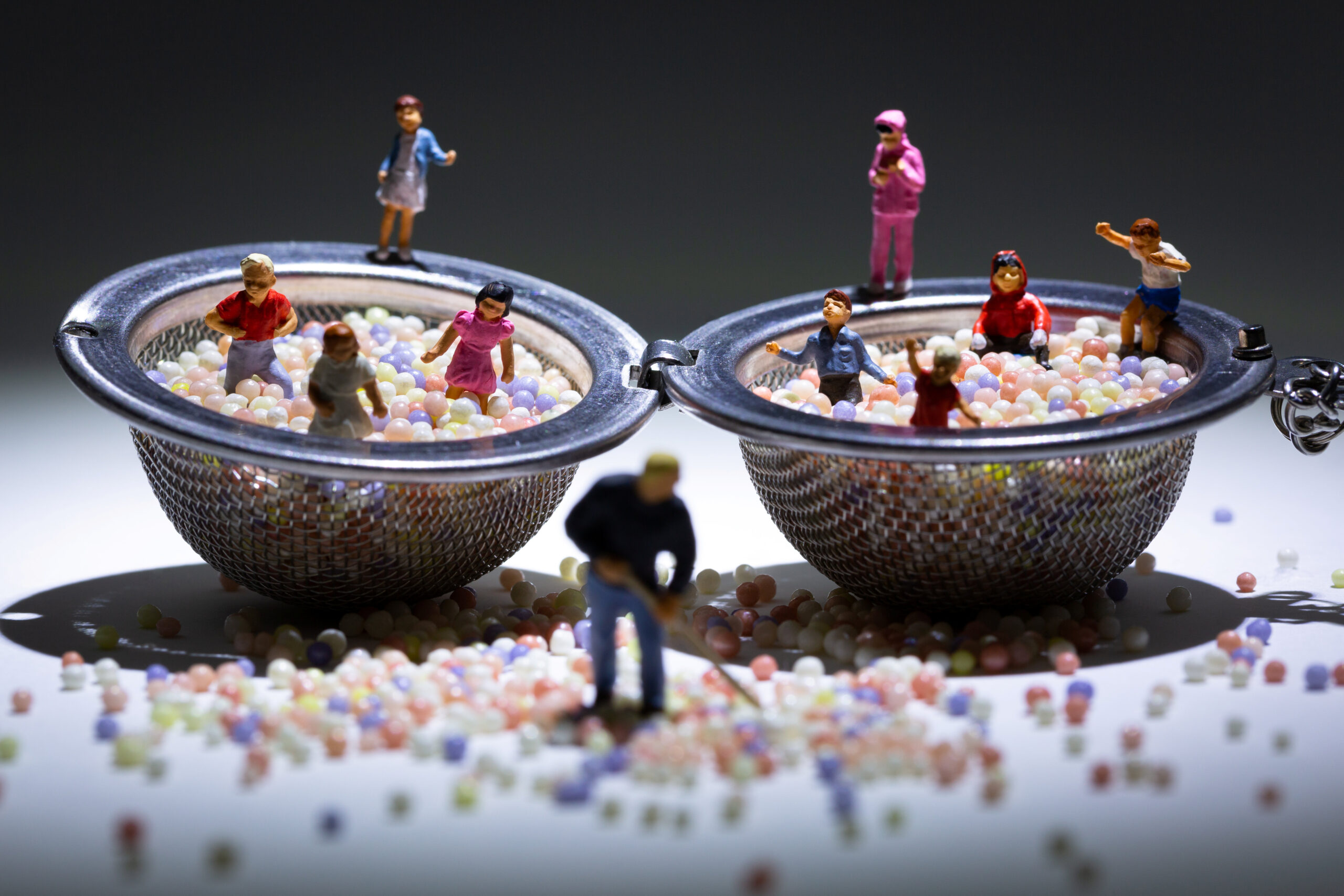 Miniature railway figurines were used to create surreal images inspired by dreaming of sunny holidays in these stunning snaps.

Dad-of-one David Gilliver, 42, has used his pioneering art form to do work for commercial campaigns including 3, Sony, and Adobe – but his main passion is making his own images, using props.

He collects miniature railway figurines from as far away as Japan and Singapore and sends them to an artist to be painted to his own specifications.

They are then posed with other props – including shortbread biscuits to create a version of Stonehenge, and a plastic avocado to resemble a sunbed – and photographed.

Gilliver, who studied at Glasgow School of Art, said the technique has been copied by others trying to imitate his unique take on modern life, and prints have been sold in John Lewis.

He often uses fruit to create a landscape, including oranges sliced in half, and grapes, which look giant in comparison to the tiny figurines.

Gilliver has collected the ‘Little People’ figurines for decades, and only really alters them to make them more diverse.

Many of his recent artworks were made during the pandemic when foreign travel was difficult and involved a lot of hassle.

The series ‘100 Dioramas in 100 Days’ was made between January and April this year and depicts lighthearted scenes of tropical holidays and a lot of vino.

He said lockdown was a perfect opportunity to dream up new ideas, including Shorthenge, showing revelers worshiping at a stone circle made from shortbread.

One piece, ‘Bathing in Sunshine’ showed a diver about to plunge into half an orange, while ‘Tanning Salon’ showed a topless couple basking in the ‘rays’ from a plastic avocado.

Others used technology as a background, with ‘Hogging the Remote’ showing a family hanging out on a tiny sofa superimposed on a TV remote.

Between January and April 2022, he made 100 artworks in 100 days, and used the prospect of sunny holidays as inspiration for his lighthearted artworks.

Gilliver, who lives in Gartcosh, North Lanarkshire, said: “I have always enjoyed the interaction that takes place between the 2cm-tall figurines and objects or props that we humans either use or consume as we go about our daily lives.

“A lot of the images have food as the main subject matter – this seems to be a recurring theme in my artwork over the years.

“I have lost track of who I actually go food shopping for anymore – my family, or the Little People?

“The time to shoot each diorama varied, but on average each shot probably took something like two to three hours to set up, photograph and edit.

“Sometimes lighting the miniature scenes in a satisfactory way is the trickiest part, and so I spend a lot of time getting that part just right.

“I will may shoot each diorama as many as 50-200 times before I am satisfied that I have captured the scene in a way I am happy with.

“A lot of patience is required.”

Gilliver is exhibiting in the Glasgow Contemporary Art Fair in Kelvingrove Art Gallery and Museum this weekend.