After seizing Mariupol last week, Russian sappers have cleared the area of mines and destroyed over 12,000 explosives.
By Lee Bullen May 27, 2022
Facebook
Twitter
Linkedin
Email 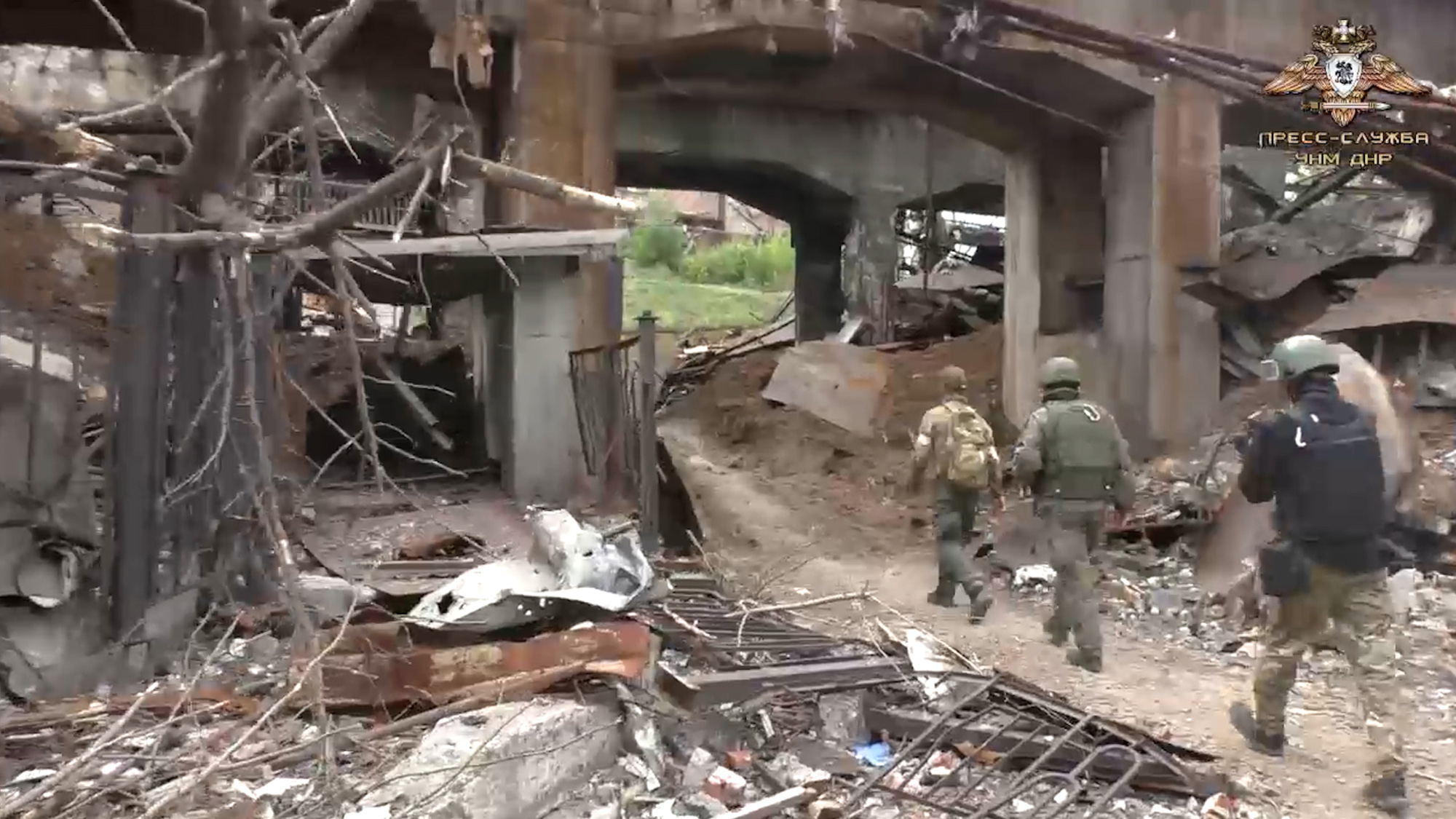 Ukrainian nationalists destroyed the traces of their presence at the Azovstal plant In the bunkers near Azovstal. (People's Militia of the DPR/Zenger).

This is the moment Russian sappers explore the abandoned Azovstal plant and apparently discover plentiful supplies of food, water and equipment left by the Azov Battalion after their surrender.

After seizing Mariupol last week, Russian sappers have cleared the area of mines and destroyed over 12,000 explosives, adding that the port city has now returned to normal activity.

Meanwhile, members of the People’s Militia of the Donetsk People’s Republic (DPR) said they found entire workshops and plentiful food supplies in the catacombs of the city’s Azovstal metallurgical plant, suggesting that hundreds of holed-up Azov fighters there did not need to surrender.

The militia said they found 41 workshops, 80 auxiliary buildings and 22 canteens in the plant along with large workshops for allegedly producing explosives, including blast furnaces and rolling mills.

Pro-Russian soldiers also found a large network of tunnels stretching for kilometers under the Azovstal plant, calling it a “city within a city”.

There was also a plentiful supply of drinking water that would have lasted the Azov Battalion for at least several more weeks.

According to the militia, there was also a healthy supply of food, medicine and electricity.

Meanwhile, Azov fighters apparently communicated with the use of portable satellite routers after a Starlink router was found in a pickup truck.

Their barracks were located on the lower levels of the Azovstal plant and the DPR claimed they tried to destroy all evidence of their activities before surrendering to Russian troops last week.

The DPR militia said they found electric devices such as phones and laptops that had been destroyed or wiped clean before the Azov soldiers gave themselves up.

Pro-Russian sappers are continuing to explore the abandoned plant after only searching around 30 percent so far, adding that they expect to discover many more secrets about its former inhabitants before the conflict is concluded.