Zenger News obtained the video montage from the Ministry of Defense (MoD) of the Russian Federation on Wednesday, May 25.
By William McGee May 27, 2022
Facebook
Twitter
Linkedin
Email 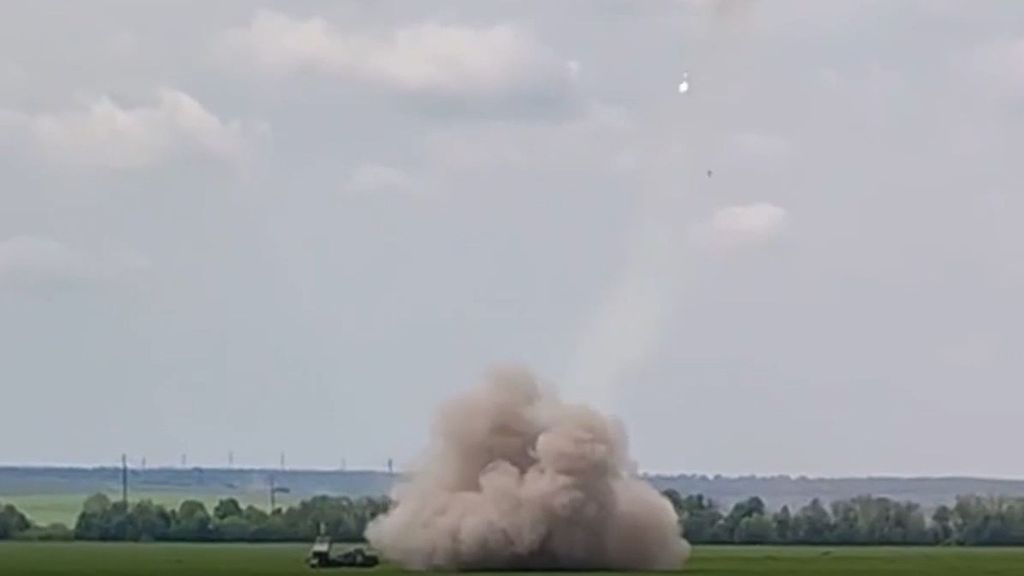 Combat work of the calculations of the MLRS Grad missions to destroy the positions of the Ukraine Armed Forces in May 2022. (MoD Russia/Zenger).

Zenger News obtained the video montage from the Ministry of Defense (MoD) of the Russian Federation on Wednesday, May 25.

The BM-21 ‘Grad’ is a Soviet truck-mounted 122-mm multiple rocket launcher that entered service in 1963.

It has several operators, including Russia, Ukraine and Russian separatist forces in Donbas.

The Grads seen in the footage – one of which is daubed with a white ‘Z’ – reportedly destroyed strongholds and fortified areas of the Armed Forces of Ukraine.

The enemy positions were observed and their coordinates were determined using drones.

The Russian MoD did not specify where in Ukraine the footage was filmed.

In other developments, Ukrainian officials said that Russian forces have attacked more than 40 towns in the eastern Donbas region.

And Russian President Vladimir Putin has signed a decree that makes it easier for Ukrainians in occupied areas to become citizens of Russia.

The Office of the Prosecutor General of Ukraine has said that 240 children have been killed and more than 436 injured in Ukraine over the course of the invasion.

These data are not final and are being investigated.

And British Foreign Secretary Liz Truss is expected to demand more weapons for Ukraine and more sanctions against Russia in an address to the Armed Forces of Bosnia and Herzegovina today.

Russia invaded Ukraine on February 24 in what Putin initially called a “special military operation” to “demilitarize and denazify” Ukraine.

The Kremlin is still calling the invasion a “special military operation” but now says that its goal is to “protect Donbass”.