Zenger News obtained the slickly-produced video from the Ministry of Defense (MoD) of the Russian Federation on Thursday, May 26.
By William McGee May 27, 2022
Facebook
Twitter
Linkedin
Email 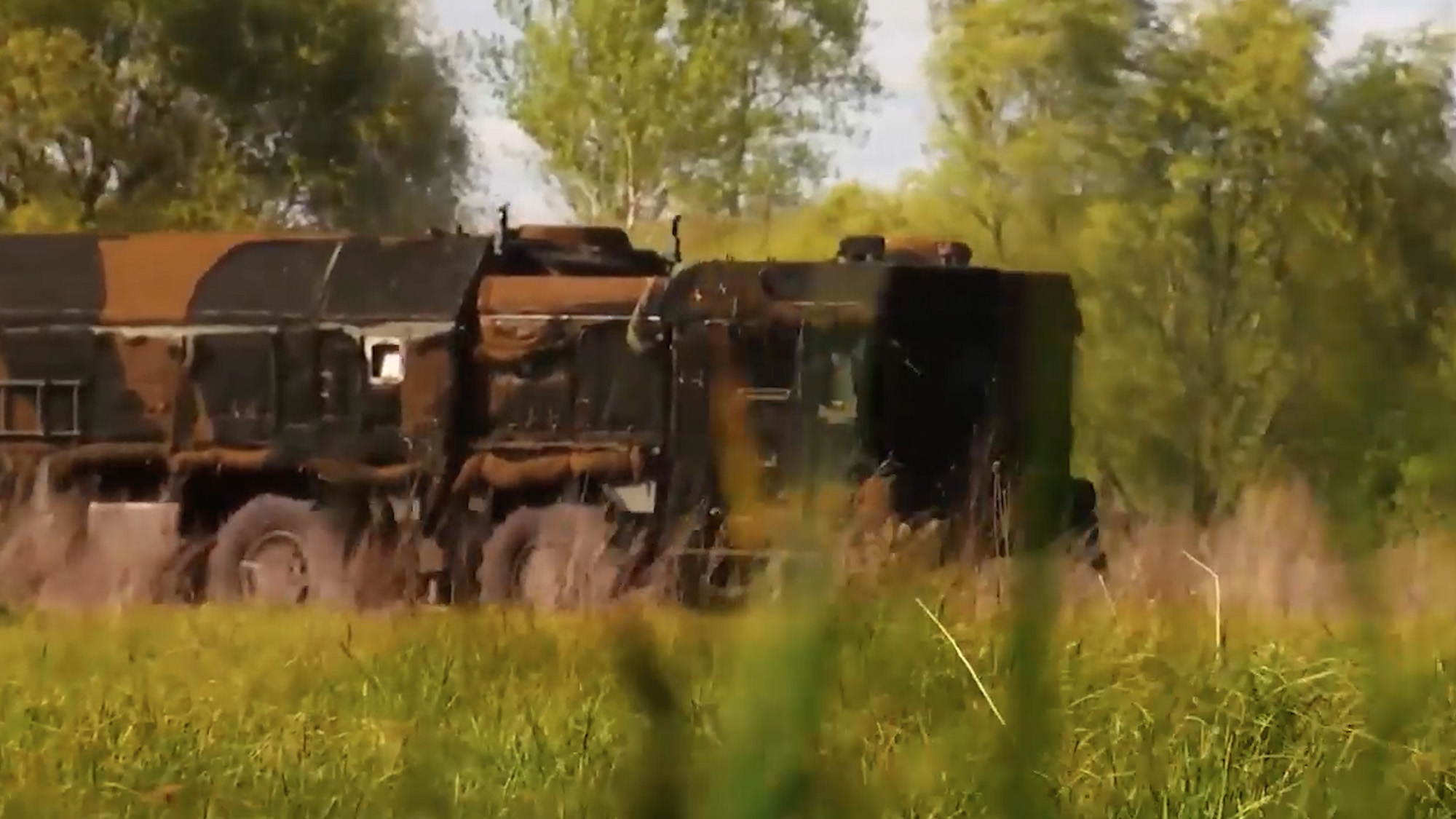 This dramatic footage shows a camouflaged transporter erector launcher being driven into position before firing a ballistic missile high into the sky over Ukraine.

Zenger News obtained the slickly-produced video from the Ministry of Defense (MoD) of the Russian Federation on Thursday, May 26.

The MoD statement said (in Russian): “Footage of the combat work of the crew of the Iskander operational-tactical missile system during a special military operation.

“OTRK ‘Iskander’ refers to high-precision weapons with a firing range of up to 500 kilometers (310 miles). The warhead of an OTRK missile can destroy almost any target: enemy command posts, equipment columns, and air defense systems.

“The OTRK has both ballistic and cruise missiles in its arsenal, which put false electronic interference on approach to the target and are practically invulnerable to enemy air defence systems. A cruise missile can go at ultra-low altitudes and go around the terrain, it is impossible to detect it.”

The 9K720 Iskander is a mobile short-range ballistic missile system produced and deployed by the Russian military.

It entered service in 2006 and is operated by Russia, Armenia, Algeria, and Belarus.

The Russian MoD did not specify where in Ukraine the footage was filmed.

In its latest briefing today, the Russian MoD said (in English): “The Armed Forces of the Russian Federation continue the special military operation in Ukraine.

“High-precision air-based missiles have hit 48 areas of AFU manpower and military equipment concentration, 2 artillery batteries, and 2 ammunition depots near Nikolaevka and Berestovoe in Donetsk People’s Republic during the day.

“One Ukrainian electronic reconnaissance center near Dneprovskoe, Mykolaiv Region, has been destroyed, including 11 servicemen from the combat unit, as well as 15 foreign engineering specialists who arrived with security guards.

“Operational-tactical and army aviation have hit 49 areas of AFU manpower and military equipment concentration, 2 mortar crews, as well as 1 depot of missile and artillery weapons and ammunition.

“The attacks have resulted in the elimination of more than 350 nationalists and up to 96 armored and motor vehicles.

“Units and military equipment of the Ukrainian Armed Forces’ 10th Mountain Assault Brigade, which arrived to reinforce the Ukrainian grouping in Donbass, have been destroyed during unloading near Pokrovsk railway station in Donetsk People’s Republic.

Russia invaded Ukraine on February 24 in what the Kremlin is now calling a “special military operation” to “protect Donbass.”