Ukraine also called Russia’s invasion the “largest and most horrific war of the 21st century”.
By Lee Bullen May 27, 2022
Facebook
Twitter
Linkedin
Email 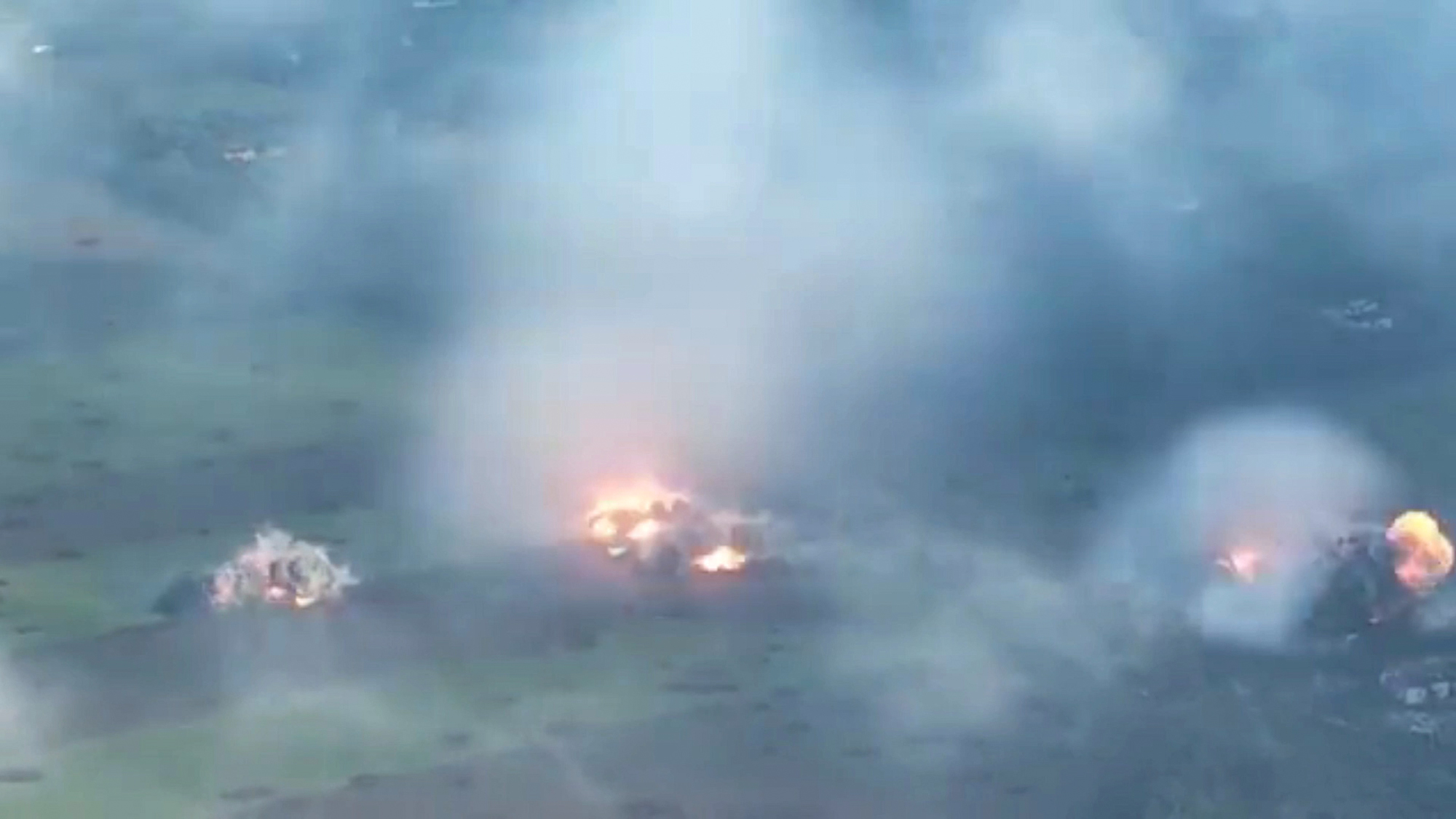 This is the shocking moment the Russian Armed Forces apparently blasts Ukrainian positions with thermobaric warheads as Ukraine’s Defense Ministry calls on NATO to urgently supply the country with similar weapons.

The Ukrainian Ministry of Defense (MoD) said the Russians used a TOS-1 multiple rocket launcher to strike at Ukrainian targets near Novomykhailivka in the eastern region of Donetsk Oblast.

The 30-barrel or 24-barrel multiple rocket launcher, mounted on a T-72 tank chassis, is capable of firing thermobaric warheads, a type of explosive that uses oxygen in the surrounding area to generate a high-temperature blast.

Ukraine also called Russia’s invasion the “largest and most horrific war of the 21st century” and appealed to NATO to supply Ukrainians with similar Multiple Launch Rocket Systems as soon as possible.

“This is what the largest and most horrific war of the 21st century looks like. Ukraine is ready to strike back. To do this, we need NATO-style MLRS [Multiple Launch Rocket Systems]. Immediately!”

Russian troops invaded Ukraine on February 24 in what the Kremlin is still calling a “special military operation”.