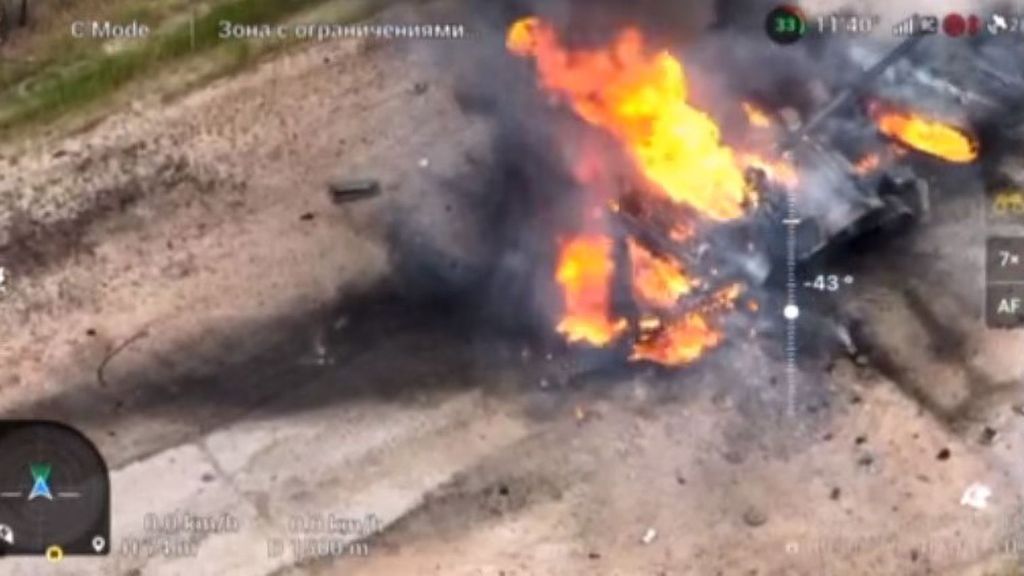 Burning Russian Tanks destroyed by the fighters of the 57th brigade in May 2022. (@57InfantryBrigade/Zenger).

The 57th Motorized Brigade, named after Cossack Ataman Kostya Gordienko, a formation of the Ukrainian Ground Forces, said the attack took place on the 91st day of the invasion on May 25.

The Ukrainian brigade, which formed in autumn 2014, said they destroyed two Russian tanks in the easternmost Ukrainian region of Luhansk Oblast.

The blockade has led to shortages of wheat and cooking oil across the world.

Russian troops invaded Ukraine on February 24 in what the Kremlin is still calling a “special military operation”. May 25 marks the 92nd day of the campaign.