Video released by the zoo shows how a cake full of Gori’s favorite treats was prepared and then sunk in his pool for him to find. 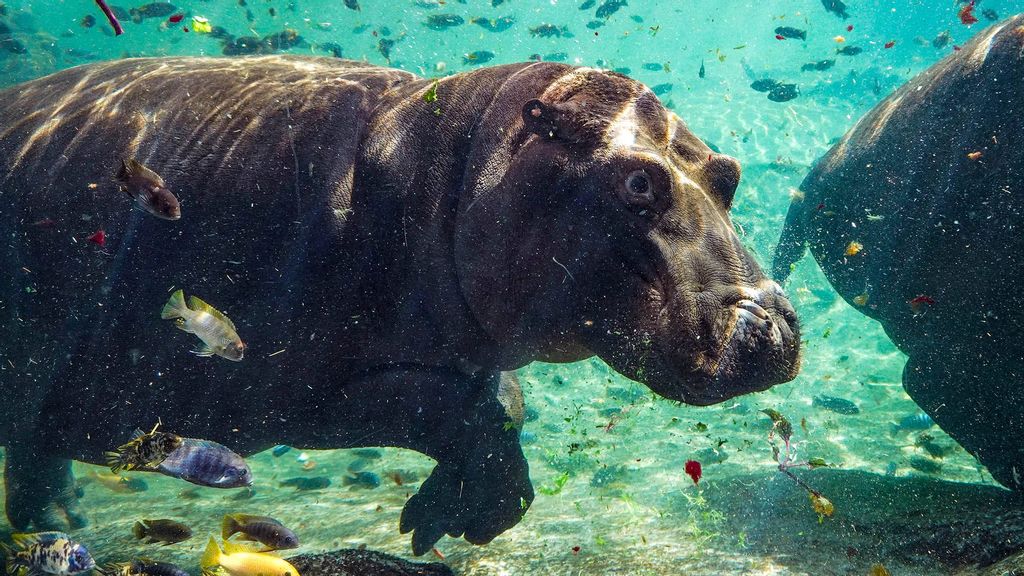 Gori the hungry young hippo struggled while trying to get to grips with his underwater birthday cake.

The young hippo was celebrating his second birthday at Spain’s BIOPARC zoo in Valencia on May 25 when keepers cooked up a special treat for him.

Video footage released by the zoo shows how a cake full of Gori’s favorite treats was prepared and then sunk in his pool for him to find.

And the footage reveals how he made short work of the fruit and veggie birthday snack with just a few bites from his massive jaws.

The common hippopotamus ( Hippopotamus amphibius ) is listed as vulnerable on the IUCN (International Union for Conservation of Nature) red list and its main threat is habitat loss. BIOPARC actively participates in its conservation through the European breeding program.

BIOPARC says it also concentrates on environmental enrichment which aims to improve the quality of life of animals by enhancing their instincts.

For the park team, Gori’s birthday was also an emotional moment remembering that Gori arrived at the toughest moments of the pandemic and his name was given to him in honor of the deceased relative of a colleague of the park.

Gori was also filmed in a video in June last year as he started to explore the depths of its enclosure pool with his parents.

The hippo calf was filmed exploring the zoo’s Kitum Cave that recreates the habitats of the great African lakes and rivers.

Gori the little hippopotamus is the son of Raf and Rigas.

A spokesperson for Valencia Bioparc told Zenger News at the time: “The Bioparc group of hippos can be found in the mythical Kitum Cave that recreates the habitats of the great African lakes and rivers. It is the only place in Spain that offers an underwater view of these ‘giants’ coexisting with different species of fish in a perfect symbiotic relationship and is an experience of observing the functioning of an ecosystem in danger.

“Their population has been dramatically reduced and 90 percent of the hippos that inhabited Africa in the last century have already disappeared.”

The zoo added: “This decline threatens the aquatic ecosystems of the great African lakes and, with them, the life of numerous aquatic species and fish.”