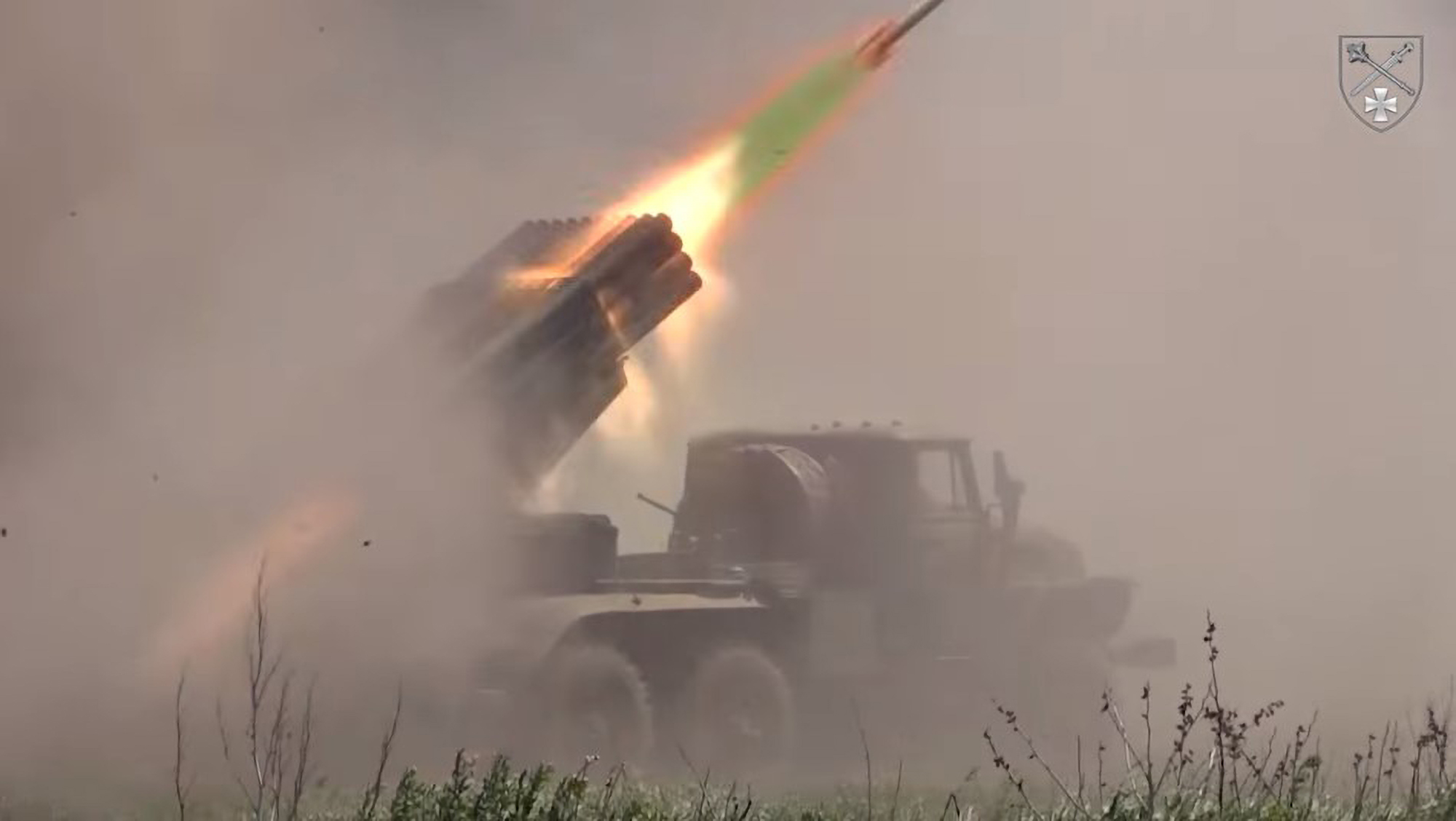 Artillery of the Royal Brigade destroys Russian enemy in Luhansk region in May 2022. (@pressOKzahid/Zenger).

This is the moment Ukrainian troops fire a flurry of rockets at Russian targets from a mobile launcher.

Operational Command West (OC West), a formation of the Ukrainian Ground Forces, said the attack was carried out by members of the 24th Mechanized Brigade, named after King Daniel.

The King Daniel unit, a mechanized brigade of the Ukrainian Ground Forces, successfully destroyed their targets in the easternmost Ukrainian region of Luhansk Oblast, according to OC West.

The Ukrainian military said on May 24: “Rocket artillerymen of the 24th Mechanized Brigade named after King Daniel destroyed the enemy in the region of Luhansk.”

Russia invaded Ukraine on February 24 in what the Kremlin has been calling a “special military operation” to “protect Donbass.”

The General Staff of the Armed Forces of Ukraine (AFU) reported earlier today that Russia had lost about 29,350 troops between February 24 and May 24.

Russian forces are currently trying to encircle the eastern cities of Sievierodonetsk, Lysychansk, and Rubizhne, according to the Ministry of Defense of the United Kingdom.

If the strategic eastern Ukrainian city of Sievierodonetsk it falls under Russian control, Russia and the so-called Luhansk People’s Republic will control almost all of Luhansk Oblast.

Ukrainian President Volodymyr Zelenskyy meanwhile has said Russian troops are trying to destroy “everything living” in the embattled Donbas region, but he reiterated that his country remains willing to exchange prisoners with Russia.