Zenger News obtained the video from the Ministry of Defense (MoD) of the Russian Federation on May 24.
By William McGee May 26, 2022
Facebook
Twitter
Linkedin
Email 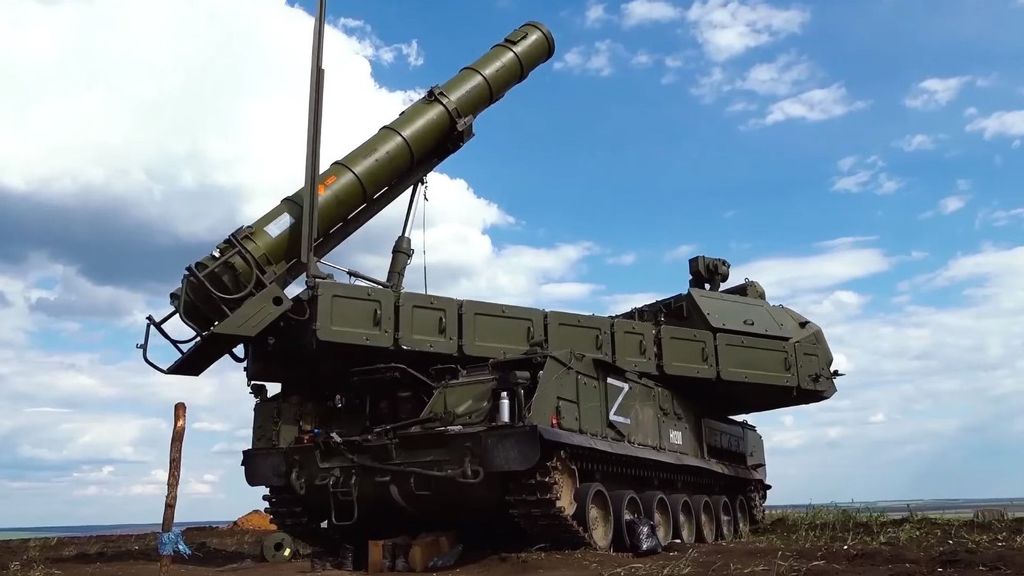 Combat work of the Russian 'Buk-M3' in May 2022. (Ministry of Defense of Russia/Zenger).

This slick footage shows a fearsome Russian Buk missile system launching a missile into the sky over Ukraine.

Zenger News obtained the video from the Ministry of Defense (MoD) of the Russian Federation on May 24.

The Buk-M3 is the latest incarnation of the Buk missile system – a family of self-propelled, medium-range surface-to-air missile systems developed by the Soviet Union and Russia and designed to counter cruise missiles, smart bombs, fixed- and rotary-wing aircraft and unmanned aerial vehicles.

The system was notoriously used to shoot down Malaysia Airlines Flight 17 from Amsterdam to Kuala Lumpur over an area in eastern Ukraine controlled by pro-Russian rebels on July 17, 2014, killing 298 people.

The governments of the Netherlands and Australia held Russia responsible for the deployment of the Buk missile system.

In its latest update last night, the Russian MoD said (also in English): “Minister of Defense of the Russian Federation, General of the Army Sergei Shoigu took part in a meeting of the Council of Defense Ministers of the Collective Security Treaty Organization. Participants discussed the military-political situation in the CSTO area of responsibility, the situation in Ukraine and developed proposals to jointly counter challenges and threats to collective security.

“Specialists of the Black Sea Fleet and engineering troops have completed demining of the Mariupol port area.

“High-precision air-based missiles have hit 3 command posts, 36 areas of AFU manpower and military equipment concentration, 1 self-propelled artillery division of the 14th Mechanized Brigade near Soledar, as well as 6 ammunition depots in Minkovka, Bakhmut, Nikolaevka, Spornoe and Krasnyi Liman in the Donetsk People’s Republic, including 1 large depot of 155 mm shells for US M-777 howitzer in Razdolovka during the day.

“The humanitarian situation in regions under the control of the Kyiv authorities is rapidly deteriorating and approaching a critical level. According to the UN Children’s Fund, there are 8.7 million hungry people in Ukraine, with 22.8 percent of children under the age of five suffering from malnutrition.”