MoD shared the video on social media with the message: “Combat work of military signalmen during the special military operation.”
By Lee Bullen May 26, 2022
Facebook
Twitter
Linkedin
Email 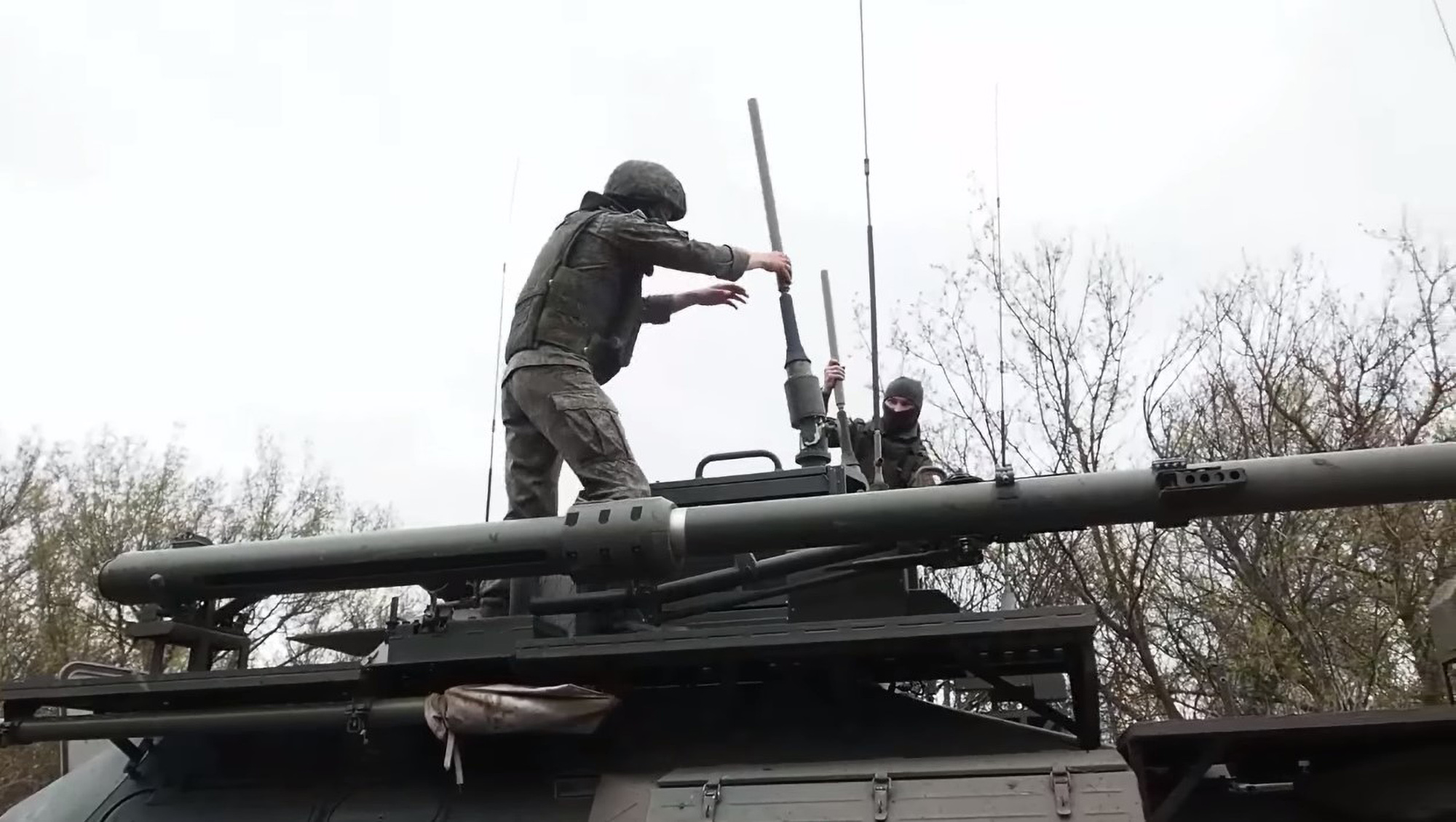 Combat work of Western MD signalmen during the special military operation in May 2022. (Ministry of Defense of Russia/Zenger).

This video shows Russian radio operators carrying out communication work in Ukraine as the invasion enters its 91st day.

The Russian Ministry of Defense (MoD) shared the video on social media with the message: “Combat work of military signalmen during the special military operation.”

Earlier this week, Russian Defense Minister Sergei Shoigu said the offensive in Ukraine is intentionally slowing down to allow for the evacuation of civilians, adding that the Russian military will remain in the country until all tasks of what Russia has called its “special military operation” are completed.

Shoigu said: “For citizens to leave the surrounded settlements, ceasefires are announced and humanitarian corridors are created. Of course, this slows down the pace of the offensive, but it is done deliberately to avoid civilian casualties.”

Shoigu claimed that the Russian Armed Forces, unlike the Ukrainian Army, do not strike at residential infrastructure where civilians may be.

Meanwhile, Russian forces are currently trying to encircle the eastern cities of Sievierodonetsk, Lysychansk, and Rubizhne, according to the British ministry of defense.