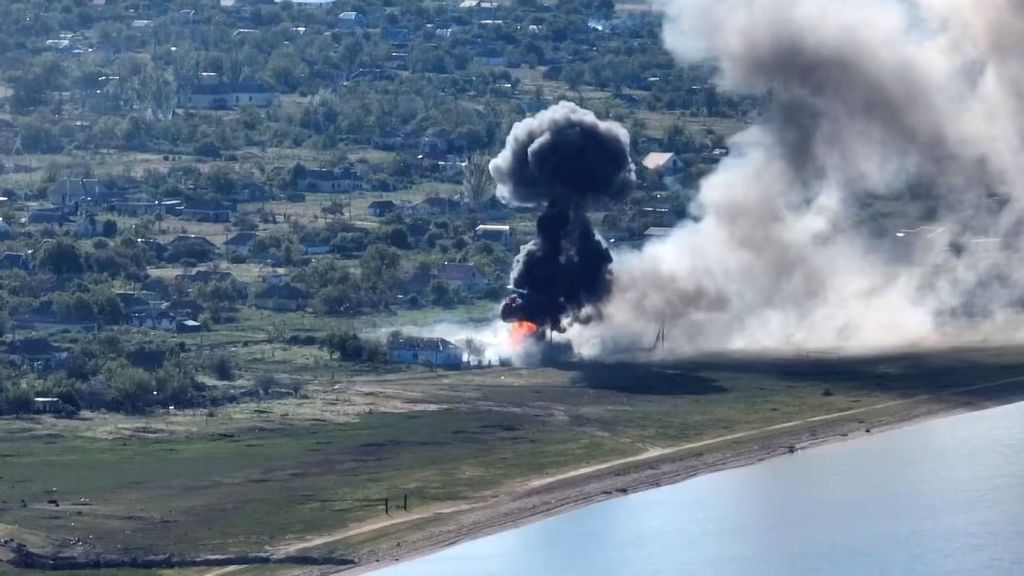 Ukrainian soldiers set off 'fireworks' to the occupiers and destroyed BMP with ammunition in May 2022. (@28brigade/Zenger).

A video recorded the moment bombs rain down on an idyllic coastal village in Ukraine and a Russian armored vehicle is destroyed, sending a ‘fireworks show’ high into the sky as its ammunition is detonated by the flames.

The 28th Separate Mechanized Brigade, named after the Knights of the First Winter Campaign, a formation of the Ukrainian Ground Forces, said the attack took place “somewhere” in the south of Ukraine.

The Ukrainian brigade said on May 24: “The 28th Separate Mechanized Brigade named after the Knights of the Winter Campaign destroyed BMP-3 occupiers with full ammunition somewhere in the south of Ukraine.”

The video shows missiles raining down on the idyllic coastal village and apparently destroying an armored vehicle hiding between two houses.

Meanwhile, Russian forces are currently trying to encircle the eastern cities of Sievierodonetsk, Lysychansk and Rubizhne, according to the British ministry of defense.