According to the World Health Organization, the European Union is the heaviest-drinking region in the world.
By Darko Manevski May 26, 2022
Facebook
Twitter
Linkedin
Email 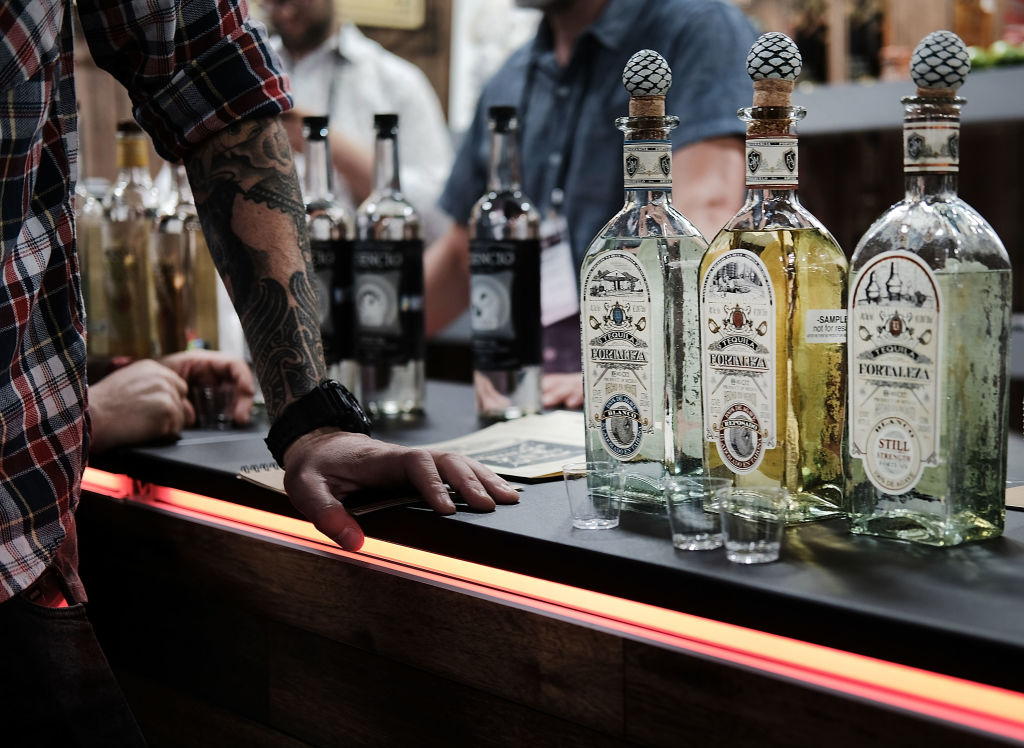 Bottles of alcohol are displayed at Bar Convent Brooklyn, an international bar & beverage trade show at the Brooklyn Expo Center on June 12, 2018 in the Brooklyn borough of New York City. (Photo by Spencer Platt/Getty Images)

Drinking levels of alcohol regarded as safe in some countries can still be linked with the development of heart failure, according to research presented at Heart Failure 2022, a scientific congress of the European Society of Cardiology (ESC).

Study author, Dr. Bethany Wong of St. Vincent’s University Hospital in Dublin, Ireland, said: “This study adds to the body of evidence that a more cautious approach to alcohol consumption is needed.

“To minimize the risk of alcohol causing harm to the heart, if you don’t drink, don’t start. If you do drink, limit your weekly consumption to less than one bottle of wine or less than three-and-a-half 500 ml cans of 4.5 percent beer.”

According to the World Health Organization, the European Union is the heaviest-drinking region in the world.

While it is well recognized that long-term heavy alcohol use can cause a type of heart failure called alcoholic cardiomyopathy, evidence from Asian populations suggests that lower amounts may also be detrimental.

Dr. Wong added: “As there are genetic and environmental differences between Asian and European populations, this study investigated if there was a similar relationship between alcohol and cardiac changes in Europeans at risk of heart failure or with pre-heart failure.

“The mainstay of treatment for this group is management of risk factors such as alcohol, so knowledge about safe levels is crucial.”

This was a secondary analysis of the STOP-HF trial.

The study included 744 adults over 40 years of age either at risk of developing heart failure due to risk factors (e.g. high blood pressure, diabetes, obesity) or with pre-heart failure (risk factors and heart abnormalities but no symptoms).

The average age was 66.5 years and 53 percent were women. The study excluded former drinkers and heart failure patients with symptoms (e.g. shortness of breath, tiredness, reduced ability to exercise, swollen ankles). Heart function was measured with echocardiography at baseline and follow-up.

The study used the Irish definition of one standard drink (i.e. one unit), which is 10 grams of alcohol. Participants were categorized according to their weekly alcohol intake:

For the pre-heart failure group, worsening heart health was defined as deterioration in the squeezing or relaxation functions of the heart or progression to symptomatic heart failure. The analyses were adjusted for factors that can affect heart structure, including age, gender, obesity, high blood pressure, diabetes, and vascular disease.

A total of 201 (27 percent) patients reported no alcohol usage, while 356 (48 percent) were low users and 187 (25 percent) had moderate or high intake. Compared to the low intake group, those with moderate or high use were younger, more likely to be male, and had a higher body mass index.

In the pre-heart failure group, compared with no alcohol use, moderate or high intake was associated with a 4.5-fold increased risk of worsening heart health. The relationship was also observed when moderate and high levels were analyzed separately.

“In the at-risk group, there was no association between moderate or high alcohol use with progression to pre-heart failure or to symptomatic heart failure. No protective associations were found for low alcohol intake.

Dr. Wong said: “Our study suggests that drinking more than 70 g of alcohol per week is associated with worsening pre-heart failure or progression to symptomatic heart failure in Europeans. We did not observe any benefits of low alcohol usage.

“This limit for men is more than twice the amount we found to be safe. More research is needed in Caucasian populations to align results and reduce the mixed messages that clinicians, patients and the public are currently getting.”