The EA Sports virtual event, a first in the region, will be streamed in the metaverse.
By Michelle D. Madsen May 26, 2022
Facebook
Twitter
Linkedin
Email 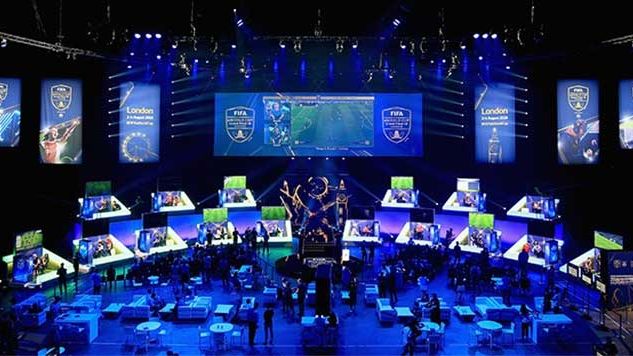 Qatar is the host country for the first EA Sports metaverse event held in the Middle East and North Africa (MENA) region.

This metaverse competition offers a total prize pool of $50,000, which will be split among the four winners who qualify from EA Sports.

Backers say the much-anticipated EA Sports FIFA22 Champions Cup will usher in a new age of esports — organized, multiplayer video-game competition. The entire competition will be streamed live in the metaverse.

Esports fans will get the opportunity to see top players compete for the championship during the event, which is being held May 24, 25 and 28 at the Aspire Ladies Sports Hall in Doha, Qatar’s capital.

(On May 23, the 20-year-old German FabienneXIII, a competitive FIFA player representing FOKUSCLANGG, became the first woman to win a game in the history of the FUT Champions Cup. Her victory is a further push for female representation in the FIFA esports sphere.)

The competition is also the first of its kind in this part of the world.

Along with a wealth of entertainment options and activities, the event features influential figures from FIFA and Qatar. Ooredoo Nation – Gamers’ Land, the company’s esports brand, is also providing a variety of exclusive non-fungible tokens for purchase (NFT).

Nasser bin Hamad bin Nasser Al Thani, the chief commercial officer of Ooredoo, said the company is “proud and excited to delve into the area of Web 3.0 technologies with this latest eSports breakthrough, which coincides well with our strategic commitment to engage in innovation.”

“In this day and age, we believe that esports is one of the most important areas of attention. It is also an area in which we can explore the many chances to provide our consumers with an experience that is unequaled,” he said.

This singular competition will feature the participation of 12 of the best EA Sports FIFA22 players, as well as four players from the region who have qualified by playing in online qualification games hosted by Ooredoo Nation.

Qatar is an independent emirate on the west coast of the Persian Gulf. Doha, the capital city, is home to roughly half the country’s total population of about 2.8 million. More than 120 U.S. companies operate in country. U.S. exports to Qatar increased by 47.7% from 2018 to 2019, totaling $6.5 billion in 2019, according to the U.S. Dept. of State.