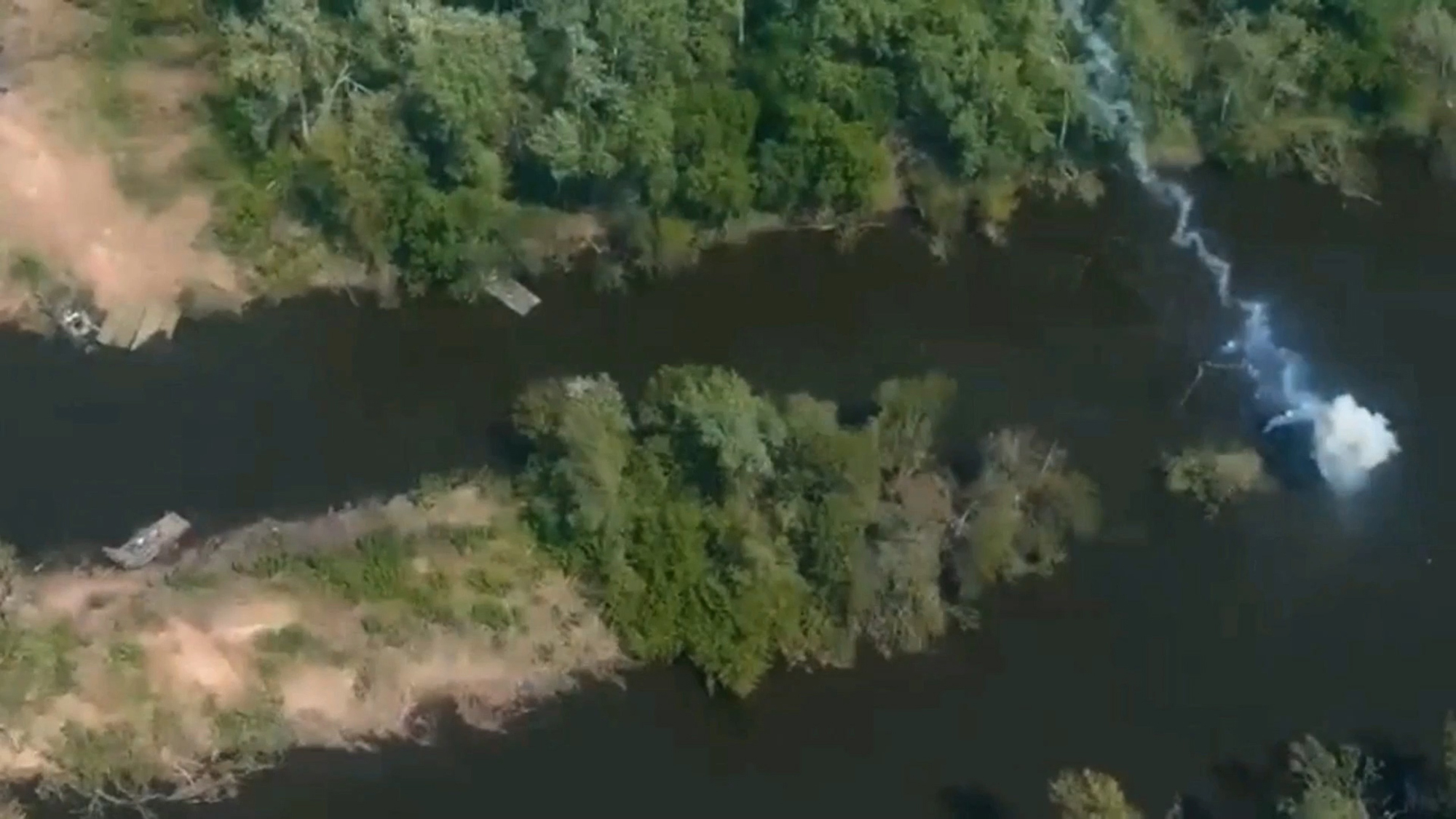 This is the moment Ukrainian soldiers bomb a BMP-2 amphibious fighting vehicle following a Russian attempt to cross the Seversky Donets River.

Ukrainian Special Operations Forces (SSO) carried out the attack near the village of Dronivka in the eastern Ukrainian region of Donetsk Oblast.

The Instalaza C90 weighs less than 5 kg (11 lbs) and is considered one of the lightest launchers in its class.

Troops finished off the Russian BMP-2 after it was abandoned during an unsuccessful attempt to cross the river by the Russian Armed Forces.

Even though the BMP-2 still appeared to be in working order, a decision was made to destroy the amphibious vehicle.

The Ukrainian Center for Strategic Communications (StratCom) said on May 25: “SSO fighters destroy the ruined BMP-2, which was abandoned during an attempt to cross the Seversky Donets River near Dronivka.

“Shots were fired from the Spanish grenade launcher Instalaza C90.”

Russian troops invaded Ukraine on February 24 in what the Kremlin is still calling a “special military operation”. May 26 marks the 92nd day of the campaign.