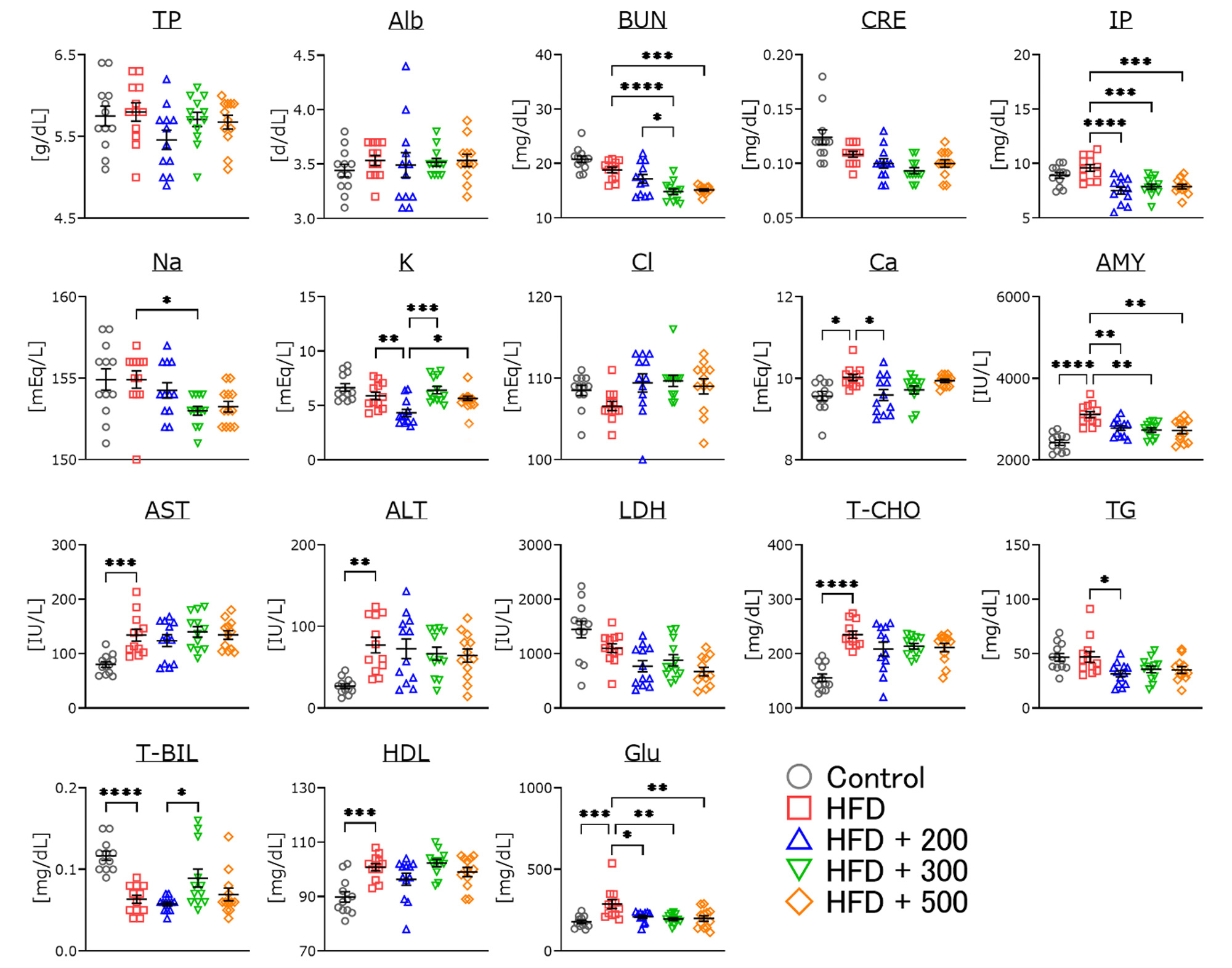 The figure shows a comparison of the changes in serum parameters for control, HFD-treated, and HFD-plus DSW-extract-added water-treated mice. (Koji Fukui from Shibaura Institute of Technology (SIT), Japan/Zenger).

In Japan, deep seawater (DSW) is commonly drunk due to its supposed health benefits and it is also used for cosmetic purposes and as seasoning.

And now new research has shown that DSW really does have health benefits, although the scientists have not been able to ascertain exactly the mechanism in place that provides those benefits.

It is a fact that DSW is a treasure trove of minerals such as potassium, calcium and magnesium, which human beings require for important functions.

With this in mind, scientists from the Shibaura Institute of Technology decided to further explore the biological effects of DSW extract-added water in obese mice in a recent study.

The team of scientists, led by Professor Koji Fukui of the Shibaura Institute of Technology (SIT) and including Yugo Kato, PhD, from SIT, Mr Hirotsugu Takenaka from Dydo-Takenaka Beverage Co., Ltd, and Masahiro Kohno, PhD, from SIT, explored the biological effects of DSW in obese mice.

They also determined what hardness of the water could have the biggest positive impact on health with their findings published in the journal Nutrients.

First, the researchers prepared DSW extract-added water of different levels of hardness (200, 300 and 500) from DSW taken off the coast of Muroto city, Kochi Prefecture, Japan.

They then administered the DSW extract-added water to obese mice over two months and evaluated if it had any effect on their cognitive and coordinative functions and also on their blood and biochemical parameters.

These mice were compared with control mice that were fed the same high-fat diet, but no DSW extract-added water.

The effect of DSW on cognitive and coordinative functions was evaluated by using various tasks. To determine the mechanism of cognitive improvement in the tests, the expression of neurotrophic factors and their receptors in the brain was evaluated. Quantitative analysis was conducted using spectroscopy.

Prof. Fukui said: “Although we did not observe an anti-obesity effect for any hardness level in the obese mice, the cognitive and coordinative functions of each DSW extract-added water-treated group were significantly improved compared to the control mice.”

A qualitative analysis of DSW extract-added water at a hardness level of 300 revealed higher concentrations of potassium and magnesium (11 and seven times that of filtered tap water, respectively).

Interestingly, sodium levels for water at this hardness level were found to be lower.

Prof. Fukui added: “It is important to keep sodium ion concentrations low when concentrating DSW. It is well known that high sodium levels are a high-risk factor for diabetes, high blood pressure, and cardiovascular risk.”

The researchers’ findings provide new insights on the amount of mineral nutrients safe for chronic intake through drinking water.

When asked about the broader applications of this research, Prof. Fukui surmised: “A continued intake of beverages containing moderate mineral levels may help maintain proper health. It may reduce the risk of developing various age-related illnesses, such as renal disease, high blood pressure, cognition and coordination abilities, and lipid metabolism disorders.”