VIDEO: War In Ukraine: Ukrainians Drive Away ‘Trophy’ Tanks After Rout At River

Zenger News obtained the footage from AFU StratCom, on Monday, May 23.
By William McGee May 25, 2022
Facebook
Twitter
Linkedin
Email 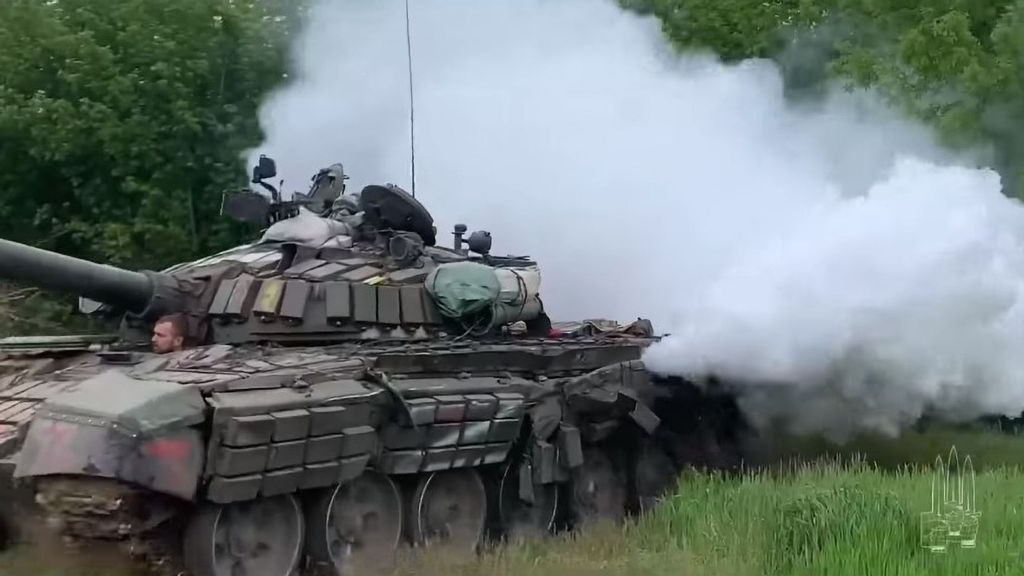 This footage shows Ukrainian troops driving away “trophy” military vehicles following their rout of Russians at the Seversky Donets river.

The clip opens with scenes of the devastation wreaked by Ukrainian forces on their Russian counterparts as they tried, but failed to cross the river in eastern Ukraine.

The video ends with Ukrainian troops driving away the military vehicles marked with ‘Z’s that were abandoned by the Russians but not destroyed in the rout.

Zenger News obtained the footage from AFU StratCom [Strategic Communications Department of the Armed Forces of Ukraine] on Monday, May 23.

AFU StratCom stated (in Ukrainian): “Ukrainian soldiers seized the surviving Russian equipment near the Seversky Donets River, which the occupiers failed to cross.

“Now the trophy is relatively intact: two infantry fighting vehicles and the T-72 tank will destroy the enemy.”

The T-72 is a family of Soviet/Russian main battle tanks that entered service in 1973. They are operated by several countries, including Russia and Ukraine.

Russian army units famously lost dozens of military vehicles when they tried to cross the Seversky Donets river near the village of Belogorovka in eastern Luhansk Oblast.

The Washington-based think tank Institute for the Study of War said that up to 485 of the 550 soldiers of the 74th Separate Guards Motor Rifle Brigade who tried to cross the river were killed or wounded.

The General Staff of the Armed Forces of Ukraine (AFU) said on May 24 that Russia had lost about 29,350 troops between February 24 and May 24.

Russian forces are currently trying to encircle the eastern cities of Sievierodonetsk, Lysychansk and Rubizhne, according to the British defense ministry.

And he reiterated that his country remains willing to exchange prisoners with Russia.