VIDEO: War In Ukraine: Troops Bomb Russian Base With New NATO Howitzer From 12 Miles Away

The brigade said it hit the base of the Russian command staff and destroyed a military SUV marked ‘Z’.
By Lee Bullen May 25, 2022
Facebook
Twitter
Linkedin
Email 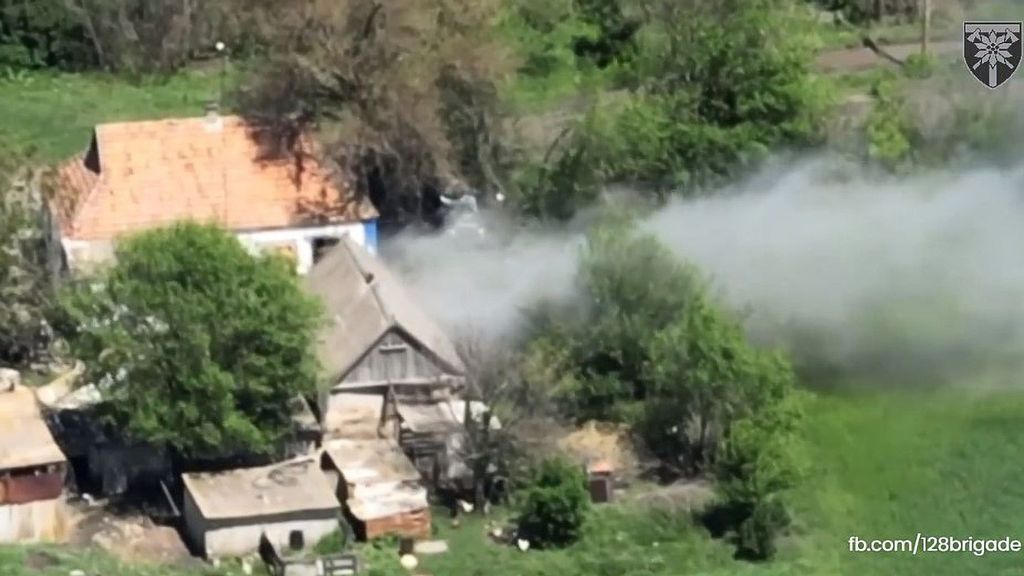 Soldiers of the Transcarpathian 128th Brigade hit the Russian command post with 1 shot in May 2022. (@128brigade/Zenger).

This is the moment Ukrainian soldiers bomb a Russian base with a newly-delivered NATO howitzer from a distance of over 12 miles away.

A statement by the 128th Mountain Assault Transcarpathian Brigade of the Ukrainian Ground Forces claimed that it fired from a NATO-supplied howitzer from a distance of over 20 kilometers (12.4 miles).

The brigade said it hit the base of the Russian command staff and destroyed a military SUV marked ‘Z’, killing several enemy soldiers in the process.

The Ukrainian brigade said on May 23: “From the first shot: The ‘Transcarpathian Legion’ hit a racist target with a NATO howitzer from a distance of over 20 kilometers.

“Artillerymen of the 128th Mountain Assault Transcarpathian Brigade hit the base of the command staff of one of the units of the Russian Army.

“A military SUV marked with ‘Z’ and several nearby racists were destroyed.

“The shot was fired from a howitzer that arrived in Ukraine as part of NATO aid.

“A time-lapse drone video shows the arrival of a 155-caliber projectile and the moment of its powerful explosion. The target was over 20 kilometers ([12 miles] away so an accurate shot clearly demonstrates the high accuracy of the latest weapons that have arrived and continue to enter the Armed Forces of Ukraine.”

From February 24 to May 23, the total combat losses of Russian troops stand at around 29,350 personnel, according to the General Staff of the Armed Forces of Ukraine.