The attack was carried out by members of the Western Military District  at a distance of between 10 and 15 kilometers [6 to 9].
By Lee Bullen May 25, 2022
Facebook
Twitter
Linkedin
Email 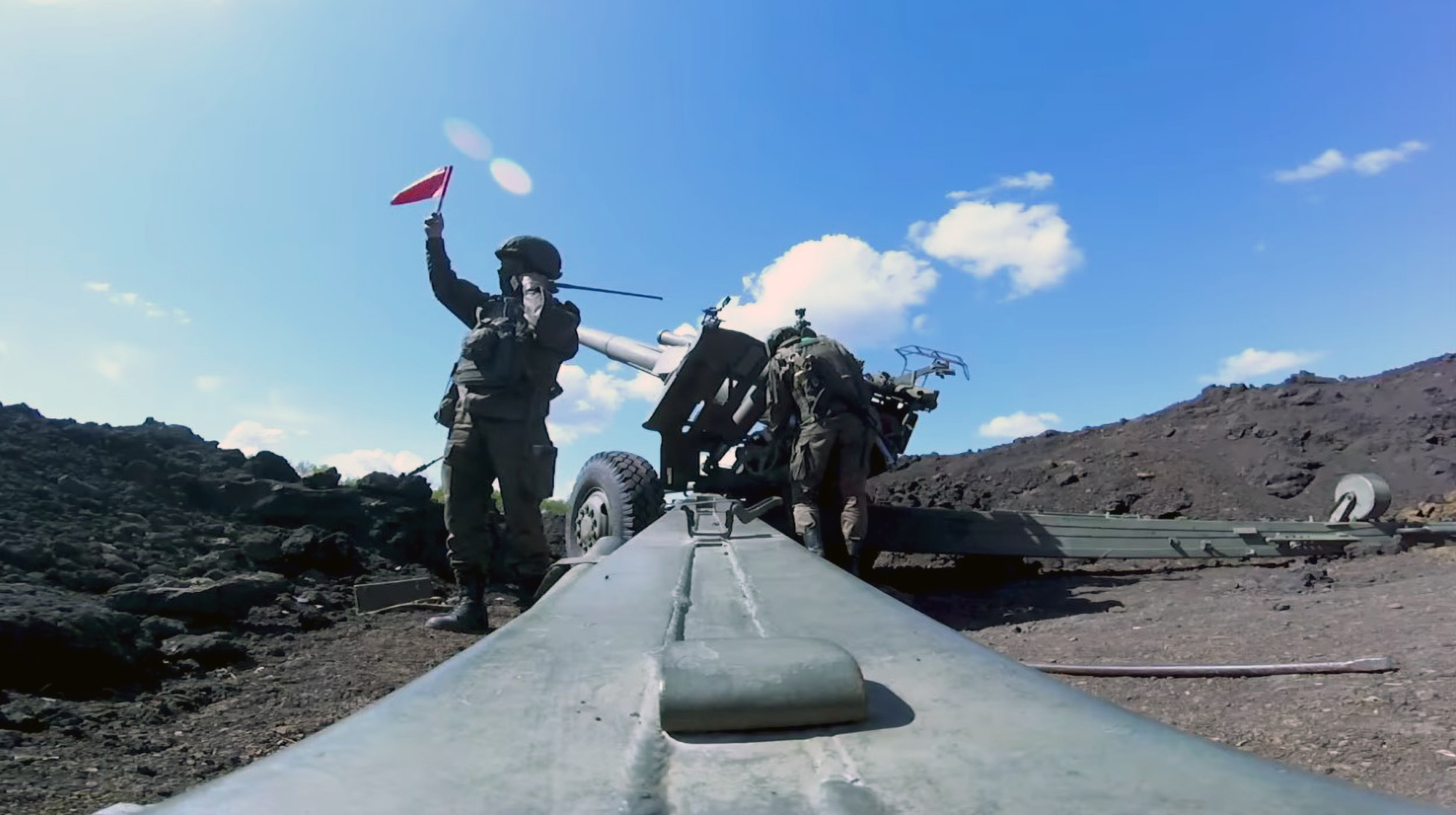 152 mm Msta-B howitzers during combat missions to destroy armored vehicles and fortified positions of AFU in May 2022. (Ministry of Defense of Russia/Zenger).

In a graphic video, Russian troops prepare a battery of howitzers in a trench and blast multiple Ukrainian targets.

The attack was carried out by members of the Western Military District, one of the five military districts of the Russian Armed Forces, at a distance of between 10 and 15 kilometers [6 to 9].

The Russian ministry of defense declared on May 24: “Footage shows the combat work of the 152-mm ‘Msta-B’ howitzers of the Western Military District when performing firing operations to destroy armored vehicles and fortified positions of the Armed Forces of Ukraine.”

In the video, Russian troops are seen loading the battery of howitzers before sending a volley of missiles that apparently hit their intended targets.

Meanwhile, Russian forces are currently trying to encircle the eastern cities of Sievierodonetsk, Lysychansk and Rubizhne, according to the British ministry of defense.

He also said that said Ukraine is determined to reclaim control over the southern cities of Kherson, Melitopol, Berdiansk, Enerhodar and Mariupol, currently occupied by Russian forces.