Zenger News obtained the footage from the 30th Independent Mechanized Brigade on Monday, May 23.
By William McGee May 25, 2022
Facebook
Twitter
Linkedin
Email 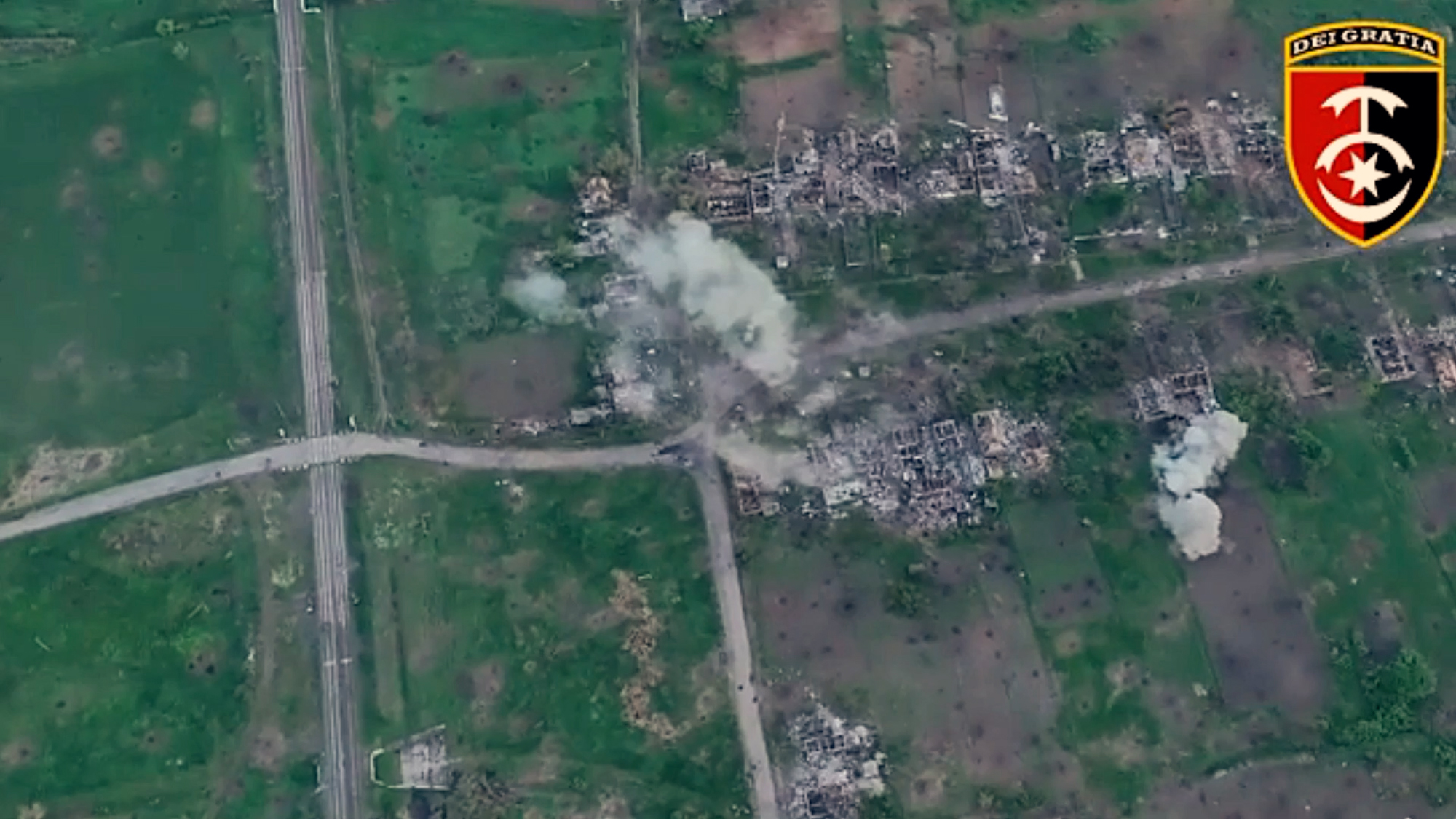 Graphic video footage shows an ammo-laden Russian army vehicle being turned to scrap in a spectacular explosion after Ukrainian forces score a direct hit on it.

The video opens with several explosions breaking out in and around a devastated settlement among fields as Ukrainian forces shell the area.

The drone filming from the sky then zooms in on a burning wreck, which appears to be a Ural-4320 general-purpose off-road 6×6 vehicle daubed with a white ‘Z’.

A spectacular explosion then fills the screen as the ammo inside the vehicle detonates and debris is flung all around.

Fire then rages as a thick plume of dark smoke rises into the sky.

Zenger News obtained the footage from the 30th Independent Mechanized Brigade – a formation of the Ukrainian Ground Forces – on Monday, May 23.

The brigade said (in Ukrainian): “The enemy vehicle ‘Ural’ with ammunition destroyed by our soldiers burns no worse than the cruiser ‘Moskva’.”

The Russian guided missile cruiser Moskva famously sunk in the Black Sea on April 14 after Ukrainian forces damaged the ship with two R-360 Neptune anti-ship missiles. Russian media claimed the sinking was due to “stormy seas.”

The 30th Independent Mechanized Brigade did not specify where in Ukraine the latest strike took place.

Russia invaded Ukraine on February 24 in what the Kremlin has been calling a “special military operation” to “protect Donbass.”
May 24 marks the 90th day of the invasion.

The General Staff of the Armed Forces of Ukraine (AFU) reported earlier today that Russia had lost about 29,350 troops between February 24 and May 24.

Russian forces are currently trying to encircle the eastern cities of Sievierodonetsk, Lysychansk, and Rubizhne, according to the Ministry of Defense of the United Kingdom.

Ukrainian President Volodymyr Zelenskyy said Russian troops are trying to destroy “everything living” in the embattled Donbas region, but he reiterated that his country remains willing to exchange prisoners with Russia.

And jailed Russian opposition leader Alexei Navalny has condemned Russian President Vladimir Putin in a live court hearing, calling him a “madman” who started a “stupid war” in Ukraine.