Zenger News obtained the video from the Special Operations Forces (SSO), on Tuesday, May 24.
By William McGee May 25, 2022
Facebook
Twitter
Linkedin
Email 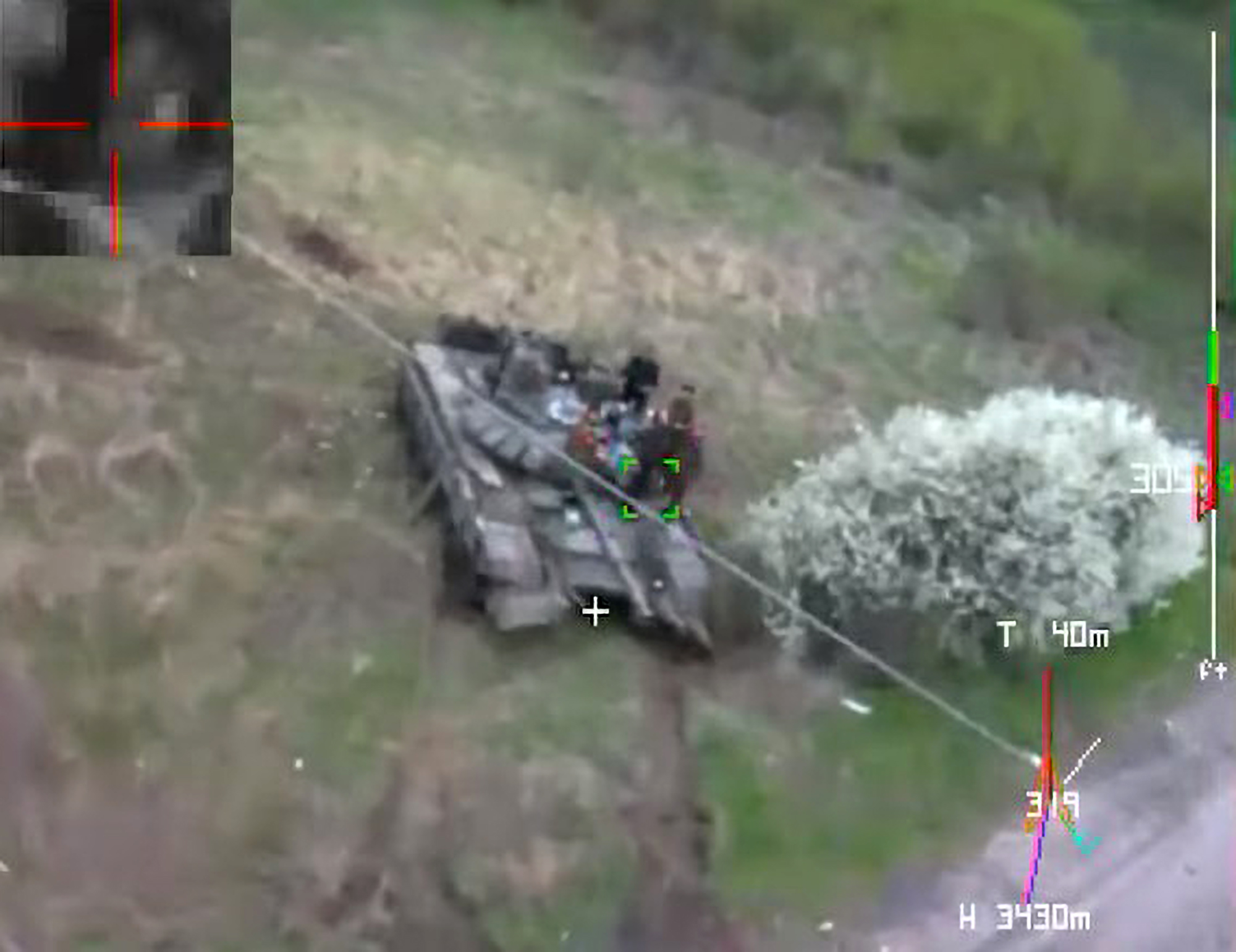 Kamikaze drones of Special Operations Forces are destroying the Russian occupiers in May 2022. (@usofcom/Zenger).

This remarkable footage shows a Ukrainian ‘kamikaze’ drone smashing into a Russian tank and turning it into a ball of smoke and fire.

Zenger News obtained the video from the Special Operations Forces (SSO) – the special forces of Ukraine – earlier on Tuesday, May 24.

“SSO operators in Ukraine have developed skills in owning another type of modern weapon. An example of this is another destruction of an enemy tank along with the enemy’s manpower. According to our soldiers, the Russian occupiers were quietly drinking alcohol at one of the positions, sitting on the armor of their tank. However, the usual Russian occupation was abruptly interrupted by an unexpected attack from the air. A modern kamikaze drone, equipped with a powerful explosive, flew straight into the tank, causing irreparable damage to the enemy. The whole process of destroying the enemy was filmed by a camera located on the killer drone.

“This video is published to the general public for the first time, but it is worth noting that the combat use of kamikaze UAVs is a constant practice for the SSO of Ukraine during the war with Russian invaders. This is a good example of how the help of foreign partners together with the training and professionalism of our soldiers give positive results at the front.

The SSO – which was founded in January 2016 and is headquartered in Kyiv – did not specify where in Ukraine the strike took place.

The footage comes as the General Staff of the Armed Forces of Ukraine (AFU) gave its latest update on enemy losses.

The AFU General Staff said Russia had lost about 29,350 troops between February 24 and May 24.

Meanwhile, Russian forces are currently trying to encircle the eastern cities of Sievierodonetsk, Lysychansk, and Rubizhne, according to the British Ministry of Defense.

And he reiterated that his country remains disposed to exchange prisoners with Russia.