Russian troops invaded Ukraine on February 24 in what the Kremlin is still calling a "special military operation".
By Lee Bullen May 25, 2022
Facebook
Twitter
Linkedin
Email 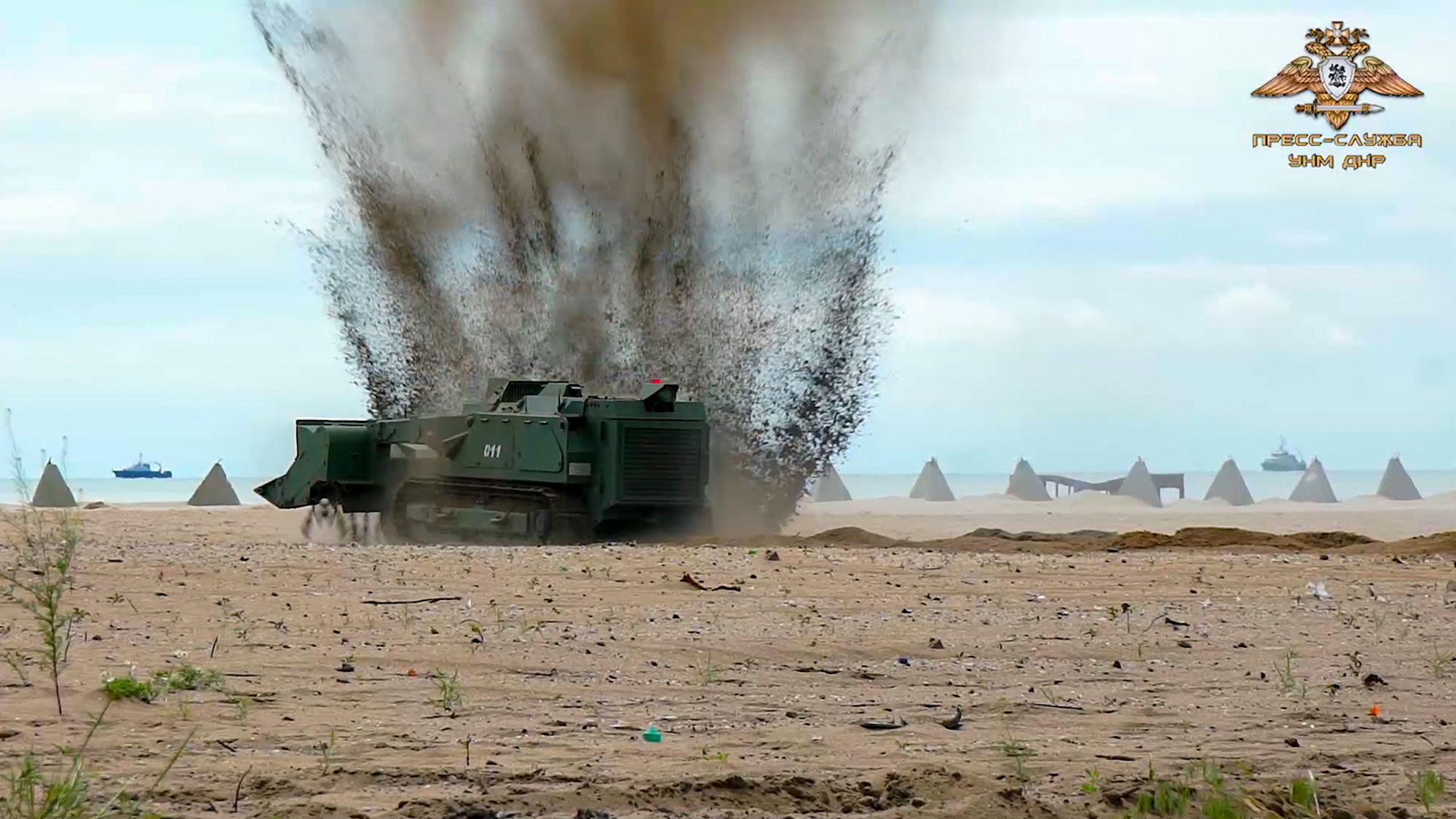 People's Militia of the DNR and demining detachment of the Armed Forces of the RF demining beaches near the seaport in Mariupol in May 2022. (@nm_dnr/Zenger).

In a released video, pro-Russian combat engineers used metal detectors and demining robots to clear the battered city of Mariupol of mines and explosives after “liberating” the area last week.

Following the “liberation” of the port city from “Ukrainian militants,” according to the DPR, peaceful life is being restored in the bombed-out city.

The militia added that combat engineers or sappers are using the most modern equipment available to clear the area of explosives, including large Uran-6 demining robots.

The People’s Militia said on May 24: “Mariupol, completely liberated from Ukrainian militants, is starting to restore peaceful life, but this cannot be done without the complete demining of the city.

“This is what fighters of the People’s Militia of the DPR are doing with the support of the combined demining unit of the international mine action center of the Russian Armed Forces.

“To eliminate explosive objects, sappers use the most modern equipment available, including the Uran-6 robotic demining system.”

Meanwhile, Russian forces are currently trying to encircle the eastern cities of Sievierodonetsk, Lysychansk and Rubizhne, according to the UK Ministry of Defense.