Tick Talk: Why Such Pests Are Thriving Throughout The Eastern U.S.

Climate change is responsible for additional ticks, which dramatically increases the risk of Lyme disease.
By Allison Finch May 25, 2022
Facebook
Twitter
Linkedin
Email 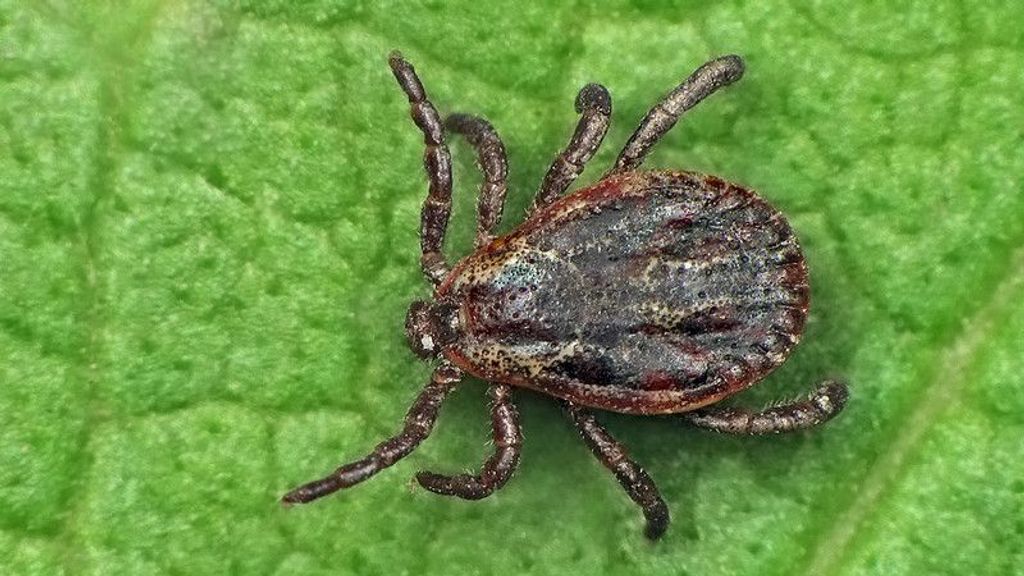 Climate change has contributed to the expanded range of ticks, specifically deer ticks. They thrive in areas where the humidity is at least 85% or higher. (Ryszard/Flickr)

Climate change is a disaster for wildlife worldwide.

The most recent Intergovernmental Panel on Climate Change report warns that extinctions could come as temperature rises. In fact, climate change already affects at least 10,967 species, increasing their likelihood of extinction, according to the International Union for Conservation of Nature.

But not all species are being negatively affected by climate change. At least one tiny animal is taking advantage of the shifting conditions by growing its population.

Recent studies prove that climate change has contributed to the expanded range of ticks, specifically deer ticks, increasing the potential risk of Lyme disease, a bacterial infection, in areas where ticks were previously unable to survive.

But for ticks to die, the temperature must be below 10 degrees F for a sustained number of days. With winters becoming milder and shorter, this isn’t happening as often. In addition, if a tick is attached to a deer or another host animal, the body temperature of the host will keep them warm enough to survive a cold snap.

“Cold weather to kill the ticks is not as long or as cold,” Dr. Samuel Shor, a clinical associate professor at George Washington University, told Sarah Gisriel, AccuWeather national reporter.

Among the states where Lyme disease is common, Maine and Vermont have experienced the most significant increase in reported cases since 1991, according to the EPA. Both states are notorious for cold winters, but over the past 40 years, the average temperature during winter has warmed drastically. Without long stretches of cold weather, tick populations don’t die off as frequently.

In Maine, winter temperatures have risen more than 4 degrees Fahrenheit since 1970, according to a study published by Climate Central. In Vermont, winter temperatures have risen nearly 5 F since 1970. Also, 2010 to 2020 was the warmest 11-year period on record for the state, and the intensity of extreme winter cold is projected to decrease, according to a study published by NOAA National Centers for Environmental Information (NCEI).

Ticks have three stages of life: larva, nymph and adult. And while ticks are active from March to November, the peak season for nymphal ticks is May and June. Nymph ticks are more likely to transmit Lyme disease than adult ticks because of how tiny they are, said the CDC. Since nymph ticks are usually smaller than 2 mm, approximately the size of a poppy seed, they have more time than the adult tick to transmit the bacteria to humans before being discovered and removed.

These ticks are commonly found in wooded areas and on the tips of vegetation, but a blast of wind could carry them to their next victim.

“I’ve seen ticks blown by the wind,” Dr. Steven Bock, the president of the International Lyme and Associated Disease Society said in an interview with Gisriel. “People on a patio, with no grass around them, all of a sudden, they have a tick.”

“If you’re going camping, and you’re going to be in infested tick country, then you may want to use clothing that has been sprayed with chemical DEET,” Bock said.

Experts also recommend performing a tick check after spending time outside. Many nymph ticks are too light even to feel. Early signs of Lyme disease include fever, chills, headache, muscle and joint aches, fatigue and a bull’s-eye rash. Doctors say Lyme disease can be transmitted within hours and suggest getting checked out as soon as the symptoms appear.