A golden retriever named Marty had a tumor weighing 1 kg (2.2 lbs) removed from its spleen. 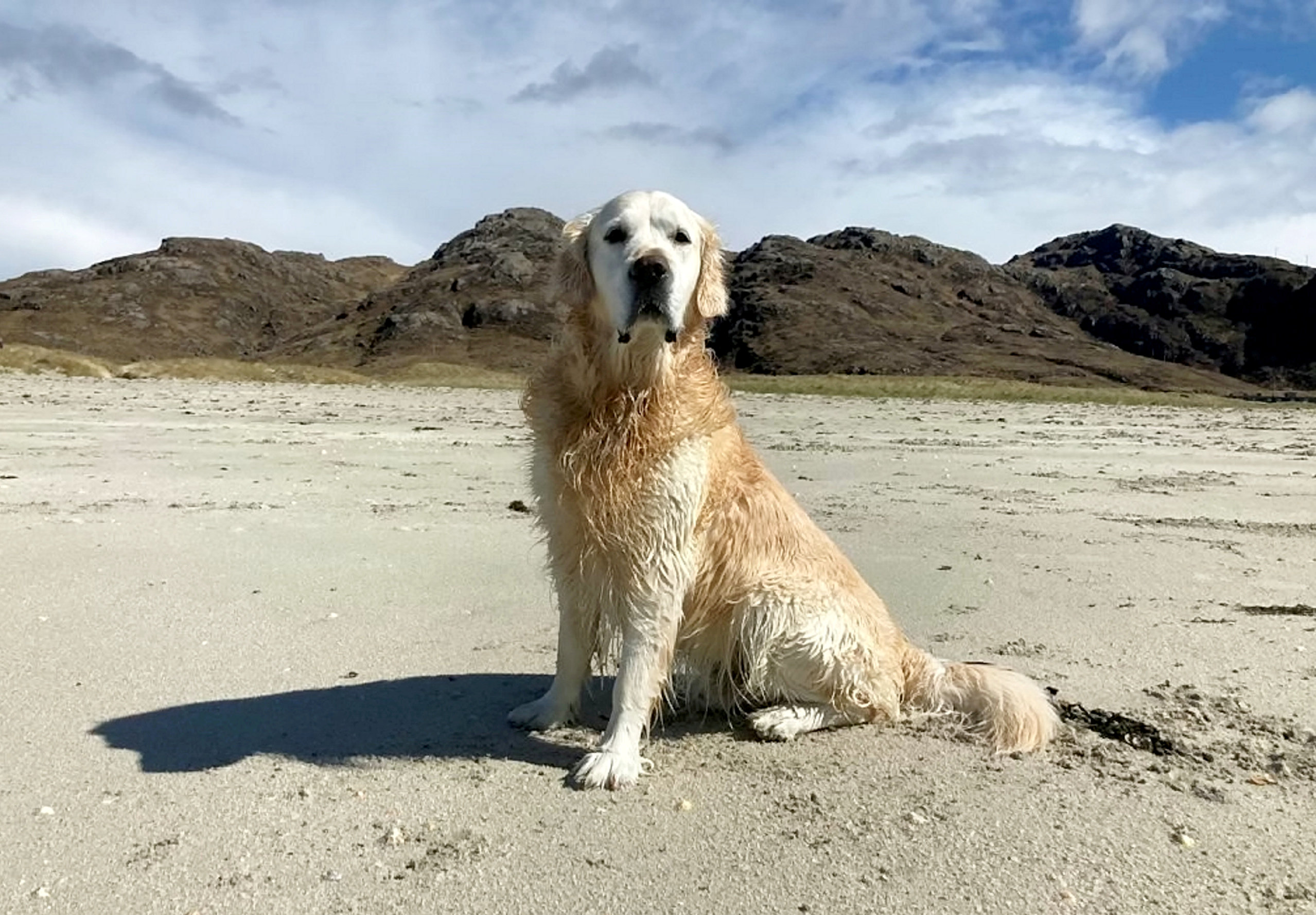 A golden retriever had a tumor the size of a football removed from its spleen - after owners thought the pooch had piled on 2.2 lbs by eating too much. (Sarah Ward/Zenger).

A golden retriever had a tumor the size of a football removed from its spleen – after owners thought the pooch had piled on 1 kg (2.2 lbs) by eating too much.

Marty, aged 11, had been facing the prospect of a reduced diet to help him lose weight.

He was rushed in for surgery at Veterinary Specialists Scotland (VSS) in Livingston, West Lothian, where he had an emergency op and miraculously survived.

Owner Jane Gallacher said she was resigned to the likelihood of her dog losing his life with or without vet intervention – and thanked specialist vet Joanna McCagherty for saving his life.

Jane, from Stirling, said: “We faced the possibility of taking Marty home to die or a potentially complex operation which may or may not save him.

“Our vet advised his best chance lay in him being transferred to a specialist-led veterinary center for surgery and in-patient care and Joanna at VSS said she would operate on Marty that evening.

“We were so very grateful and knew that without surgery Marty might die over the weekend.

“When we met Joanna late on Friday afternoon, Marty trotted off down the corridor behind her as though he knew his life was in her hands.

“We all trusted her from the start.

“She explained the plan and was entirely honest about the risks and so kind throughout, promising us she would call when the surgery was over that evening.

“When Joanna called, she told us Marty’s spleen had ruptured due to the large tumor but that his body had stemmed the bleeding itself.

“Amazingly, he had not lost too much blood and therefore did not need a blood transfusion.

“She then told us the mass that she’d removed was the size of a football!

“We felt so bad as we’d been cutting back his food a bit thinking he was a getting a little bit heavy – he’s more than 1 kg (2.2 lbs) lighter now.

“We will forever be thankful for the amazing dedication and skill of Joanna and the VSS team effort that saved our Marty.

“It’s a truly remarkable story and the icing on the cake was the call from Joanna 10 days after surgery with the news that the tumor was benign and Marty was cancer-free.

“We are so grateful.”

Joanna said: “Marty had been referred to us as an emergency for investigation and surgical management of haemoabdomen due to a suspected bleeding mass on his spleen.

“A CT scan was performed which revealed a large mass, some 20 cm (7.8 inches) across, within Marty’s spleen and free fluid within the abdominal cavity which was likely to be blood.

“Marty underwent abdominal surgery and we discovered the very large mass had ruptured and was bleeding in several areas.

“It was also firmly adhered to the surrounding tissues, making it very challenging to remove the spleen and the associated mass.

“The spleen was then submitted for histopathology.

“The majority of masses on the spleen which have ruptured are typically malignant tumors, so we were very pleased Marty’s mass was benign and no further treatment was needed.”