Zenger News obtained the footage from the Ministry of Defense (MoD) of the Russian Federation earlier on Monday, May 23.
By William McGee May 24, 2022
Facebook
Twitter
Linkedin
Email 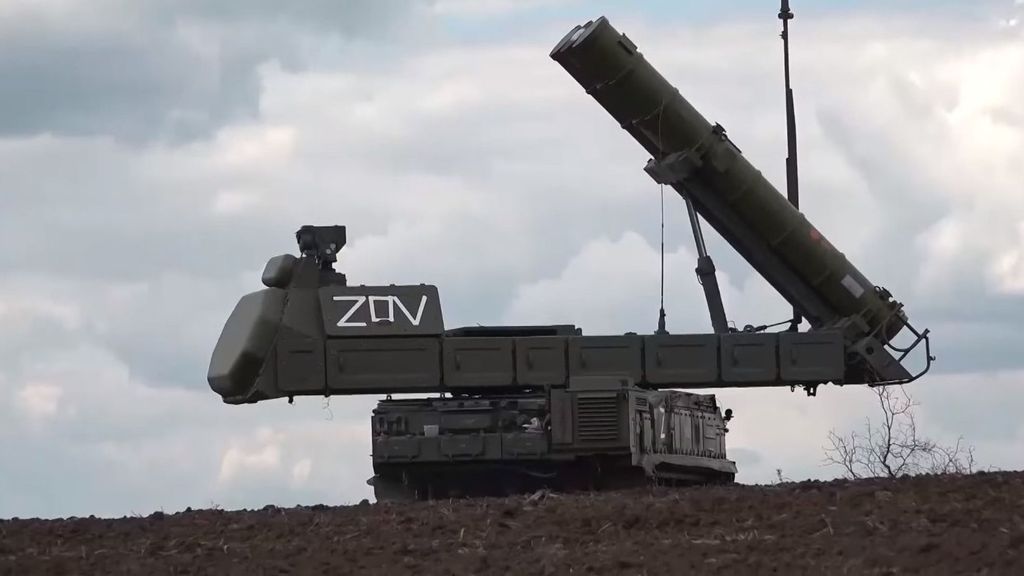 High-precision, long-range sea-based missiles in Zhitomir Region destroyed Ukrainian weapons and military in May 2022. (Ministry of Defense of Russia/Zenger).

This slick footage shows Russian missiles being launched from both sea and land into the sky and towards targets in Ukraine.

The video also shows targets both in mid-air and on the ground being hit in pinpoint strikes and turned into balls of smoke.

Zenger News obtained the footage from the Ministry of Defense (MoD) of the Russian Federation earlier on Monday, May 23.

“High-precision, long-range sea-based missiles near Malin railway station in Zhitomir Region have destroyed weapons and military equipment of the Ukrainian armed forces’ 10th Mountain Assault Brigade from Ivano-Frankovsk that had been transferred to Donbass.

“High-precision air-based missiles have hit 4 command posts, 1 communication center of the North Task Force near Bakhmut in the Donetsk People’s Republic, 48 areas of manpower and military equipment concentration, as well as 6 ammunition depots near Soledar, Sol’, Bakhmut, Berestovoe, Zakotoe and Nyrkovo in the Lugansk People’s Republic, during the day.

“1 Ukrainian Osa-AKM anti-aircraft missile system has also been destroyed near Bakhmut in the Donetsk People’s Republic.

“Operational-tactical and army aviation have hit 39 areas of manpower and military equipment concentration and destroyed 1 ammunition depot near Krasnyi Liman in the Lugansk People’s Republic.

“The attacks have resulted in the elimination of more than 230 nationalists and up to 33 armored and motor vehicles.

“Missile troops and artillery have hit 73 command posts, 578 areas of AFU manpower and military equipment concentration, as well as 37 artillery and mortar units at firing positions.