The attack took place in the easternmost Ukrainian region of Luhansk Oblast.
By Lee Bullen May 24, 2022
Facebook
Twitter
Linkedin
Email 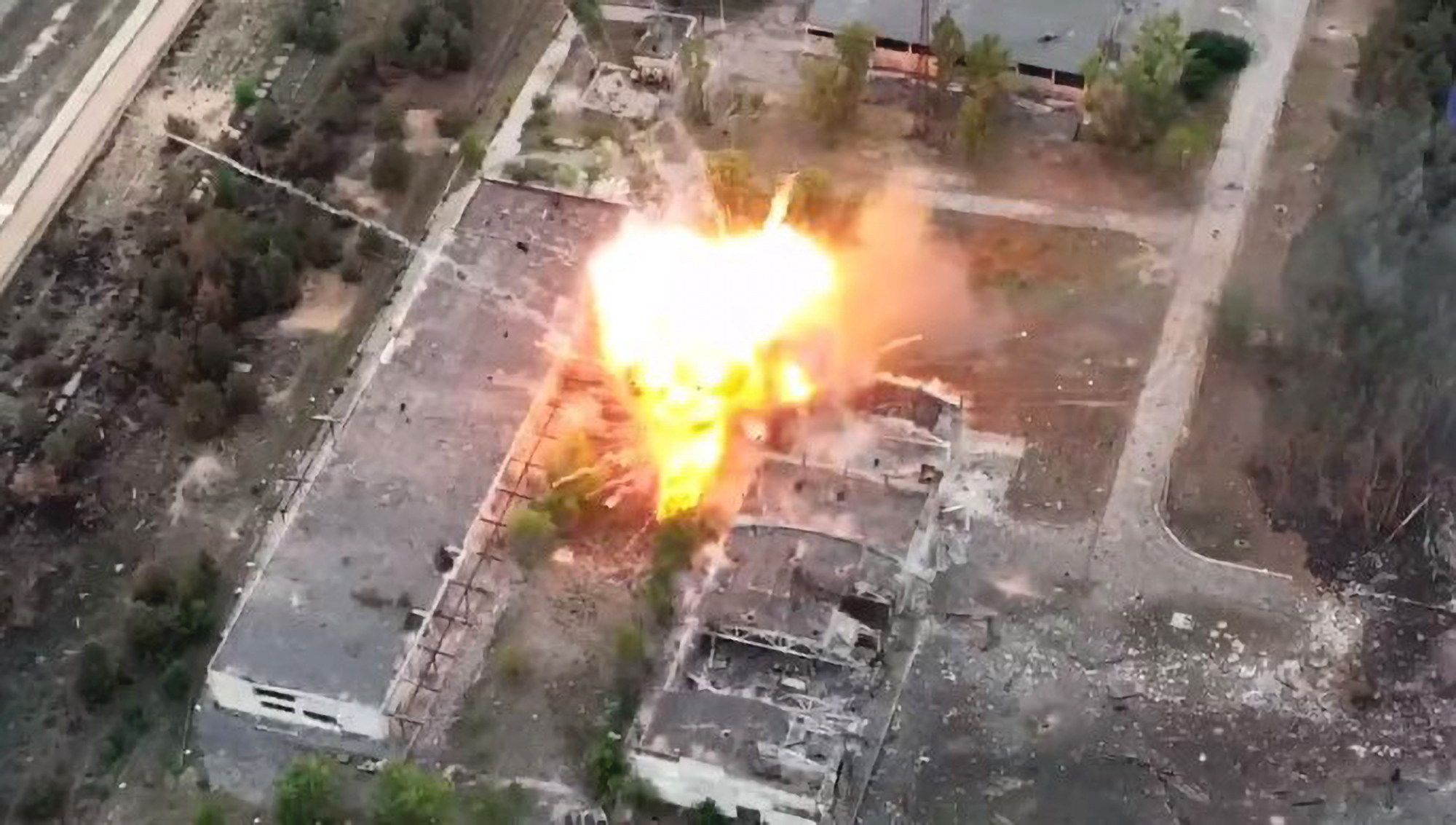 This is the moment Ukrainian troops bomb a Russian hangar and destroy a 2S4 Tyulpan 240-mm self-propelled mortar that was used to attack local homes and a bridge.

The attack, carried out by the Ukrainian Rapid Reaction Brigade and members of the 24th Mechanized Brigade, took place in the easternmost Ukrainian region of Luhansk Oblast.

National Guard of Ukraine said on May 22: “Video story of the bright liquidation of the ‘Tyulpan’ 240-mm self-propelled mortar in Luhansk region. With his equipment, the occupiers destroyed the bridge between Severodonetsk and Lysychansk and destroyed houses in Severodonetsk.

“The artillery of the NMU Rapid Reaction Brigade and the 24th Mechanized Brigade named after King Daniel first lured the enemy out of the hangar and then destroyed them.

“Thanks to the Russian propagandists for the tip.”

“Also, in the same place, a fleet of enemy vehicles was destroyed.

“Let’s stop the enemy together!”

The 24th Mechanized Brigade said on May 22: “Another video showing the joint work of artillerymen of the Royal Brigade and the Rapid Response Brigade of the National Guard of Ukraine.

“It shows the bright moment a ‘Tyulpan’ 240-mm self-propelled mortar is destroyed, which the occupier used to blow up civilian infrastructure in Severodonetsk and Lysychansk.

“Unity is our strength.”

Ukrainian President Volodymyr Zelenskyy called Russia’s invasion of Ukraine an “absolute failure” and said Russian leaders were afraid to acknowledge “that catastrophic mistakes were made at the highest military and state level”.