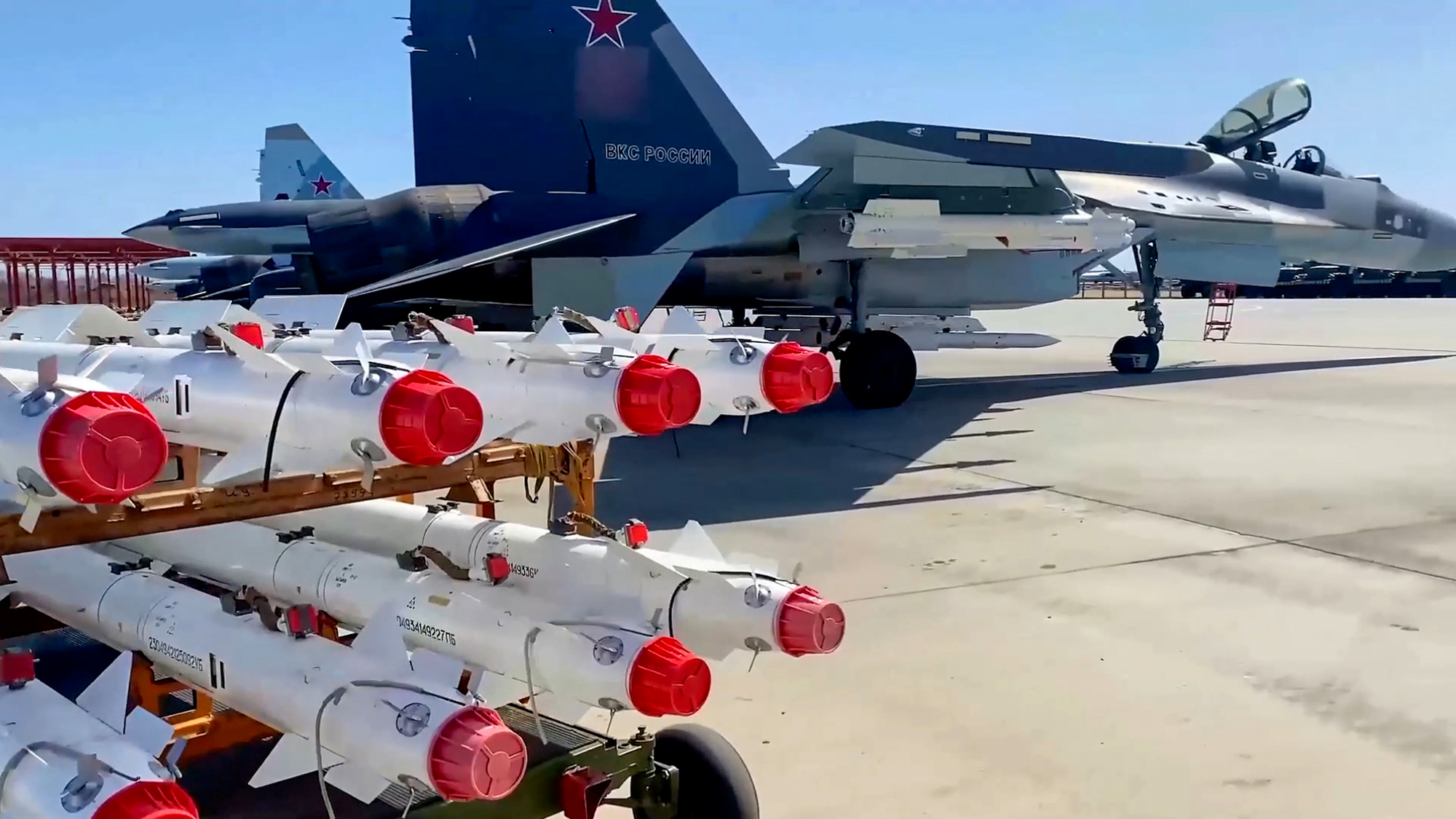 This is the moment Su-35 fighter jets take to the sky and bomb Ukrainian targets before returning to base.

The Russian Ministry of Defense (MoD) said crews of the Su-35S fighter jets from the Western Military District of the Russian Armed Forces destroyed viral “military infrastructure of the Armed Forces of Ukraine during the special military operation”.

The Russian MoD boasted that Russian units continue to batter Ukrainian military infrastructure facilities with precision-guided weapons, adding that tactical operations are carried out from their temporary airfields.

According to the Russian military, Su-35S pilots cooperate with their counterparts in Su-34 bombers to inflict maximum damage on the enemy’s strongholds.

The Russian MoD also said they shot down two Ukrainian Su-25 jets in the regions of Donetsk Oblast and Kherson Oblast in a single day.

The Su-35S is designed to gain air supremacy by destroying manned and unmanned aerial vehicles with guided missiles at long, medium and short ranges, while conducting long-range and short-range combat maneuvers.

The Ministry of Defense said that Ka-52 Alligator reconnaissance and attack helicopters are used to escort military columns, and eliminate enemy weapons and strategic facilities. In addition, they are used to deliver troops and military cargo as well as provide air support to ground units.

The total combat losses of Russian troops stand at around 29,200 personnel, according to the General Staff of the Armed Forces of Ukraine.