The Russian military claimed that 2,439 members of the Azov Battalion have laid down their arms and surrendered.
By Lee Bullen May 24, 2022
Facebook
Twitter
Linkedin
Email 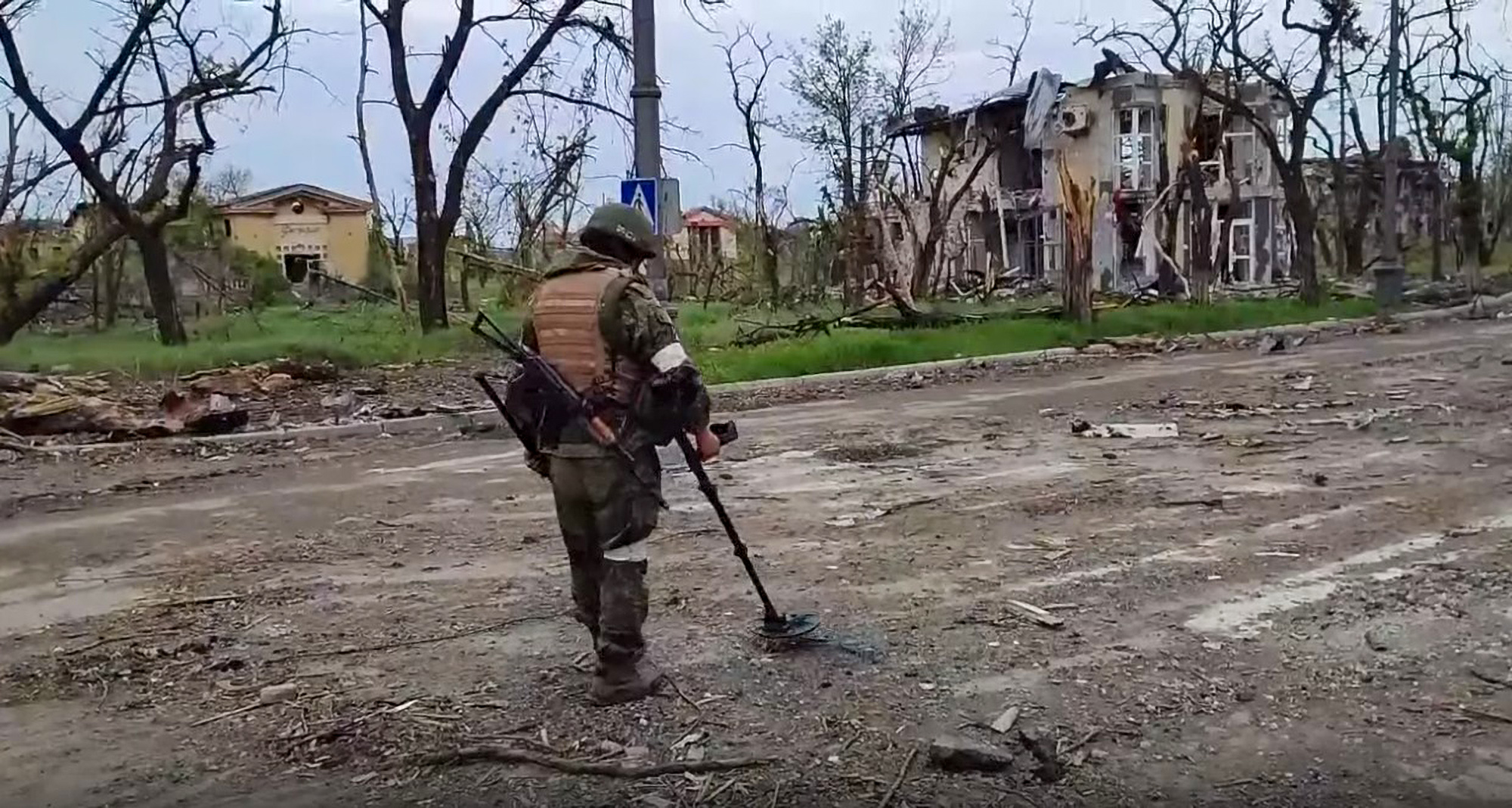 Engineering units of the Armed Forces of the Russian Federation are demining the territory of the Azovstal plant in Mariupol in May 2022. (Ministry of Defense of Russia/Zenger).

This is the moment Russian combat engineers demine the bombed-out Azovstal plant in Mariupol.

Russian troops stormed the plant on April 19 and destroyed large areas. However, pockets of organized resistance fighters of the Azov Battalion, a far-right unit of the National Guard of Ukraine, holed up in the plant and mounted a brave resistance.

The battalion, which had been nursing dozens of wounded soldiers, began to suffer a medical crisis due to a lack of basic necessities such as bandages and cleaning products inside the besieged plant. As a result of their plight, the Azov Battalion started to surrender to Russian troops last week.

The Russian military claimed that 2,439 members of the Azov Battalion have laid down their arms and surrendered.

The Russian Ministry of Defense (MoD) said in a statement that combat engineers have been clearing the bombed-out plant of mines, adding that over 100 explosive devices have been successfully destroyed so far.

A spokesperson for the People’s Militia of the Donetsk People’s Republic (DPR) said: “Work is proceeding according to the schedule, the personnel feel confident, they are carrying out engineering reconnaissance.

“At the moment, over 100 explosive objects have been destroyed in two days, but work continues.”

The Russian MoD said Ukrainian fighters mined the entire perimeter of the plant as well as buildings inside the complex.

The total combat losses of Russian troops stand at around 29,200 personnel, according to the General Staff of the Armed Forces of Ukraine.