VIDEO: War In Ukraine: Defenders Blitz Russian Base And Destroy Dozens Of Tanks

Ukrainian Air Assault Forces and Land Forces are said to have destroyed numerous armored and motor vehicles of the occupier.
By James King May 24, 2022
Facebook
Twitter
Linkedin
Email 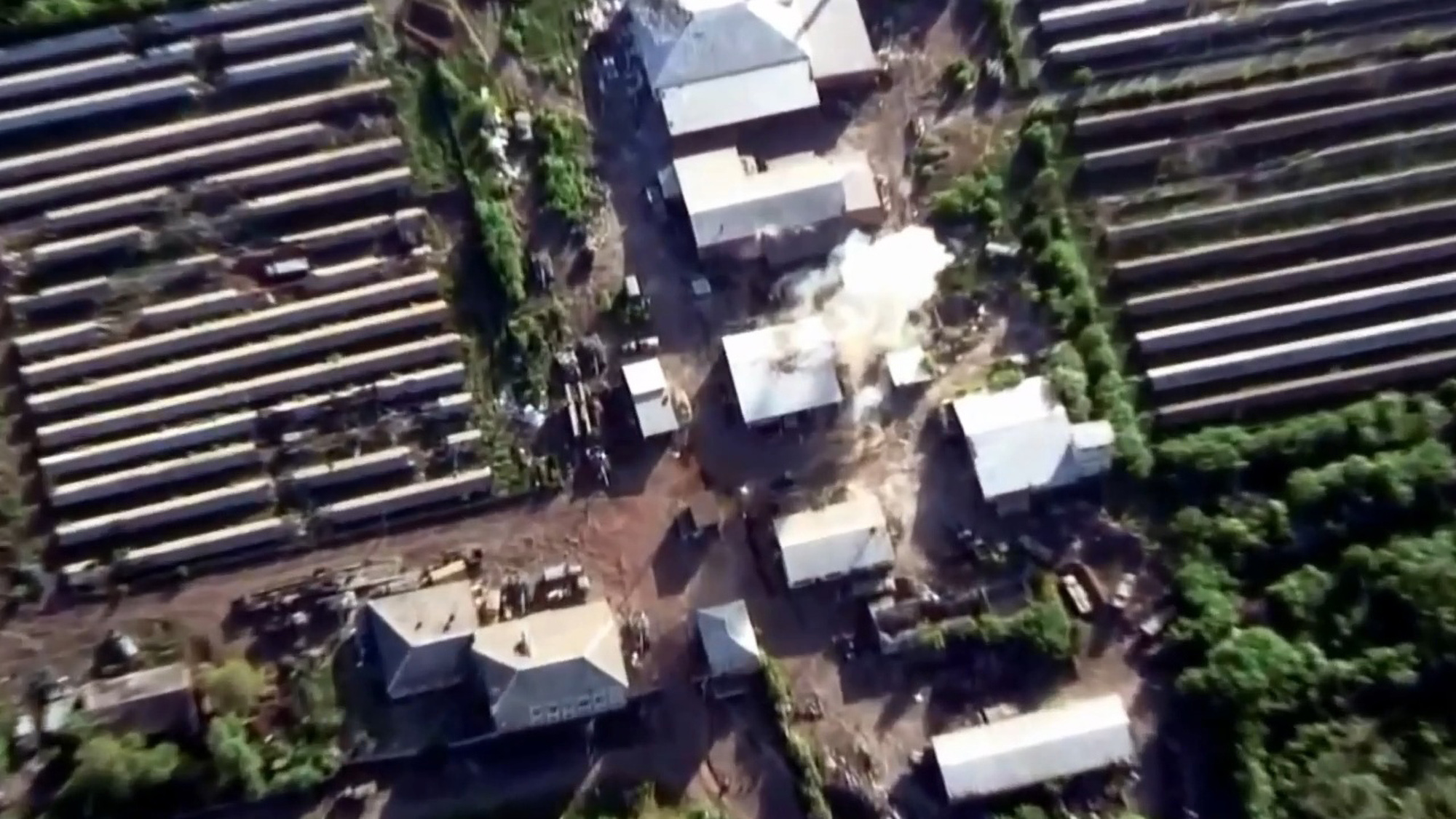 This is the moment Ukrainian soldiers blitz a Russian base and destroy a large number of tanks and military equipment.

The Ukrainian military said in a statement on May 20: “DShV [Ukrainian Air Assault Forces] and Land Forces artillery destroyed a large number of the occupier’s armored and motor vehicles and continues to do so.

“We continue to fight and destroy the enemies of our Ukraine! Every occupier will be punished! Glory to Ukraine!”

From February 24 to May 20, the total combat losses of Russian troops stand at around 28,700 personnel, according to the General Staff of the Armed Forces of Ukraine.

The Kremlin also said that the Ukrainian fighters from the Azovstal plant have been taken to a former prison colony in a Russian-controlled part of Donetsk.