Lukashenko has bought nuclear-capable Iskander missiles from Putin and says he plans to produce his own.
By Darko Manevski May 24, 2022
Facebook
Twitter
Linkedin
Email 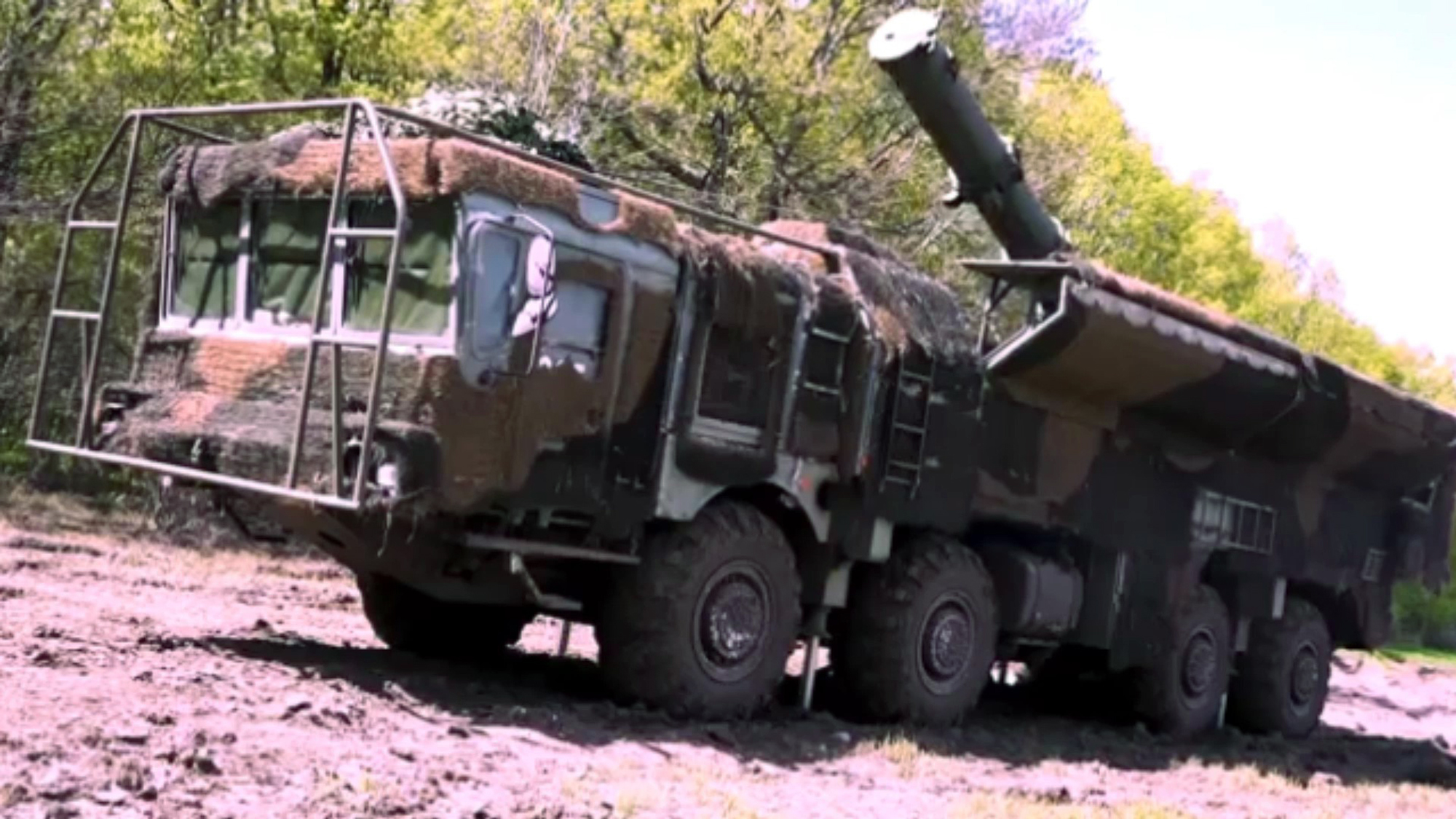 Russian President Vladimir Putin has sold nuclear-capable Iskander missiles to Belarus, his ally in the war on Ukraine.

And the president of Belarus, Aleksandr Lukashenko – a pal of Putin’s – gloated: “At the very least, this weapon can cause unacceptable, colossal damage.”

Lukashenko has bought 9K720 Iskander nuclear-capable missiles and S-400 missile systems from Putin and says he plans to produce his own by the end of the year.

The 67-year-old Belarusian leader held a meeting with the head of the Russian region of Nizhny Novgorod Oblast – Gleb Nikitin, 44 – to discuss ordering a “sufficient” number of the missile defense systems.

He also boasted that they “now have a completely different army” with the Russian missile systems at his disposal.

President Lukashenko said: “We made an agreement with Putin. We bought from you a number of these Iskanders and S-400s we needed, and armed our army.

“Now we have a completely different army with such weapons. At the very least, this weapon can cause unacceptable, colossal damage.”

He also said that Belarus hopes to start production of these missile systems by the end of the year with the help of Russian weapons experts.

Belarus, Putin’s main ally, has been allowing Russian units to use territory bordering with Ukraine as a rear base.

Earlier this month, the Belarusian leader accused the West of being “at war with Russia” in Ukraine as well as supporting far-right ideas.

Belarusian forces have not been directly involved in the invasion of Ukraine, however, western sanctions have included Russia’s main ally.

Lukashenko, dubbed ‘Europe’s last dictator’, has been the first and only president of Belarus since July 20, 1994, making him the longest-sitting European leader.

The 9K720 Iskander is a short-range mobile ballistic missile system produced and deployed by the Russian military.

The missile systems were introduced to replace the now obsolete OTR-21 Tochka systems, even though these were still in use by the Russian armed forces as of 2020.

The Iskander can be used with a selection of warheads, including cluster munitions, a few air explosive warheads, a high explosive-fragmentation warhead and an earth penetrator for bunker-busting.

It is built with an electromagnetic pulse device for anti-radar missions and can also carry nuclear warheads.