A white Lexus suddenly veers across multiple lanes of traffic on North MoPac freeway and strikes a pickup, the video shows.
By Pol Fernandez May 24, 2022
Facebook
Twitter
Linkedin
Email 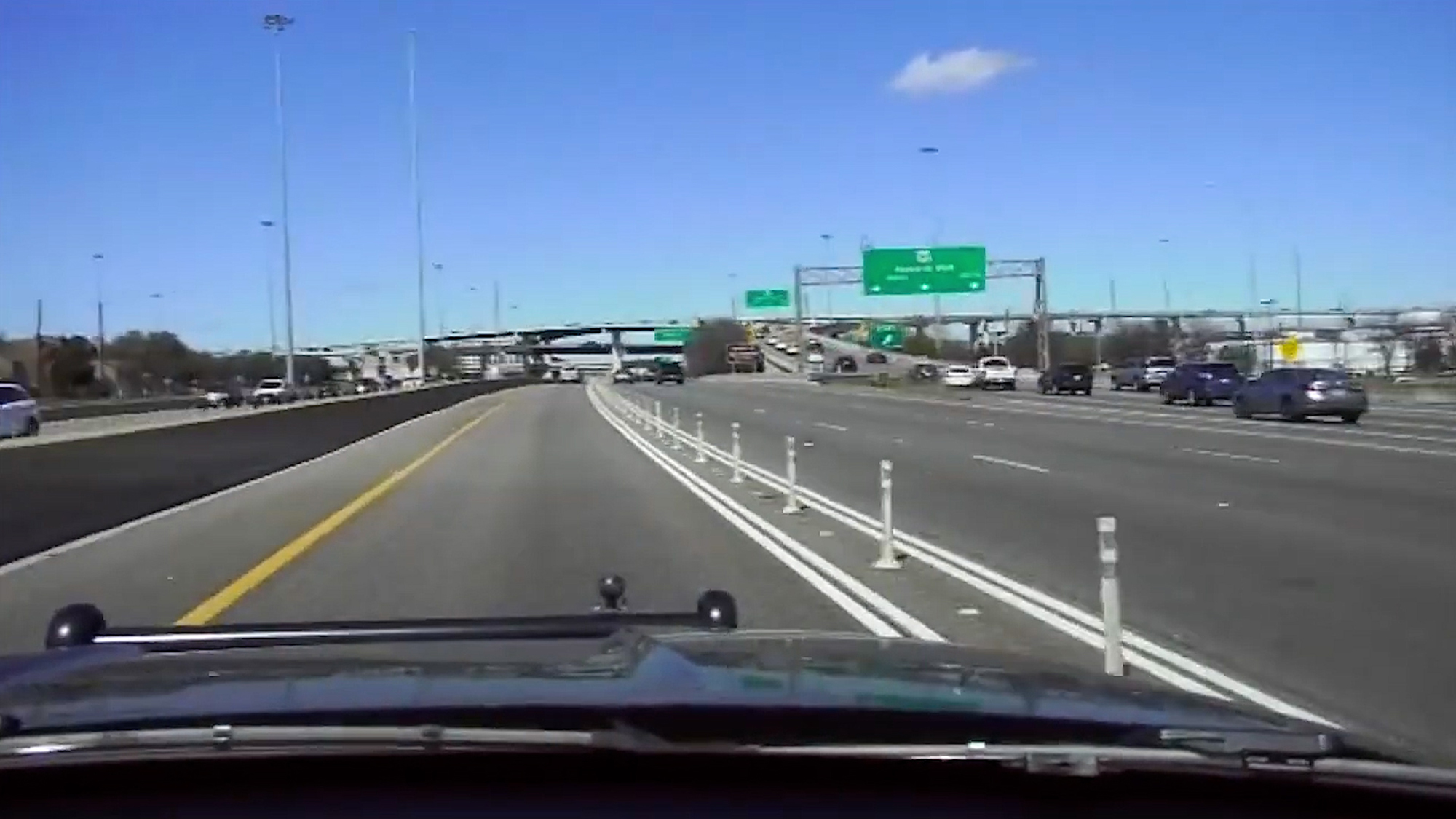 Driver of a white Lexus drove across all lanes and hit the Dodge, on MoPac in north Austin on March 23rd, 2022. (Austin Police Department/Zenger).

Dramatic dashcam footage recorded an apparent road-rage incident in what police in Texas are calling an aggravated assault with a vehicle.

In 17 seconds, the video shows a white Lexus sedan approaching the U.S. 183 entrance ramp in north Austin when the driver reached a hand through the car’s sunroof to flip off the driver of a white Dodge pickup truck.

In a statement, Austin police reported: “The driver of a white Lexus IS 300, manufactured between 2016 and 2020, drove recklessly to cause a confrontation with other drivers.”

The dashcam video showed that on March 23, the white Lexus suddenly veered across multiple lanes of traffic on North MoPac freeway and struck the pickup as it traveled on the entrance ramp near the Austin Football Club stadium.

The Lexus struck the Dodge from the side, hitting the driver’s side front fender, causing the truck to veer violently to the right.

The Lexus driver fled the scene.

The violent collision caused the truck to smash into the entrance ramp’s barriers nearly hurtling it over on the right before it shunted over to the left, nearly falling off the ramp and onto the ground several feet below.

“Due to the crash, the female driver of the pickup sustained severe injuries and was taken to the hospital,” said the police report.

Austin police are seeking the driver of the Lexus in the incident, which happened at the 8800 block of North MoPac (Loop 1) at the U.S. 183 interchange.

Austin police are urging witnesses and anyone with more information about the event, such as the vehicle license plate or the identity of the Lexus driver, to call the Aggravated Assault Unit at 512-974-6664, Crime Stoppers at 512-472-8477.

Also, witnesses can submit tips to the Crime Stoppers app or to Austin police’s app, Austin PD to be considered for an award of up to $1,000 for information leading to an arrest.