Wakili was born at Zoo Zurich in the Swiss city of Zurich and he lives in the Kopje Rocks section of the park’s Lewa Savannah.
By Lee Bullen May 24, 2022
Facebook
Twitter
Linkedin
Email 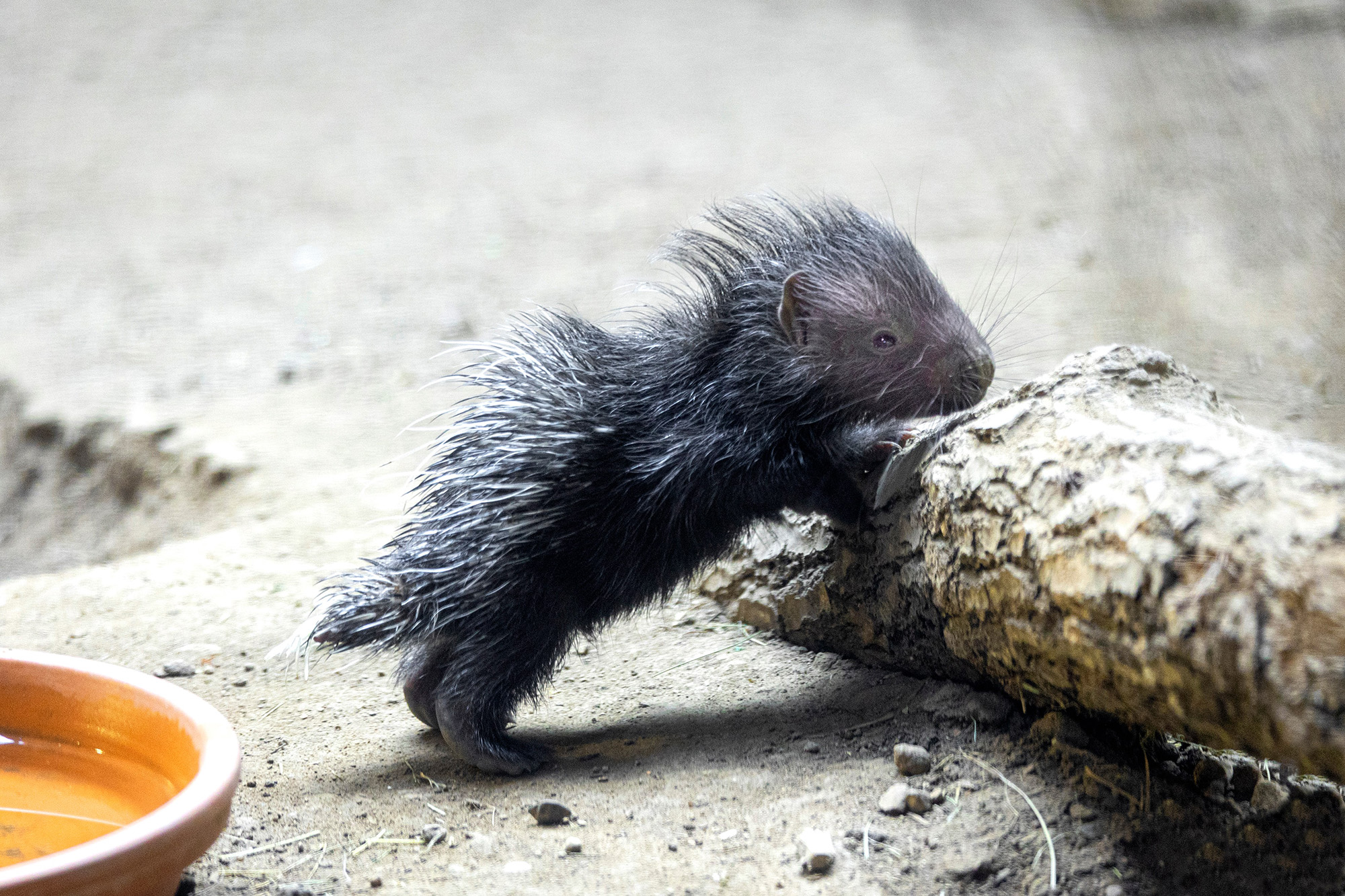 The Old World porcupine offspring that was born in the Zurich Zoo in Switzerland on May 3. (Zoo Zurich, Enzo Franchini/Zenger)

This adorable baby porcupine was born at a Swiss zoo where he has been exploring his surroundings with caring family members.

Wakili, the cute porcupine, was born at Zoo Zurich in the Swiss city of Zurich and he lives in the Kopje Rocks section of the park’s Lewa Savannah.

But experts revealed it is a miracle he is here at all.

Reason being: although a porcupine’s spines are a great defense against predators, they also make mating very tricky.

A zoo statement explained: “As a very efficient defense against attackers, the spines are more of an obstacle to reproduction.

“This is especially the case when the female defends herself against the male.

“If mating is successful, the female gives birth to one to four young after a gestation period of about seven to eight weeks.”

Happily, Wakili and his family look completely at home as they feed and play in their enclosure.

In a statement obtained by Zenger News, Zoo Zurich said on May 18: “On May 3, a porcupine was born in the Kopje Rocks.

“It is a male and it goes by the name of Wakili. When Wakili isn’t hiding in the underground burrow, he’s curiously exploring the facility with the other group members.

“The little porcupine was born in the caves and corridors of the facility, which the adult porcupines build themselves and constantly expand.

“Just like in their African or southern European homeland, the nocturnal porcupines spend a large part of their time ‘underground’. At Zurich Zoo, they also like to leave their burrow during the day and appear on the surface for suitable food.

“Crested porcupines (Hystrix cristata) are often called pigs, but belong to the rodent family. In Africa, porcupines are the largest rodents, in Europe they are only surpassed in size by the European beaver.

“With their short legs, porcupines are not good sprinters. Their spikes are therefore their primary defense against predators. Like nails and hair, they consist mainly of keratin.”

The zoo said: “The large and thick spines are mainly used to ward off predators, smaller and thinner ones they probably also use as tactile aids. When a predator approaches, the porcupine uses muscles under its skin to erect its quills and adopt a threatening stance.

“The spikes can easily break off and lead to painful injuries and infections for the attacker. However, it is a persistent misconception that porcupines shoot their quills like javelins. Despite their good defensive behavior, porcupines are regularly eaten by predators, especially lions and leopards in Africa.”

The statement continued: “The spines of the young animals are still short and soft at birth. They only harden after about a week.”

The zoo added: “Common porcupines are sociable animals and spend their lives in family ties. The groups consist of a pair of parents that reproduce and the young from previous years.

Wakili’s father is Kymani, who is not quite four years old. He came to Zurich Zoo from an animal park in Poland. As usual with porcupines, not only mother Otavi takes care of Wakili, but also father Kymani.

“Currently, Wakili still spends a lot of time in the sheltered underground passages, but can increasingly be seen with the other animals on the surface.”