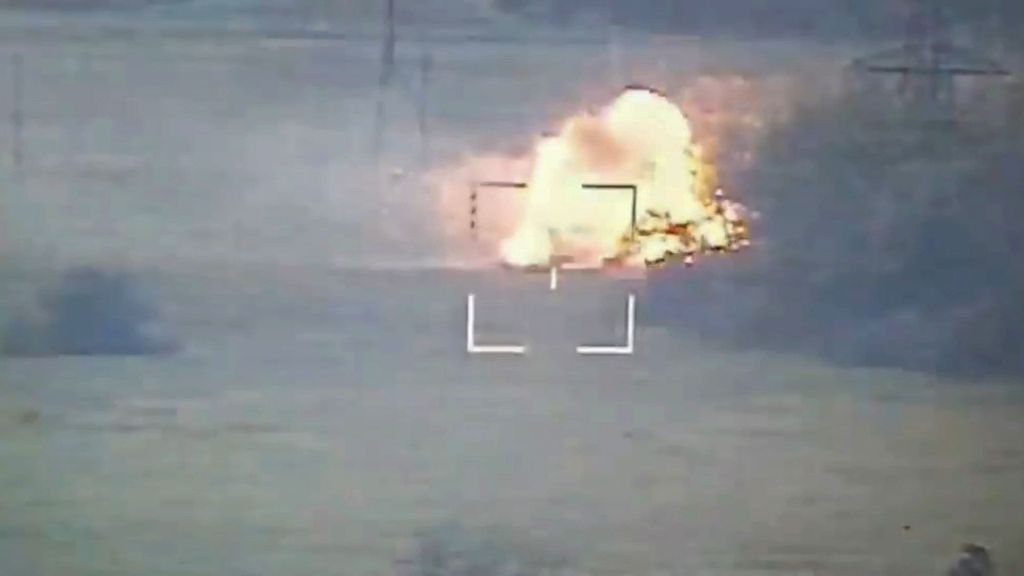 Ukrainian soldiers of the Royal Brigade destroyed the enemy BMP-2 in Luhansk region in May 2022. (@24th.brigade/Zenger).

This is the moment Ukrainian troops use a Stugna-P anti-tank missile system to destroy a Russian infantry fighting vehicle.

The Ukrainian military said they blasted a BMP-2 armored vehicle and detonated its onboard ammo in the process, killing its occupants.

The 24th Mechanized Brigade of the Ukrainian Ground Forces said on May 19: “Detonation of BMP-2 vehicle’s ammunition after successful calculation of the anti-tank missile system.

“STUGNA-P” of the 24th Mechanized Brigade in Luhansk Oblast.
And the tower of the occupiers’ combat vehicle, weighing over two tons, flew into the air.”

The Center for Strategic Communications (StratCom) said: “Another batch of Russian occupiers went to the Kobzon [dead Russian singer] concert. This time, the 24th Mechanized Brigade named after King Daniel delivered the tickets.

From February 24 to May 19, the total combat losses of Russian troops stand at around 28,500 personnel, according to the General Staff of the Armed Forces of Ukraine.

Meanwhile, following the fall of the port city of Mariupol, the Russian authorities plan to tear down the Azovstal metallurgical plant and turn the city into a “resort”, according to the Institute for the Study of War.