Russian troops invaded Ukraine on 24th February in what the Kremlin is still calling a "special military operation".
By Lee Bullen May 23, 2022
Facebook
Twitter
Linkedin
Email 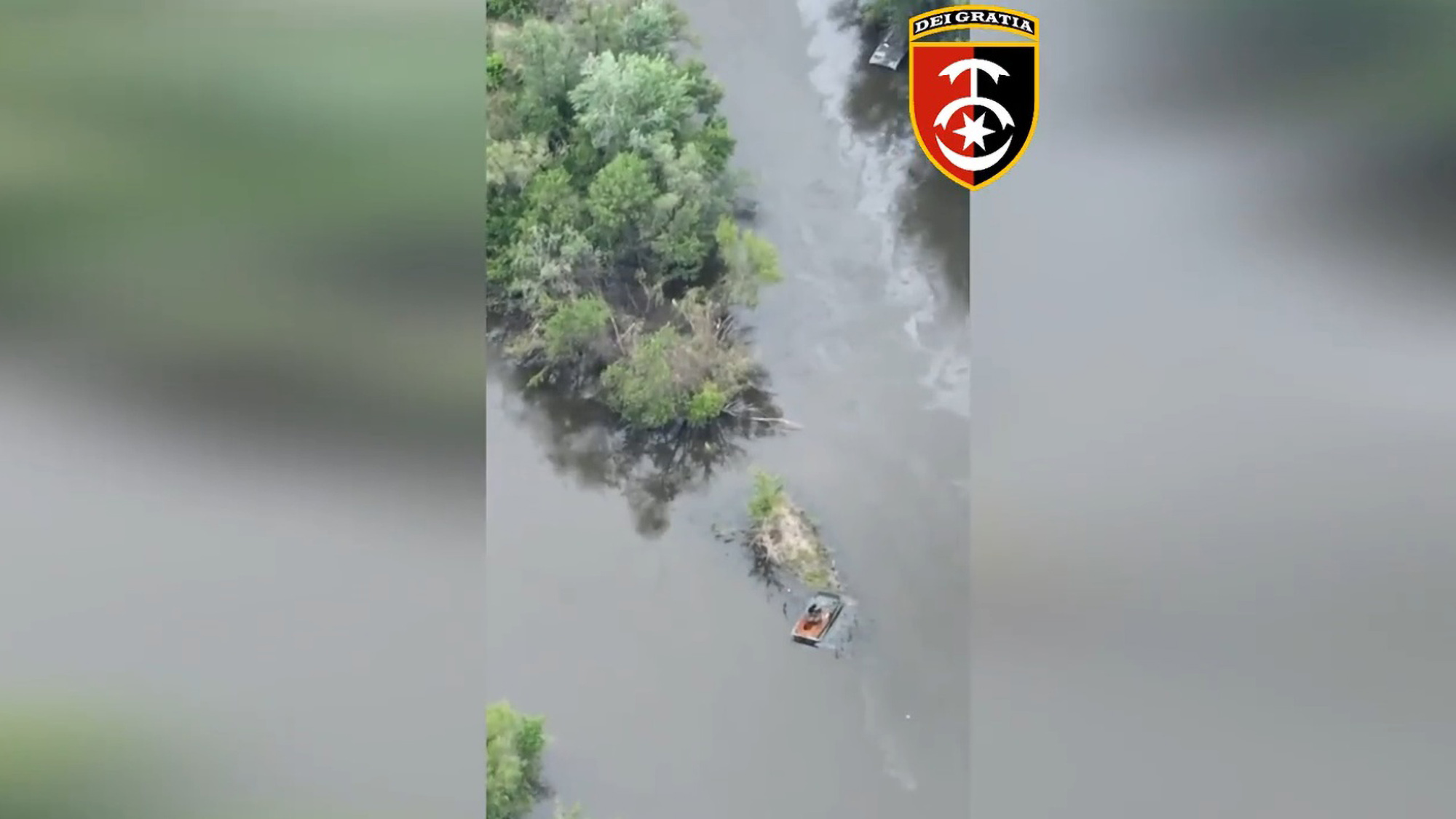 Defeat of Russian troops near the village of Dronivka, Donetsk region, during the crossing of the Seversky Donets in May 2022. (@30brigade/Zenger)

These images show the destruction of Russian armored vehicles after Ukrainian troops stopped them from crossing the Seversky Donets River.

The 30th Mechanized Brigade, named after Prince Konstanty Ostrogski, a formation of the Ukrainian Ground Forces, claimed they destroyed dozens of Russian armored vehicles near the village of Dronivka in the eastern Ukrainian region of Donetsk Oblast.

The brigade said on 19th May: “Defeat of Russian troops near the village of Dronivka, Donetsk region, during the crossing of the Seversky Donets River.”

The Centre for Strategic Communications (StratCom) said: “Russian troops tried to break through the Seversky Donets River near the village of Dronivka and set up three bridgeheads.

“However, the heroism and resilience of infantry, artillery, and tank units of the 30th Mechanized Brigade named after Prince Konstanty Ostrogski and other units of the Armed Forces allowed us to stop the Russian troops and inflict heavy losses on them.

“The result of the defeat: dozens of units of destroyed Russian armored vehicles.”

Russian troops invaded Ukraine on 24th February in what the Kremlin is still calling a “special military operation”. Today marks the 86th day of the campaign.

From 24th February to 20th May, the total combat losses of Russian troops stand at around 28,700 personnel, according to the General Staff of the Armed Forces of Ukraine.