The Russian Ministry of Defense (MoD) said Ka-52 and Mi-28 multi-purpose attack helicopters were used in the mission.
By Lee Bullen May 23, 2022
Facebook
Twitter
Linkedin
Email 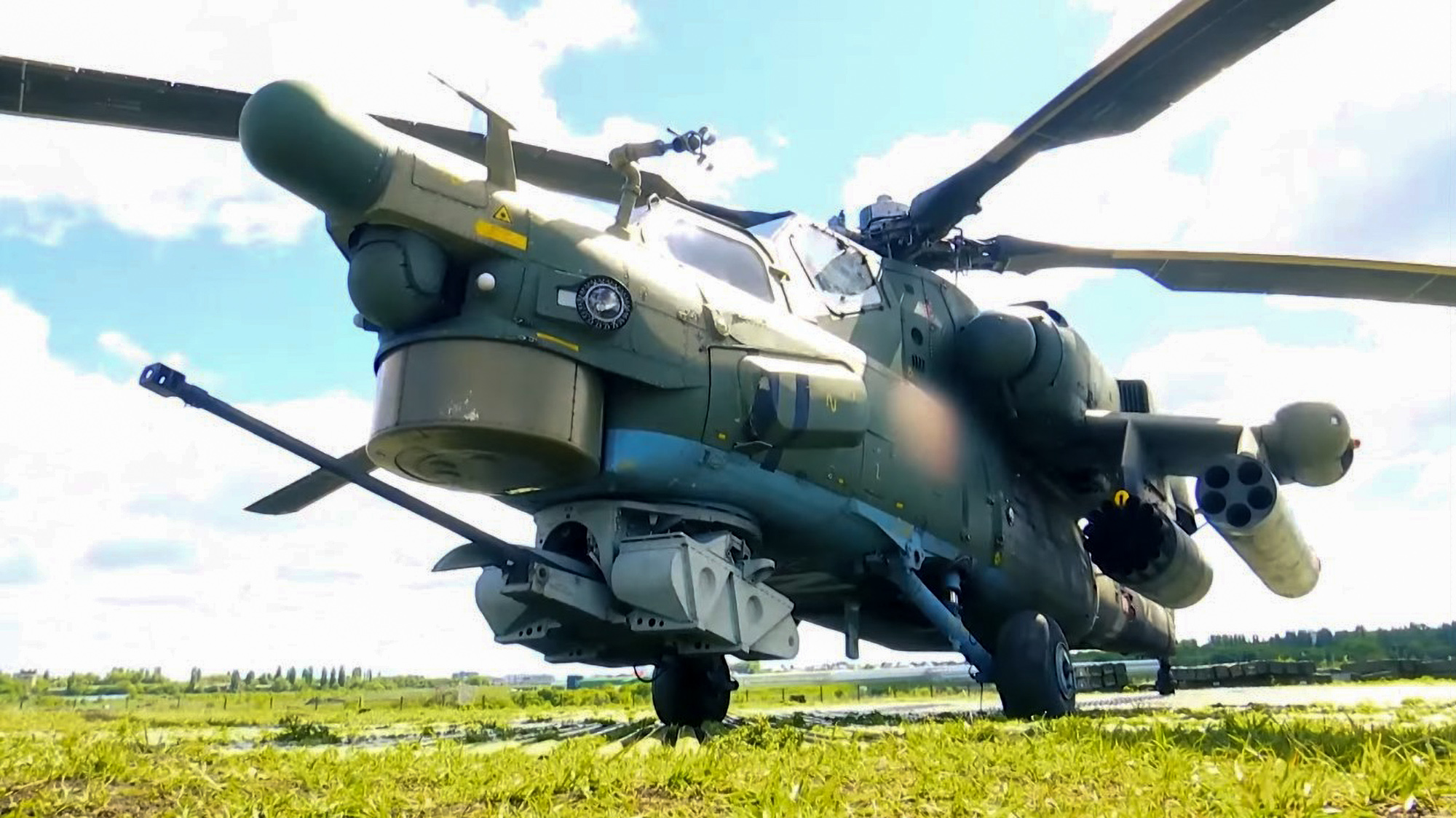 Ka-52 reconnaissance attack and Mi-28 multi-purpose attack helicopters crews during the special military operation in May 2022. (Ministry of Defense of Russia/Zenger).

This is the moment a Russian Ka-52 killer chopper takes to the sky and carries out combat operations against Ukrainian targets.

The Russian Ministry of Defense (MoD) said Ka-52 and Mi-28 multi-purpose attack helicopters were used in the mission.

The Russian military also claimed that they managed to destroy key command posts and a number of armored vehicles.

The MoD said on May 20: “Ka-52 reconnaissance attack and Mi-28 multi-purpose attack helicopters crews during the special military operation.

“Aviation crews continue to carry out tasks to destroy armored vehicles and military infrastructure facilities of the AFU [Armed Forces of Ukraine], escort military convoys, deliver airborne troops and military cargo, and provide air support to units carrying out tasks within the framework of the special operation.

“As a result of the next combat missions, command posts and armored vehicles of the AFU units were destroyed.”

Meanwhile, following the fall of the port city of Mariupol, the Russian authorities plan to tear down the Azovstal metallurgical plant and turn the city into a “resort”, according to the Institute for the Study of War.

From February 24 to May 19, the total combat losses of Russian troops stand at around 28,500 personnel, according to the General Staff of the Armed Forces of Ukraine.