“DShV spies continue to destroy the Russian occupiers along with military equipment.“
By James King May 23, 2022
Facebook
Twitter
Linkedin
Email 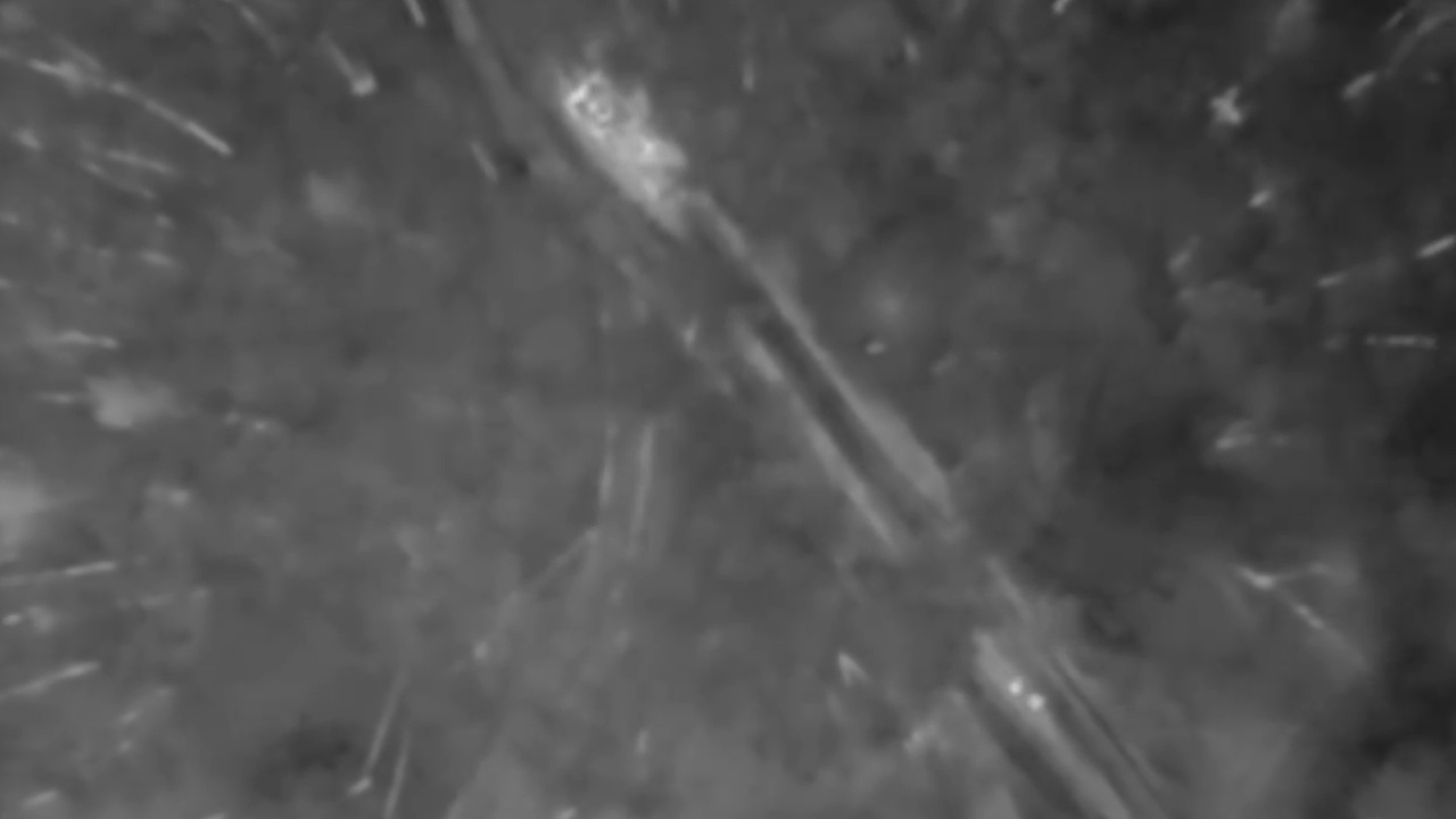 Ukrainian forces continue to destroy the Russian occupiers along with military equipment in May 2022. (@www.dshv.mil.gov.ua/Zenger)

This is the moment plucky Ukrainian reconnaissance soldiers blast an enemy tank from behind and destroy it with a single strike.

The Ukrainian Air Assault Forces (DShV) said their “spies” surprised the tank from behind and destroyed it with a single blast.

The Command of the Assault Troops of the Armed Forces of Ukraine said on May 19: “We always appear where the enemy does not expect them.

“DShV spies continue to destroy the Russian occupiers along with military equipment.

“The video shows several episodes of our reconnaissance soldiers burning armored vehicles of the Russian occupiers after performing a combat mission in the enemy’s rear.

“We continue to fight and destroy the enemies of Ukraine! Together to victory! DShV – Always First! Glory to Ukraine!”

Ukrainian President Volodymyr Zelenskyy called Russia’s invasion an “absolute failure” and said Russian leaders were afraid to acknowledge “that catastrophic mistakes were made at the highest military and state level”.

The Russian military claimed a strategic victory after the fall of the port city of Mariupol.

Russian authorities plan to tear down the Azovstal metallurgical plant and turn Mariupol into a “resort city”, according to the Institute for the Study of War.

The Kremlin also says that over 900 Ukrainian fighters from the Azovstal plant have been taken to a former prison colony in a Russian-controlled part of Donetsk.

Russia’s defense ministry said 771 Ukrainian fighters from the steelworks had surrendered since May 18, taking the total to 1,730, and 80 of the fighters were wounded.