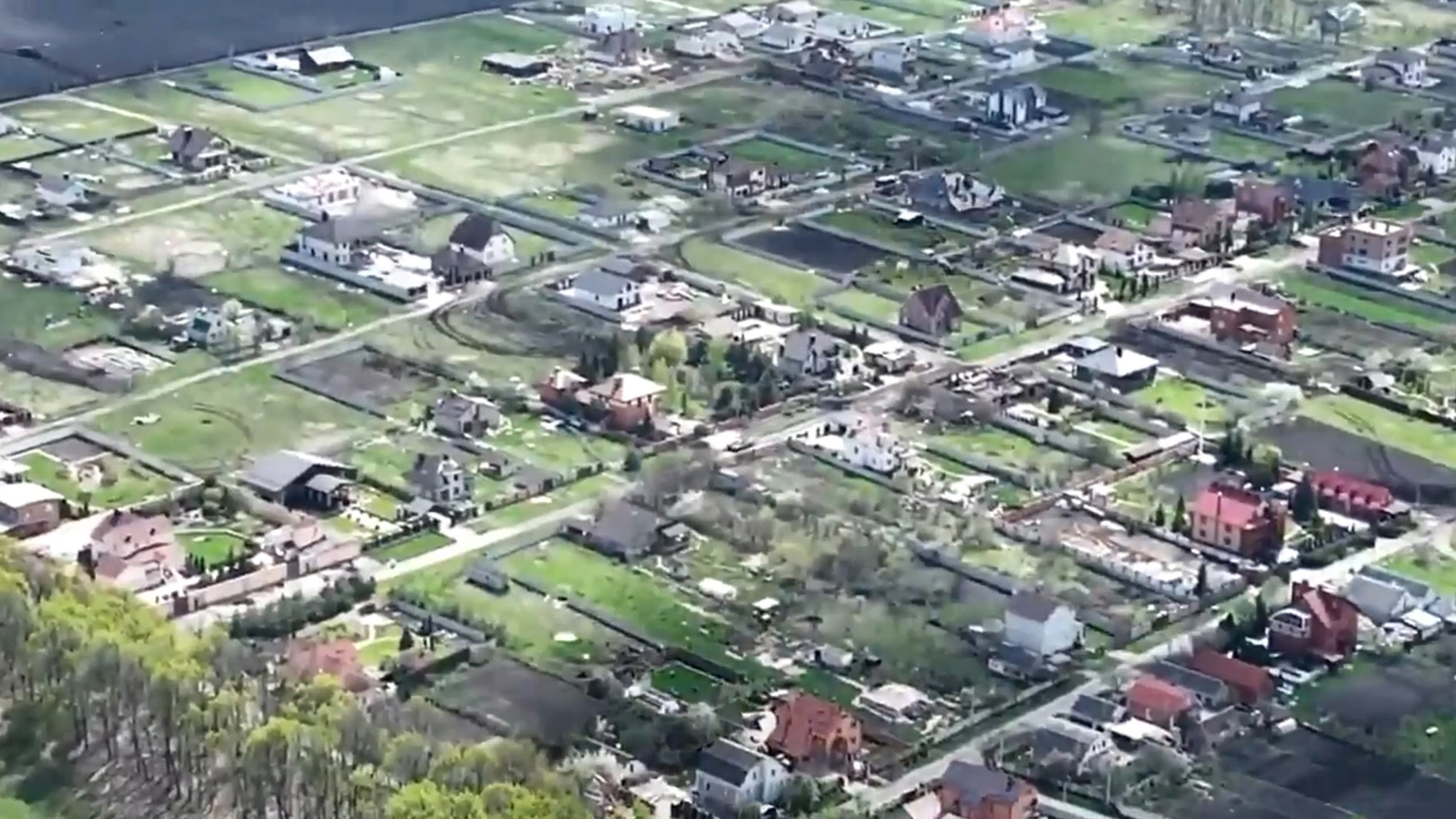 Destruction of the Russian tankers who specifically drove to hide behind buildings in Tsyrkuny, Kharkiv region. (StratCom AFU StratCom/Zenger).

Russian invaders fail at hiding their tanks and armored vehicles that Ukrainian forces continue to destroy with attacks from drones and infantry equipped with weapons provided by NATO.

According to May 22 communiqué from the Ukrainian Center for Strategic Communications (StratCom), a Russian armored column attacked Zirkuni, a village in Kharkiv Oblast in northeastern Ukraine.

The occupying forces, according to StratCom, were trying to retake positions they had lost in the area.

StratCom announced: “Zirkuni, Kharkiv region. Destruction of the Russian occupiers. To be continued… Ukraine will win!”

One tank demolished a garden wall, pushing through in an attempt to conceal itself beneath the trees there.

Following on, another tank tried to hide behind a home nearby as Russian soldiers could be seen on patrol.

The sun was bright and the grass was green in the village on a sunny day as the drone’s view from above captured the action as the tanks met their match.

Russian soldiers are seen relaxing on the turrets of their tanks, apparently unaware of their doom.

While it was not clear from the video, missiles released by drones presumably rained down on the Russian armored vehicles.

One by one, the tanks were hit while plumes of smoke and fireballs arose from them as death came from above.

Black smoke rose from one tank in the midst of trees while flashes of exploding ammunition can be seen.

According to a representative of the Kharkiv Defense Headquarters, Russian army units left Lipsev on May 20 in an attempt to recapture Zirkuny but were repulsed about one mile from the village.

Russian troops invaded Ukraine on February 24 in what the Kremlin insists is merely a “special military operation.”

Total combat losses for Russia are now estimated to stand at about 29,200 personnel, according to the General Staff of the Armed Forces of Ukraine.

Ukrainian President Volodymyr Zelenskyy told Ukrainian media over the weekend that the UN and the International Committee of the Red Cross have called on Russian President Vladimir Putin to claim the Russian “mountain of corpses.”

Zelenskyy said Russia abandoned its military, while adding: “They were dying, but they didn’t care. Recently I was told that they are only now thinking about taking the corpses.”

“When the war started they used to pretend that there were no corpses,” he said.

While qualifying the invasion as an “absolute failure,” Zelenskyy claimed that Russia has failed to admit that “catastrophic mistakes were made at the highest military and state level.”

Ukraine plans to take back control of the southern cities of Kherson, Melitopol, Berdiansk, Enerhodar and Mariupol, currently held by Russia.