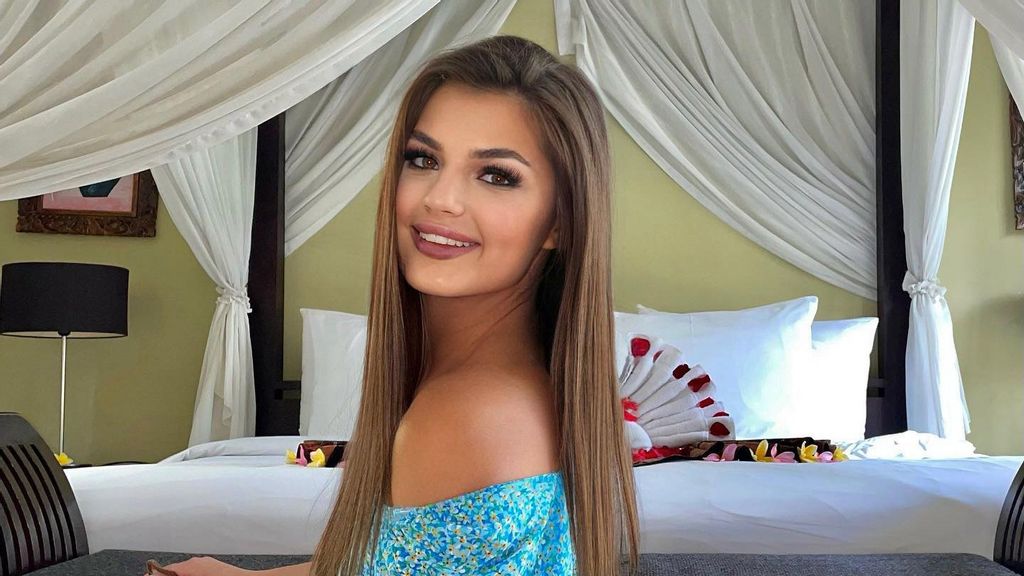 Valeria Vasilieva, a pageant contestant from Estonia, accused the Bali police of being corrupt. (@lerusi_k/Zenger)

A beauty queen who branded police in Bali “corrupt” has been forced to apologize after she was threatened with jail and deportation.

Estonian model Valeria Vasilieva posted a TikTok video warning other travelers that Balinese officers will take “all the money you have”.

In the footage, the beautiful model says: “If you want to travel to Bali, be ready, because police will stop you everywhere, take your documents, until you give all money you have.

“Until you will pay all of the money you have to this f*cking corruption police. Good luck.”

Despite later deleting the video, Balinese businesswoman and fashion designer Niluh Djelantik, 46, saw the model’s post and shared it on her Instagram account, tagging both the Badung Police and the Denpasar Police.

Djelantik said: “With that many pageant crowns you have, but still no manners.

“If you’re obeying the rules [such as wearing a helmet], the authorities would not enforce the law&mldr; leading a certain public opinion by saying f*ck*1ng [corrupt police], if you don’t have evidence you will deal with the public deception and defamation law. The punishment is jail and deportation.”

The Estonian blonde posted an apology video that was again shared by the Balinese businesswomen.

Vasilieva told Zenger News: “I was driving a bike with my friend, in front of a traffic light where we were waiting with all the cars and bikes police officer came from behind and took the key from bike.

“Then we went to the office (it is near this traffic light) and we didn’t understand anything, they showed us the amount to pay and we paid. Everything was okay but I was emotional with this situation, they didn’t explain anything and right after I made that video.

“I understood that I did a mistake and deleted it in one hour. But people already saved it and posted everywhere. I did apologize and explanation videos, letters, and really regret of the first video I did.”

After the apology, Djelantik told the model that she was forgiven but still needs to answer for her initial video when she insulted the police.

Meanwhile, outraged Balinese netizens posted threatening messages such as “be careful. We are Balinese. We will come to you and if we see you on the road, just watch out” and “you have been forgiven but don’t come back to Indonesia”.

Vasilieva is scheduled to represent Estonia at the 10th edition of Miss Global 2022 at the Bali Nusa Dua Convention Center on June 11, however, she told Zenger News that it is unclear whether she will be able to take part.

The Estonian stunner is the latest foreign influencer to land themselves in hot water in Bali this year after a Canadian man was filmed dancing naked on top of Mount Batur and a Russian yoga influencer was snapped posing nude at the base of a sacred tree. Both were deported from the Indonesian island for their actions.