Officers posted adorable images of the golden retriever after finding her alone in an apartment block on the night of May 16.
By Lee Bullen May 23, 2022
Facebook
Twitter
Linkedin
Email 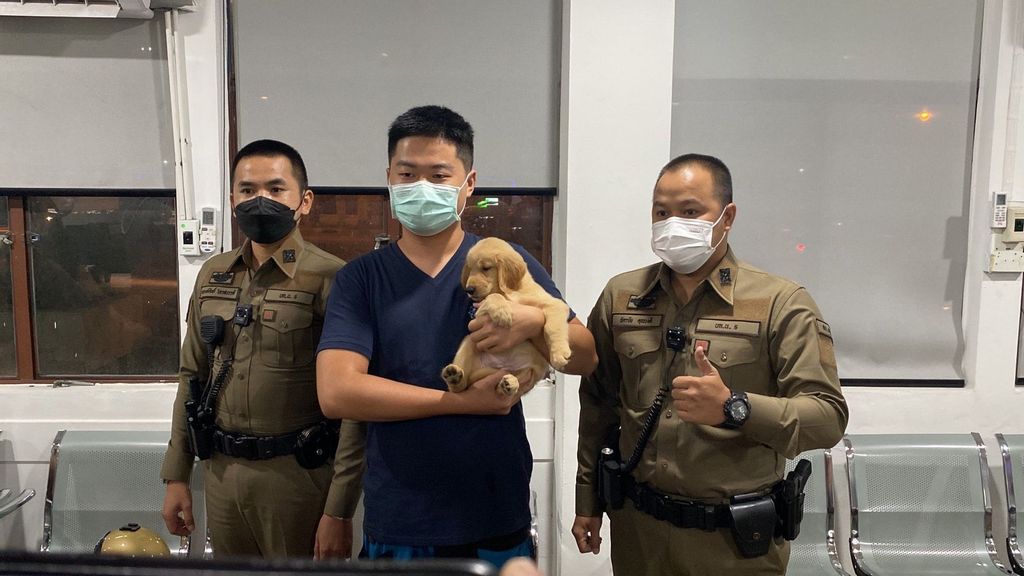 The small golden retriever found by the Police in Bangkok on 16th of May 2022, that was taken in Lumphini police station. (Lumphini Police Station/Zenger).

Police have released a heartwarming fake mugshot of a cute female puppy after charging her for getting lost in Thailand.

Officers – in Lumphini in the Thai capital Bangkok – posted adorable images of the golden retriever after finding her alone in an apartment block on the night of May 16.

To help track down the puppy’s owner, the police posted several snaps of the cute criminal posing with a playful mugshot board stating: “Name: Golden Retriever. Charge: Getting lost.”

The board also included details on the time she was found and the name of the apartment building in hope of finding the pooch’s owner.

On May 16, Sergeant Chatchai Kunwong of the Lumphini Police said they were still trying to locate the dog’s owners after finding her in a condominium on Wireless Road at around 8pm.

In the images, the cute suspect appeared to enjoy her time in the Thai police station.

According to reports, caring cops provided the furry fugitive with food and blankets until someone came to bail her out.

After being held overnight at the cop shop, the dog was released the following day when her owner came forwards to claim her.

The owner, name not reported, called the police to confess all and promptly made their way to the station to collect the puppy.

It is unclear if the police have dropped charges against the four-legged suspect.