Taylor Bowens-Loven posted the video on TikTok where it went viral with 1.8 million views.
By Arian Movileanu May 23, 2022
Facebook
Twitter
Linkedin
Email 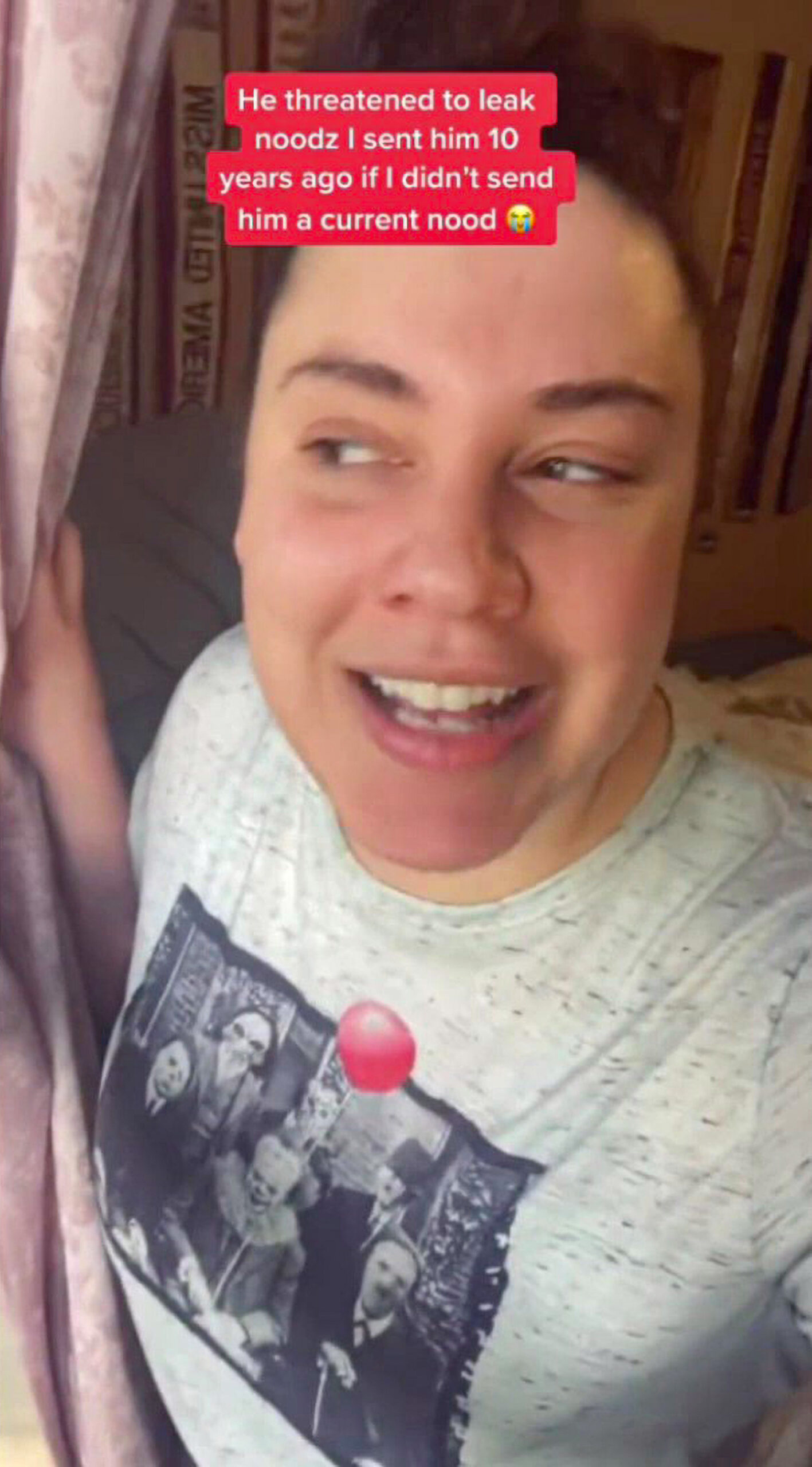 A woman from Charlotte North Carolina, United States, claims a guy attempted to sextort her. (@taylorbowensloven/Zenger)

This is the viral moment a woman tells how an old flame tried to extort her with 10-year-old nude photos before she deftly turned the tables on him.

Taylor Bowens-Loven, 31 – a social media content creator and fantasy novelist – posted the video on TikTok where it went viral with 1.8 million views.

In a follow-up video, she explained how she turned the tables on her ex by taking a screenshot of the man’s decade-old “d*ck pic with the current date that I then sent to his fiancée and sent to him”.

Taylor, who comes from the city of Charlotte in the US state of North Carolina, added: “Then he blocked me!”

She also organized for two retired cops to pay the man a visit to ‘convince’ him to delete the images off his laptop.

When asked if she went to the police over the matter, Taylor told Zenger News: “I have two degrees in the criminal justice field and reached out to my mentor who was a former LT. police officer in Florida.

“Being that I lived in NC and the guy who threatened me with sextortion lived in Florida, the process of trying to sue or press charges was going to be a long lengthy one.

“I also at the time did not have the money to travel to Florida or hire a lawyer to sue him.

“I worried that he would save the pictures of me and other women somewhere else if he knew that I contacted police.

“This also made my depression and anxiety spiral and I wanted it over with as quickly as possible.

“The first plan my mentor and I had was to contact the fiancée directly. I had previously sent her all the messages and threats he sent me. She opened them and did not respond.

“I reached out to her again and asked if she could help me and the other women and go on his laptop and make sure there were no photos or files of any of us. If there was, I asked if she would delete them. She again opened the message but did not respond.”

She added: “As a result, we ended up going with our plan B.”

Taylor told Zenger News: “My mentor contacted a couple of friends who were other retired officers in Florida, and two of them went to the man’s house and asked if they could have a word with him.

“They explained what charges he could face if I or other women pursued pressing charges or suing him. Then they politely asked if he would get his laptop and let them delete and remove the pictures completely.

“He luckily complied and was very apologetic to them. He never apologized to me or the other women.

“They made sure the files were deleted and they then erased two other women’s nude photos that were saved in a file on his computer.

“They also got the contact information to those women and contacted them after leaving his house and informed them of what happened, and provided them with information on what to do if they wanted to press charges against him.

“Neither of the women went forward with suing or pressing charges, they were just thankful that the pictures were deleted. They were both women who hadn’t dated this man in years.”

Taylor told Zenger News: “I was 19 years old when I sent him the nude photos and video. I was young and naive and I only dated him long-distance for a few months.

“He was one of those men that would say ‘if you really cared about me and miss me then you would send these photos and a video’.

“Finding out he still had those over 10 years later and was threatening to post them if I didn’t send him more. I felt violated and powerless in those moments. What I didn’t mention on my TikTok is that I was a national pageant queen at the time he threatened me.

“He knew that these photos would ruin my reputation as a Beauty Queen and I would have my title stripped from me and never be able to compete again.

“The only thing that kept me strong was the mindset that I needed to help protect these other women who he had pictures of.

“I hope that me sticking up for myself and other women taught him a lesson. At the end of the day I will always have anxiety over the fact that he very well could have my photos saved somewhere else.”

Taylor added: “As a grown woman who has a small following on TikTok. I share funny storytimes and love to make people laugh, but I also hope that I can raise awareness so our younger generations don’t have to go through what I did.”