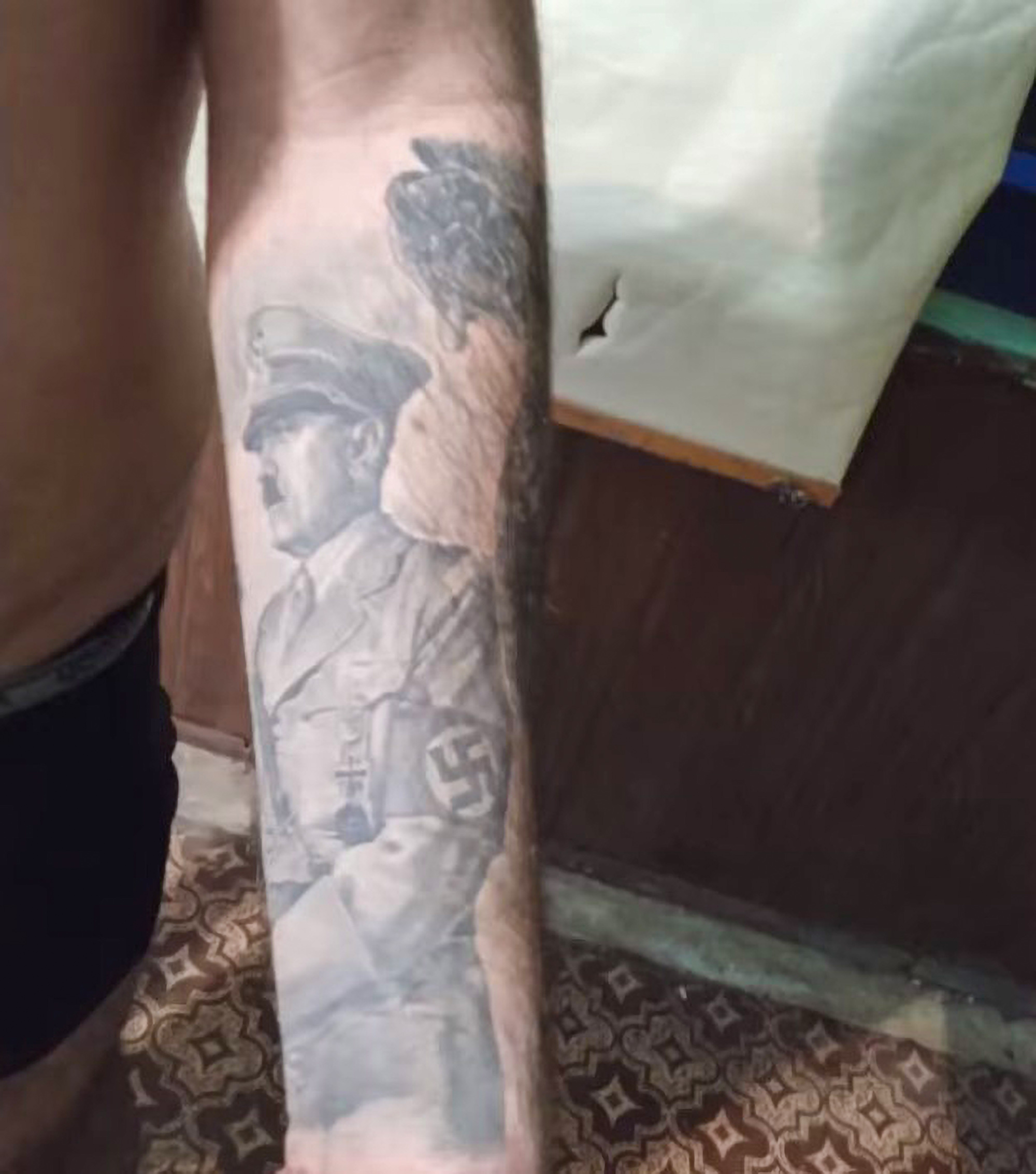 Surrender of the last group of militants blocked at the Azovstal plant in May 2022. (Ministry of Defense of Russia/Zenger).

Russia has released shocking video footage of the last Ukrainian holdouts’ Nazi tattoos after they surrendered from the Azovstal steel plant in Mariupol.

Others appear to have Satanic symbols on their bodies like horned goats and the number 333, a reference to a text revered by devil-worshipping neo-Nazis who want to evolve into vampire warriors.

The last remaining fighters holed up in the Azovstal metallurgical plant in the strategic port city of Mariupol in Donetsk Oblast surrendered on Friday, May 20.

Russian Defense Minister Sergei Shoigu announced the complete surrender of the iron and steel works with the delivery of the last 531 combatants.

Among the last to surrender were commanders from the notorious Azov Regiment, whom Moscow considers neo-Nazis and war criminals.

At the start of the video, footage filmed from above shows Russian soldiers with the surrendered Azov fighters.

Next, the commander of Ukraine’s 36th Marine Brigade Serhiy Volynsky appears introducing himself before he is searched by Russian soldiers.

Prior to the surrender, the Azovstal plant was the only pocket of resistance left in Mariupol after Russia occupied the rest of the city and its surrounding area.

At one point, some 3,000 militants were holed up in the steelworks.

Russian President Vladimir Putin gave the order not to storm the industrial area but to block it off “so that a fly cannot pass through”.

Azov commander Denys Prokopenko was evacuated from the plant in an armored car.

He expressed his confidence that the surrendered fighters would be exchanged for Russian prisoners of war.

But Russian politicians have instead insisted they be tried in Russia for their ‘crimes’.

And the Office of the Prosecutor General of the Russian Federation recently asked the Supreme Court to recognise the Azov Regiment as a “terrorist organisation”.

Some of the surrendered fighters were taken to Russia and others to territory controlled by pro-Russia militias in Donetsk Oblast.

Putin had previously said that the aim of his “special military operation” was to “demilitarise and denazify” Ukraine.

But after Russian forces failed to take the capital Kyiv, the Kremlin then said the goal of the operation was to “protect Donbass”.