Bizarre traffic stop took place in the city of Gutersloh in the German state of North Rhine-Westphalia on the morning of May 18.
By Lee Bullen May 23, 2022
Facebook
Twitter
Linkedin
Email 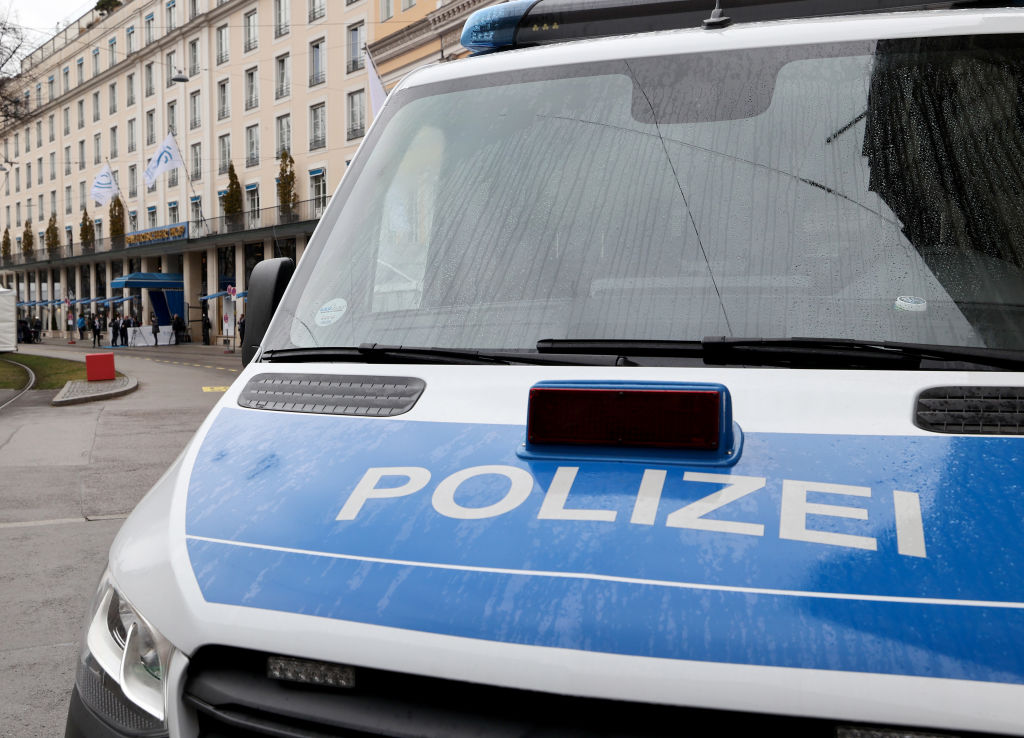 A German police a+car is pictured in front of the Hotel Bayerischer Ho before the start of the 2022 Munich Security Conference on February 18, 2022 in Munich, Germany. (Photo by Alexandra Beier/Getty Images)

Astonished cops found a motorist using a wooden stool instead of a driving seat when they pulled him over for a routine check.

As officers approached the car, they were baffled to find the driver balancing on a tiny stool balanced on two pieces of chipboard.

To add insult to injury, the 33-year-old motorist did not even have a driving license.

The bizarre traffic stop took place in the city of Gutersloh in the German state of North Rhine-Westphalia on the morning of May 18.

According to local media, traffic cops pulled over the car while carrying out road checks in the German town.

The police said the stool was insecurely placed on two pieces of chipboard and there was no seatbelt or makeshift alternative.

A police spokesperson said the man was unable to give a plausible answer why his seat was missing and he was using a wooden stool instead.

As well as the stool and lack of seatbelt, the police also discovered that the man was driving without a license.

The driver, who comes from the town of Harsewinkel, has been temporarily banned from driving on the roads as court proceedings get underway.

Germany is often regarded as having loose driving laws because of the unlimited speeds on many of the country’s motorways, known as Autobahns, but the specifications that allow the vehicles to drive on the roads are tightly controlled.

Only recently, a multi-millionaire tycoon sparked fury when he drove his Bugatti supercar at 259 mph on a German motorway and was let off any charges.

Prosecutors had been investigating Czech investment chief Radim Passer, 58, over the stunt in his $3.1-million motor filmed on the A2 autobahn between Berlin and Hanover.

But the public prosecutor’s office in Stendal then closed the investigation, citing insufficient evidence to bring charges.

Investigators had looked into whether a prohibited solo race had taken place in the investment expert’s Bugatti Chiron.

By law, this would mean the driver “moves at an inappropriate speed and grossly contrary to traffic and recklessly in order to reach the highest possible speed”.

Passer’s speed was less than 2 mph below the sports car’s limited top speed, set at 261 mph because the vehicle’s tires could burst if it went any faster.

Furthermore, the Bugatti Chiron is designed for driving at such high speeds. As such, the public prosecutor ruled, no one was endangered during the 4.50 a.m. stunt.

Much of the motorway network in Germany has no speed limit at all, and the ‘recommended’ limit of 130 kph (81 mph) is often ignored.

This has given rise to what has been dubbed ‘speed tourism’, which Passer was accused of.

Last year the German Greens called for the 130-kph (81 mph) recommendation to become law as part of efforts to cut carbon dioxide emissions.

However, the proposal was ditched during talks to form the governing coalition with the SPD and the FDP.