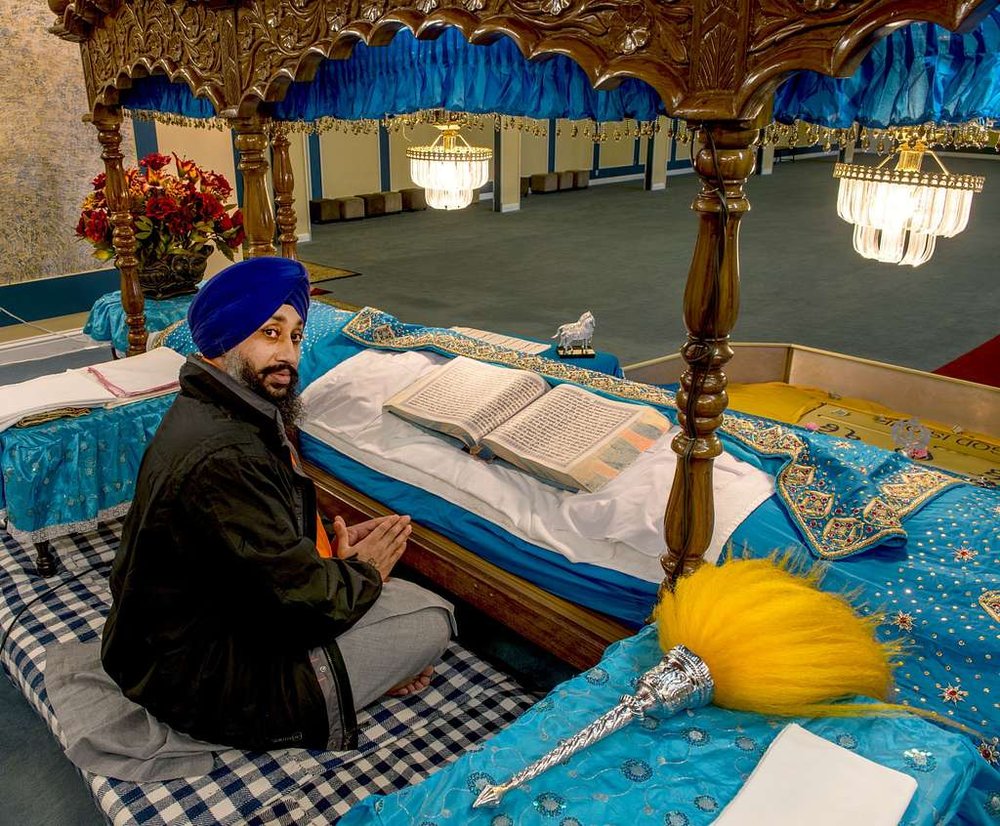 Hate attacks against Sikhs in the U.S. are on the rise.

Within one week in April, three Sikh men between 45 and 72 were assaulted and severely injured in Queens, New York.

The Sikh community was also marking the first anniversary of the mass shooting at an Indianapolis FedEx warehouse last year, where four of the eight employees fatally shot belonged to the Sikh community.

There are currently 500,000 Sikh Americans residing in the United States, forming 0.15 percent of the total U.S. population, according to Harvard University’s Pluralism Project.

Other estimates, such as the World Religion Database at Boston University, calculate there are about 280,000 Sikhs in the U.S., based on the number of Punjabi immigrants from India and Pakistan and an assumption about the proportion of them who are Sikh.

Sikh Americans are a targeted group in the country. Anti-Sikh hate crimes hit a record high of 89 documented incidents in 2020, according to the FBI, reflecting an 82 percent increase over 2019, despite an overall decrease in the number of anti-religious hate crimes.

Awareness and resiliency as tools

Marking the one-year anniversary of the Indianapolis shooting, the Sikh American Legal Defense and Education Fund — one of the oldest national Sikh American civil-rights organizations that raises awareness about the community and advocates for inclusive policies — held a webinar to discuss ways the community is coping and building solidarity in these testing times.

“The community is in the process of healing,” said Kiran Kaur, SALDEF’s executive director. “The emotions are raw. There’s a sense in our community that we want to ensure that our voices are heard. There’s an understanding that the community has been through difficulties, and unfortunately, other tragic incidents have happened, especially post-9/11.”

“Every tragedy that happens, the repercussions are great,” said Inni Kaur, creative director of the Sikh Research Institute. “The fear is constantly there.”

Japneet Singh, a community organizer in Queens who also ran for city council last year, said the community expressed fear after the three Sikh men were brutally assaulted in Queens.

Singh emphasized the hate crimes against the community have risen during the pandemic. Within a week, “these perpetrators found it so comfortable to come to the same location around the same time frame,” Singh said.

“They took off their dastars (turbans), pulled their beards — so those are telltale signs (that) it had to do with how we look,” he said. “For this to happen just two blocks away from the gurdwara (place of worship) has raised fears in many, and as the youth of this community, it alerts us that we need to do a better job at protecting our elders and protecting ourselves.”

Each of these carries a symbolic significance. For instance, the kirpan symbolizes one’s commitment to protecting the defenseless and defending their faith.

The community is on guard. “We’ve been guiding the elders to be careful, and if you don’t need to, don’t walk by yourself, especially at odd hours. If you have a younger relative at home, walk with them or walk in front of your property,” Singh said.

Community support as a coping mechanism has played a vital role.

In the Indianapolis FedEx shooting last year, four of the eight people killed were Sikhs. The authorities ruled out bias as a possible motive, according to NPR, which left the community in distress.

“The fact that the entire community came together — there is comfort in that you’re not alone,” Inni Kaur said. “In events like these, there’s not much you can say. But your presence counts as this community thrives and prospers and mourns and celebrates together.

But one of the major causes of the community being targeted is a severe lack of awareness.

Kiran Kaur said that SALDEF conducted a study called “Turban Myths” with Stanford University in the aftermath of the Oakcreek, Wisconsin, gurudwara mass shooting in August 2012, in which six people were fatally shot. The study found that “a vast majority of Americans do not know who Sikhs are.”

“It’s pretty shocking, and there’s so much work to be done as a community,” Kaur said. “The starting point is to get people to know who you are. Do they understand our unfortunate history of being targeted because of our religion and religious articles of faith? There’s so much to unpack, and that’s where at times, the work can seem daunting, but it is extremely necessary.”

In the aftermath of the Indianapolis FedEx shooting, Kaur said SALDEF held informational training as part of their liaison efforts between government agencies — local law-enforcement agency, the FBI — and community members to raise awareness and help the community feel safer.

“The first thing that we did (was) to hear community members’ stories and understand what they were experiencing and what they saw,” she said.

“We focused on Sikh awareness, how to interact with the Sikh American community and build relationships, and our experiences over the years, specifically post 9/11. &mldr; Part of this is for the law-enforcement officers to understand the Sikh American experience because a lot of what we know intuitively — the hate the community has experienced — may not be so apparent to those in the law enforcement or the FBI if they are not familiar with our experiences.”

Kiran Kaur said there is likely a significant under-count in the number of anti-Sikh hate crimes.

“Unfortunately, we have seen a rise in hate crimes through the pandemic and under-reporting,” she said. “People are often not necessarily comfortable coming forward.”

In 2020, SALDEF conducted a national survey. The key findings were that most Sikh Americans had experienced hate and discrimination, with 60% of children experiencing bullying at schools.

“We know the number of reported cases is nowhere near that,” Kaur said. “Often, hate crimes are reported through the police departments around the country, but that reporting isn’t mandatory. So, when you have the reporting that isn’t mandatory, a lot of times it doesn’t get reported simply because people are not filling up the paperwork.”

Even though the Biden administration passed the Jabara-Heyer NO HATE Act last year as part of the COVID-19 Hate Crimes Act, it isn’t enough, Kaur said.

“It is a good step in correcting an issue, but it’s not a perfect solution. It sets up systems that make it easier to report, and in some cases, it emphasizes those requirements. It goes further than any other act in addressing the issue of the potential under-count.

The community is mobilizing and creating spaces to address these issues.

“These incidents are traumatic,” Kaur said, but the next generation is mobilizing and getting involved. “We’ve seen organizers come together, in Queens and even around the country.”

“When our elders came to this country, it was about surviving, being accepted, and working hard so their kids can get to good schools,” Singh said. “But now, it’s about holding people accountable in our generation.

“If you’re coming to our community and are asking for our votes, our donations, what are you going to do for us?”

The community members are trying to build better representation and are looking for a seat at the table.

“We need to demand better from our city and state governments,” Singh said.

“For the first time, we have five Sikh men running for positions,” he said. “If we don’t take care of the community, no one will.”

About the author: Manmeet Sahni is an independent journalist from New Delhi based in New York. She writes about politics, human rights, inequality and social movements. Her bylines have appeared in Documented, The Article and various publications.