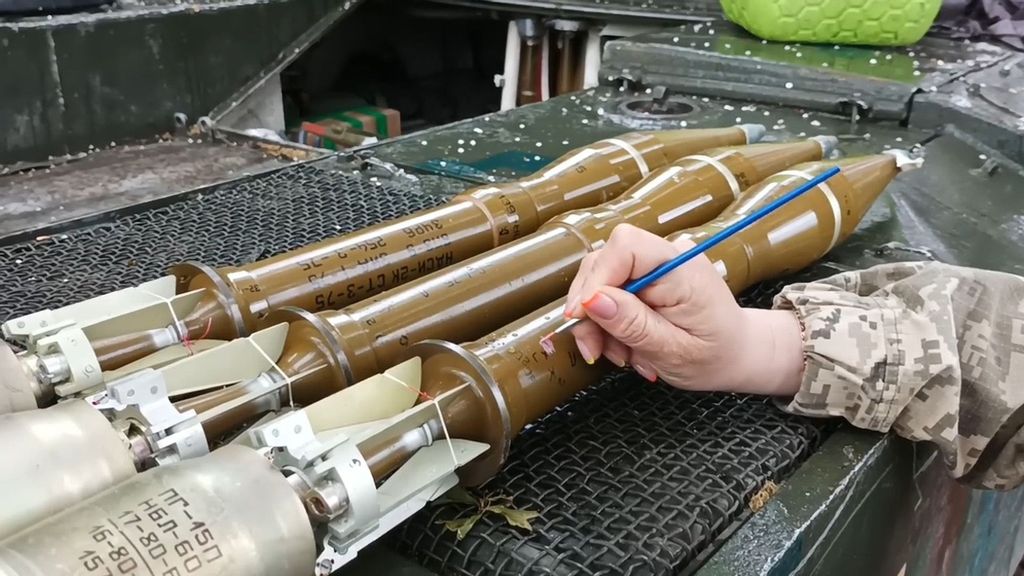 Armed Forces of Ukraine sent a special greeting to the occupiers on the Day of Embroidery in May 2022. (@www.dshv.mil.gov.ua/Zenger)

This is the moment thoughtful Ukrainian soldiers paint flowers and warm messages on their missiles for World Embroidery Day before launching a volley of them at their Russian foes.

World Embroidery Day, known locally as Vyshyvanka, takes place in Ukraine on May 21. The holiday promotes the tradition of creating and wearing embroidered Ukrainian clothes known as vyshyvanka.

Meanwhile, the 81st Airmobile Brigade of the Ukrainian Air Assault Forces explained: “World Embroidery Day is an international holiday, which is designed to preserve the ancient folk traditions of creating and wearing ethnic embroidered Ukrainian clothes.

“On the occasion of the holiday, our artillerymen prepared unusual gifts for the Russian occupiers, dressed in red and black embroidered shirts.”

The brigade added: “Together to victory.”

Meanwhile, the Russian military has claimed a strategic victory following the fall of the port city of Mariupol.

Russian authorities plan to tear down the Azovstal metallurgical plant and turn Mariupol into a “resort city”, according to the Institute for the Study of War.

The Kremlin also says that over 900 Ukrainian fighters from the Azovstal plant have been taken to a former prison colony in a Russian-controlled part of Donetsk.

Russia’s defense ministry said 771 Ukrainian fighters from the steelworks had surrendered since May 18, taking the total to 1,730, and 80 of the fighters were wounded.