The MoD said the mortar attack was carried out following reconnaissance work by an intelligence team using drones.
By Lee Bullen May 20, 2022
Facebook
Twitter
Linkedin
Email 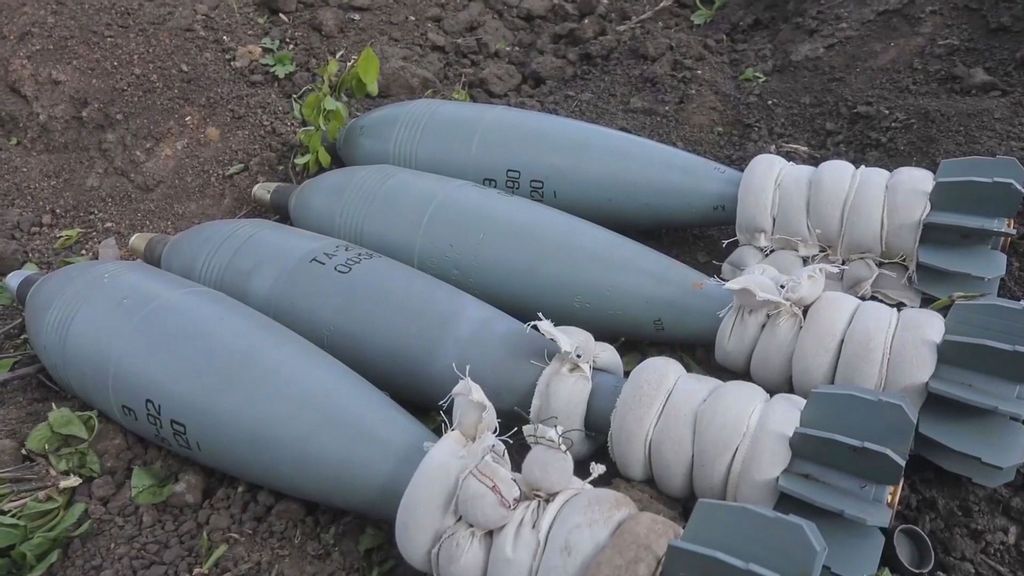 Combat work of mortar crews in the NVO zone. (Ministry of Defense of Russia/Zenger)

This is the moment Russian troops fire mortar rounds at Ukrainian targets.

The Russian Ministry of Defence (MoD) said on May 16: “Demilitarization. The combat work of mortar crews of the Armed Forces of the Russian Federation.”

The MoD said the mortar attack was carried out following reconnaissance work by an intelligence team using drones.

The 120-mm caliber ammunition can be fired at enemy targets over 7,000 meters away.

According to the Russian MoD, the unit destroyed Ukrainian tanks, armored vehicles, and enemy mortar positions.

Russian troops invaded Ukraine on 24th February in what the Kremlin is still calling a “special military operation”. Today marks the 85th day of the campaign.

Russian authorities said they plan to tear down Azovstal itself and turn Mariupol into a “resort city”, according to the Institute for the Study of War.

The Kremlin also says that more than 900 Ukrainian fighters from the Azovstal metallurgical plant have been taken to a former prison colony in a Russian-controlled part of Donetsk.

Russia’s defense ministry said 771 Ukrainian fighters from the steelworks had surrendered in the last 24 hours, taking the total to 1,730, and 80 of the fighters were wounded.

But Ukrainian President Volodymyr Zelenskyy has called Russia’s invasion of Ukraine an “absolute failure” and said Russian leaders were afraid to acknowledge “that catastrophic mistakes were made at the highest military and state level”. Ukraine’s human rights ombudsman at the same time said at least 231 children have died and 427 were injured since February 24.

Elsewhere, G7 partners are set to meet in Germany later today (Thursday, May 19) to find a way to fix Ukraine’s devastated finances.